The St. Joseph's Catholic Church is one of the most beautiful buildings in downtown Macon. With its twin towers standing 200 feet tall and its stained glass windows, this church is an esteemed example of Neo-Gothic architecture. One of the more spectacular features of this church is its 67 stained glass windows, each portraying the incidents in the lives of the Holy Family and the Saints. Moreover, the church’s organ, built by Pilcher’s and Sons of Louisville, Kentucky, contains over 1,000 pipes ranging in size from a standard thermometer to the thirty-two foot resultant in the pedal board. Work on the St. Joseph’s Catholic Church was begun on 1889 and it was dedicated in 1892. As a central element of the Macon community while reflecting the history of the Catholic parish in the area, the St. Joseph’s Catholic Church was listed on the National Register of Historic Places in 1971. 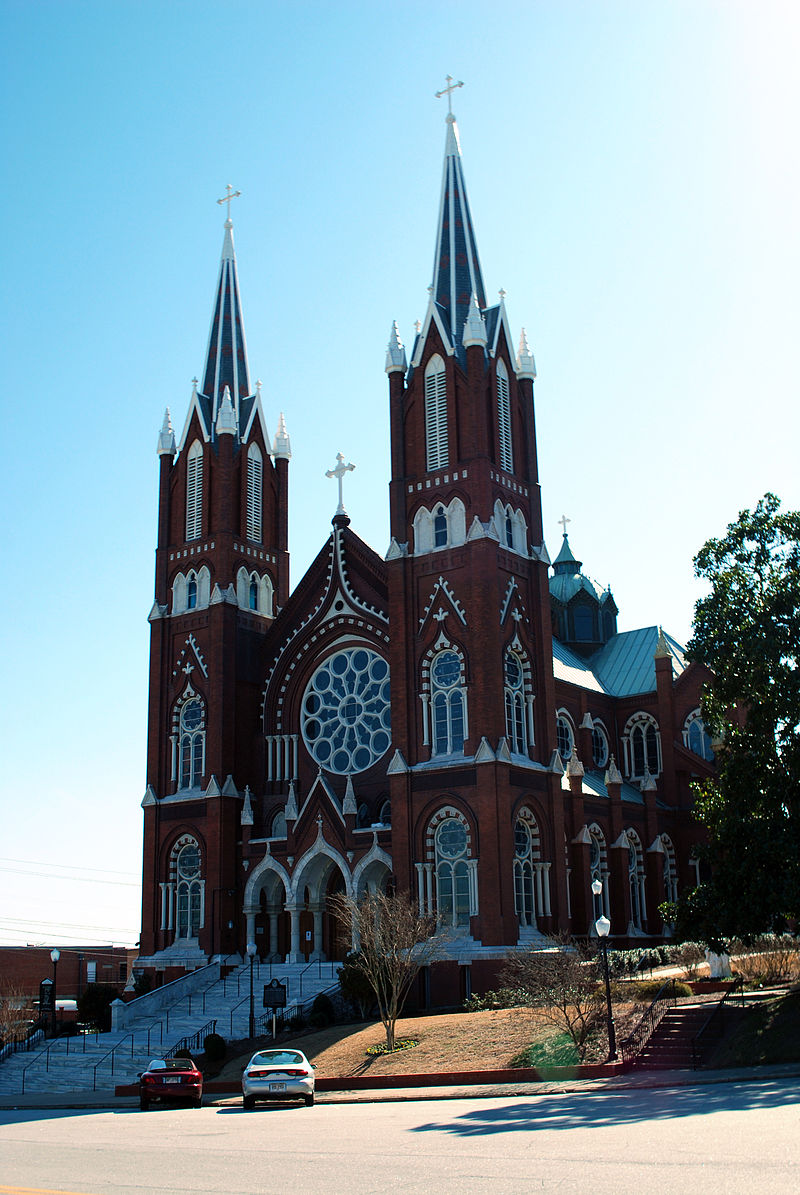 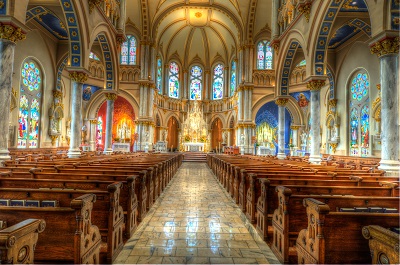 Another view of the church interior 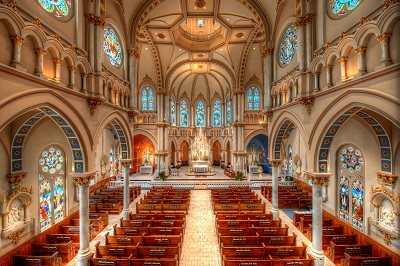 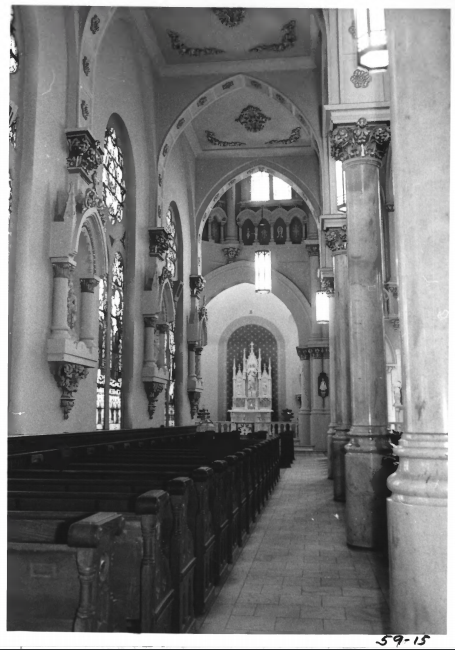 Rear view of the church 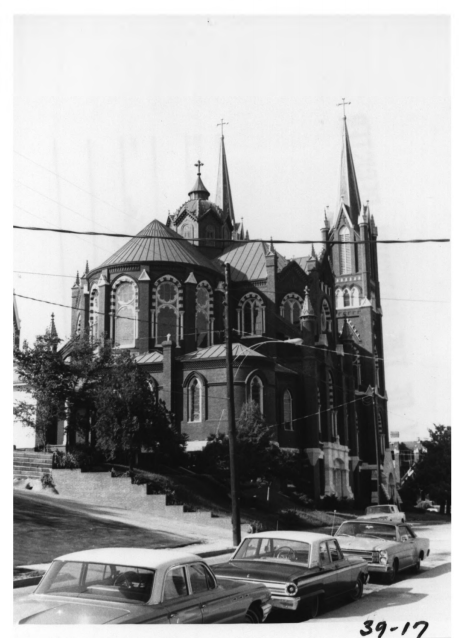 A Catholic congregation had been in the Macon area since the early 1840s, and even at that time, it had been their dream to establish a church. As such, in 1841, about 50 parishioners and their priest, Father James Graham, bought a Presbyterian church and started the first Catholic parish in Macon. The congregation grew over the years, and in 1865, Father James O’Neill found the church too small for the congregation. The parish then purchased another Presbyterian church on today’s Riverside Drive.

Due to requests from the Bishop of Savannah, an influx of Jesuits came to Macon from New Orleans to staff the St. Joseph’s Pio Nono College, and within a year after the Jesuits arrived, they were determined to build a more worthy church. The foundation for the new church was laid in 1889 and the plans included a modified Romanesque-neo-Gothic style.1

At the time of its dedication, the church was revered for its beautiful, 200-feet-tall towers jutting into the sky, its 67 stained glass windows from Bavaria, the 1,000-pipe organ, and the stunning white Carrara marbled altar and pulpit. In fact, at the time of its dedication, the Macon Telegraph wrote on November 15, 1903, "If architecture may be fittingly described as frozen music, St. Joseph's Church, to be dedicated today, is a symphony."2