Built in 1893 and added to the National Register of Historic Places 1973, this church is probably the oldest remaining Russian Orthodox church in Alaska. Interestingly, the Juneau area, was not settled by Russians, nor were missionaries sent here. It was the Tlingit who promoted and firmly established the faith. It is still a functioning church and has been the place of worship for native Tlingit Alaskans. There is also a rectory building that has a small gift shop. The small, octagonal wooden church features a church bell that was cast in St. Petersburg, Russia. 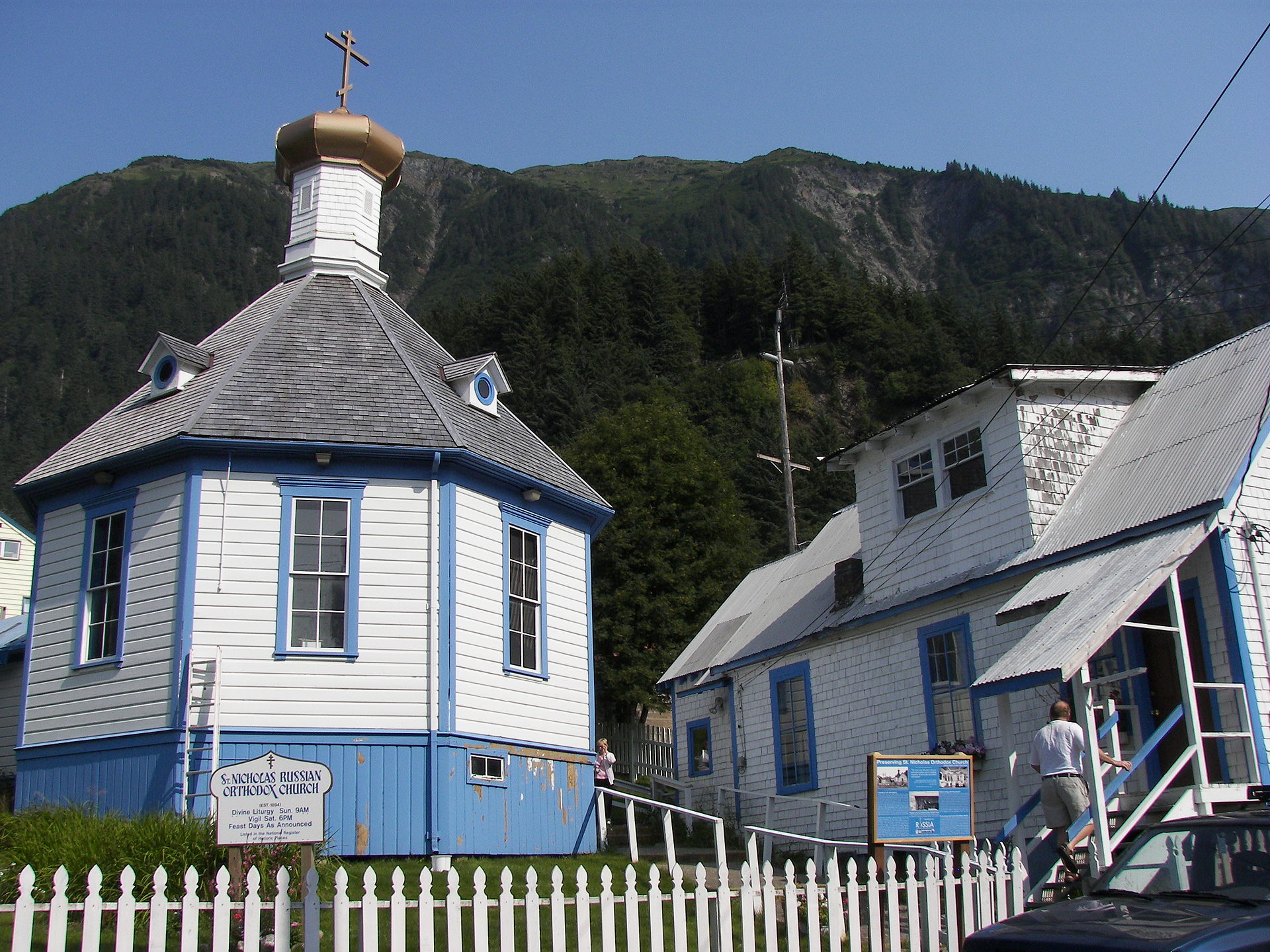 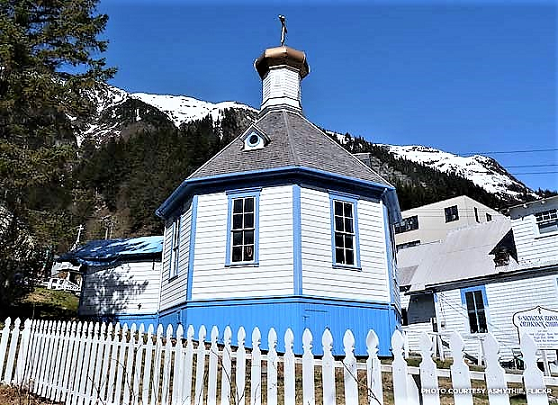 Russians settle in Sitka, the region of islands west of Juneau (not including Admiralty Island), and to their credit adopted local native languages in order to better communicate with native peoples. The Orthodox Church had used native languages since 1800 in Kodiak and since 1824 in the Aleutians. This had the effect of attracting more natives to the Russian Orthodox faith than to others. American Catholic missionaries were only allowed to give masses in English under orders from the U.S. government. Many of those missionaries didn't think much more highly of Orthodox Christianity than of the native religions.

In Sitka, many of the Tlingit embraced Eastern Orthodox Christianity during the period of Russian control, from 1741-1867. A leader of a tribe in Juneau, Anathahash, heard about what was going on in Sitka and converted in 1890. That same year, he returned with the Rev. Vladimir Donskoy, the first Russian Orthodox priest to conduct services in the area. Eventually, hundreds of Tlingit people were baptized. In 1892, Bishop of Alaska Nikolai Ziorov (born Mikhail Zakharovich Ziorov) visited Juneau from San Francisco. Tlingit leaders believed they had seen St. Nicholas in their dreams. Afterwards, about 700 of the 1,500 Tlingit people in the area converted.

Upon hearing that the faith had been established in Juneau, the Orthodox Missionary Society in Russia sent architectural drawings for the church, money for the construction, icons and other items to Juneau. Many of these items are still located in the church. Some of them are still in use.

The church was established in 1892, built in 1893, and consecrated early in 1894. Bishop Ziorov consecrated it in the name of St. Nicholas, Protector of Mariners. It is a small wood-frame structure built on an octagonal plan. The characteristic onion dome was built in 1895. The bell and belfry were constructed and placed between 1905 and 1906. The bell was cast in St. Petersburg, Russia (Санкт-Петербург, or Sankt-Peterburg in Russian). It was added to the National Register of Historic Places in 1973.