The Juneau-Douglas City Museum building was constructed in 1951 as a library and was the first major project undertaken by residents of Juneau. It served as a library until the 1980s when the library moved to another location on Marine Way; the museum opened in the building in 1989. The museum chronicles the social, economic, and cultural history of Juneau and surrounding area, which is known as Douglass. Highlights include a 500-700 year old fish-catching basket and a large topographical map of Juneau. There are several permanent exhibits that look at the city's evolving shoreline, woodwork of the Northwest Coast and Tlingit people, out door recreation, mining, and hydropower. The building is also the location where the Alaska statehood ceremony took place on July 4, 1959. The building's significance in Juneau's and Alaska's history justified its listing on the National Register of Historic Places in 2006. 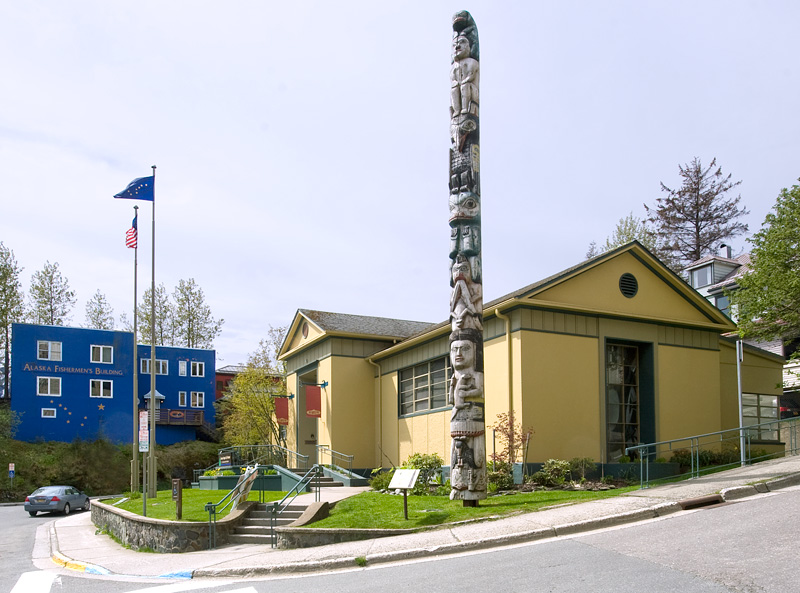 On August 28, 1945, the Juneau Rotary Club announced it was going to lead an effort to constructed a building that would be both a library and a veterans memorial to honor the Alaskan men and women who fought and died in World War I and II. Alaska became the 49th state and the 49-star flag still flies outside the building as a reminder of the granting of statehood and the Alaskan veterans.