Located in Bayport, a census-designated place (CDP) in Hernando County, Florida, Bayport Park was once the location of a thriving port. During the Civil War, at least five clashes between Union Troops and Confederate forces occurred in the waters of the Weekiwachee River system. A popular location for blockade runners, Bayport soon attracted the attention of Union Blockade Squadron. The Battle of Bayport, which occurred on April 3, 1863, ultimately forced the Union forces to retreat, leaving Bayport in Confederate hands. 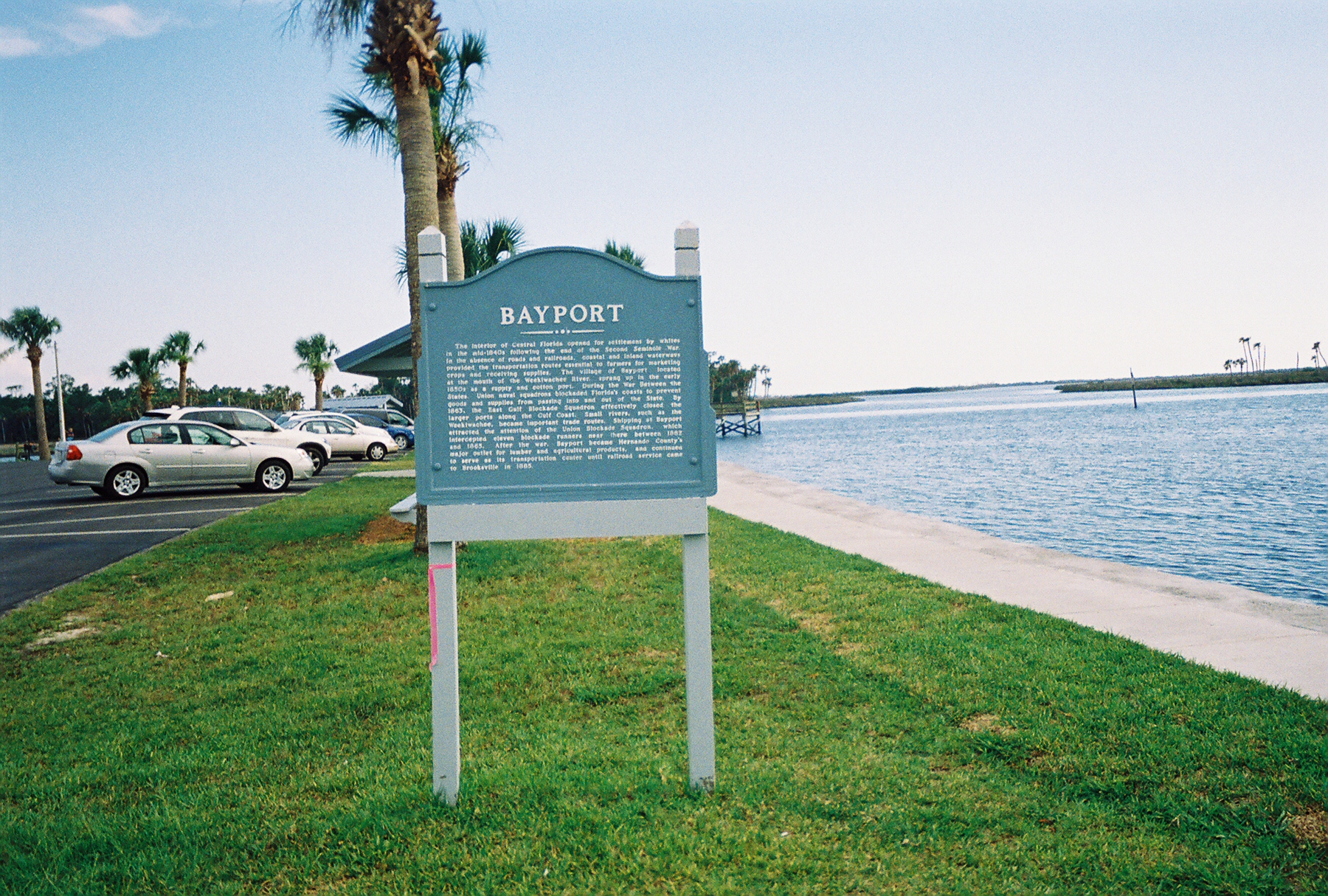 Bayport, also known as Bay Port, is a census-designated place (CDP) in Hernando County, Florida. It was established by the Florida Legislature in 1853 and developed largely through the efforts of John D. Parsons, a prominent landowner and war veteran from New Hampshire. Once a thriving port town, owing to its position at the mouth of the Weeki Wachee River, the town's trade traffic peaked during the American Civil War. The town exported cotton, beef, and salt for Confederate troops.

Blockade runners soon discovered Bayport and used it as a base for their activities. Ideal for the small, shallow draft schooners popular amongst commercial ship captains supplying guns to Confederates, the town attracted the attention of the Union Navy who had noticed that many of the captured ships had sailed from Bayport. The Union, determined to close major Confederate port cities, formulated plans to address the issue.

On at least five occasions between 1863 and 1865, Union ships confronted blockade-runners in or near Bayport. On April 2, 1863, an flotilla of six launchers and cutters left the U.S. Sagamore, Fort Henry and St. Lawrence. Owing to strong winds and the outgoing tide, the Southern forces had ample time to prepare for combat by the time the ships reached the port. These preparations included an earthenwork battery on which was mounted two heavy guns.

Fortunately for the Union troops, the crew of a destroyed sloop (Helen), provided information which alerted them to the Southern defences. The largest Union ships in the flotilla attacked, aiming their howitzers at an anchored schooner. Riflemen positioned on shore joined in the fighting, which lasted for about half an hour. By the end of the battle, the schooner was in flames, having been destroyed to prevent capture, and the Confederates had fallen back from the battery. Casualties were minor. However, when Union Acting Lieutenant E.Y. McCauley decided to withdraw, owing to the poor condition of the howitzers, Confederate forces returned and fired on the Union soldiers until they were out of range. Consequently, Bayport remained under Confederate control and would later play a role in the Brooksville raid.

Following the war, Bayport would become a recreational destination and fishing retreat, though the population dwindled to under 20 people by 1919. The site of the town is now Bayport Park, an Environmentally Sensitive Land (ESL) which features a boat launch, picnic areas, and a pier with a nearby interpretive marker describing the history of the old community. The remains of the Bayport Battery are still visible.