The famous Beckman Mill, located on the grounds of a 50 acre county park.

Historical photograph of the Beckman Mill. 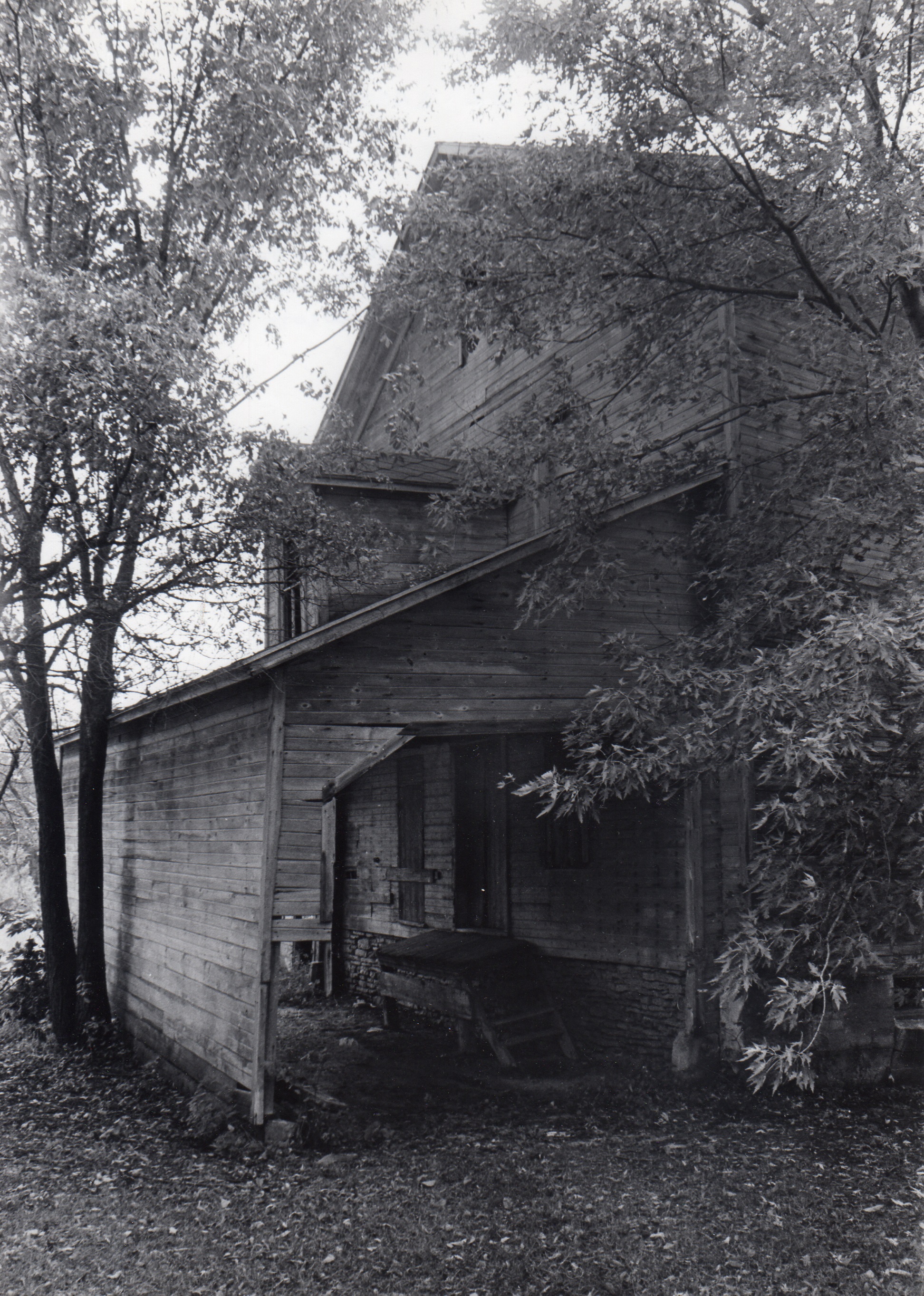 Built in 1868, Beckman Mill was constructed on the east bank of Coon Creek in Rock County’s Newark Township. The mill represents an era where mill working was a symbol of American engineering and a move towards mass production - at least in its infancy.  As well, it stands as a monument to the genesis of Beloit as an Anglo-American town, founded by New England Puritan transplants who wished to enjoy religious freedom as well as freedom to practice farming and labor as a community. They were, in essence, some of Wisconsin's first frontiers.

From 1845 to 1853, a distillery resided in the spot where the mill exists. However, a fire destroyed the distillery. In its place, a mill was erected. Except for three years (1890-1892) when postal employment took precedence, William Howe operated the mill continuously until 1908, when Charles and Henry Beckman purchased it from Howe. The brothers co-operated the mill under the name "Beckman Brothers" through the 1930s.  The mill produced buckwheat flour, packaged in 5, 10, and 20 lb. paper bags and identified as “Strictly Pure Fresh Ground Buckwheat Flour.” In 1939, Henry passed away and Charles continued to operate the mill until the mid-1950s. In 1977, the mill was placed on the National Register of Historic Places"1

The presence of the mill represents much of Beloit's early history, where mills dominated the landscape, notably along the Rock River and Turtle Creek. Much of that is due to New England puritans who took advantage of new space provided by the U.S. westward expansion and territorial gains, such as the Northwest Territory. With New England becoming increasingly crowded and arable lands less attainable, Puritans sought a new place to live. In part, the Puritans wanted to remain true to the faith that their ancestors not only brought with them from Europe, but also developed in the New England frontier. In other words, they had no qualms with packing their things, heading west, and improving new lands.2

In fact, in 1835, a New England community formed the "New England Emigrating Company," who looked to explore much of the Northwest Territory for a new place to settle. As it turns out, "The Rock River region of southern Wisconsin was the most pleasing."3 One of the first accomplishments of Beloit's founders from New England involved building a sawmill, gristmill, and Blacksmith shop.4

The raising of mills is confirmed by the personal accounts of Lucius G. Fisher who commented in 1836, "Mr. Goodhue and sons had commenced building a dam across Rock River, and afterwards a saw mill was built to cut basswood lumber to raft down the river where new settlements were being made."5

The mill also represents a time in America where Americans were reaping the benefits of engineering advancements predicated on the need to help the U.S. flourish, which would manifest itself during the Industrial Revolution. In the 1860s, the labor issues that plagued the Gilded Age had yet to develop, but the ingenuity was evident. Mills had increasingly become more efficient and generated more power, thus helping the speed and production of manufacturing. Much of that began with James B.Francis in Lowell, Massachusetts, whose meticulous testing and innovations during the 1840s and 1850s radically changed mill operations. His success helped New England mills, and eventually the entire nation, including in Beloit.6

Saturdays and Sundays from 1 to 4 PM May through October.