This is a contributing entry for Downtown Morgantown Public Art Tour and only appears as part of that tour.Learn More.

As an introduction to the brand, the Coca-Cola Company began painting murals across buildings in America in 1914. Today these murals represent not only the unique advertising history of Coca-Cola, but also the history of the communities these murals were placed in. Local Coca-Cola employee, John D. “Jack” Courtney, painted this mural along Morgantown’s High Street in 1953. The mural was covered up and forgotten for many years by a building placed next to what once was Comuntzis' Downtown restaurant. This ghost sign saw light again just a few years ago when the adjoining building was torn down, and successful efforts were made to restore the mural in 2015. 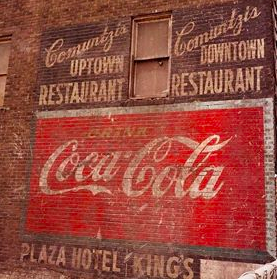 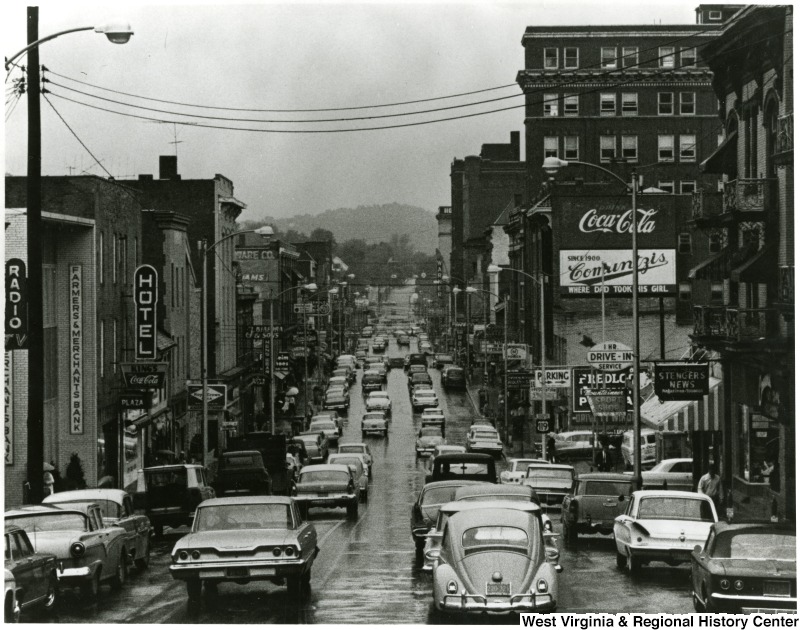 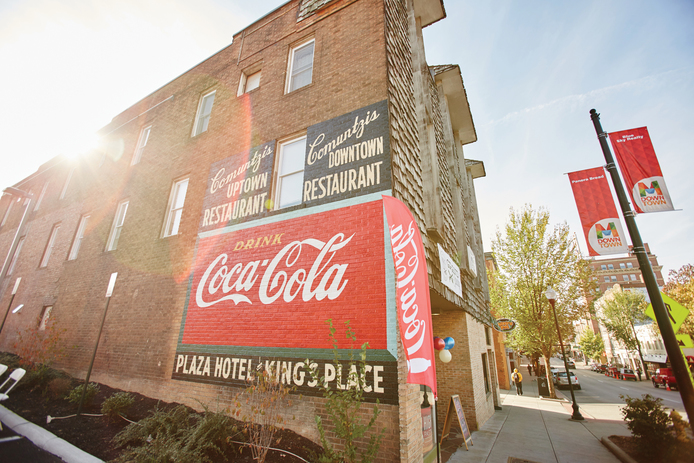 Announcement for the unavailing of the newly restored mural. 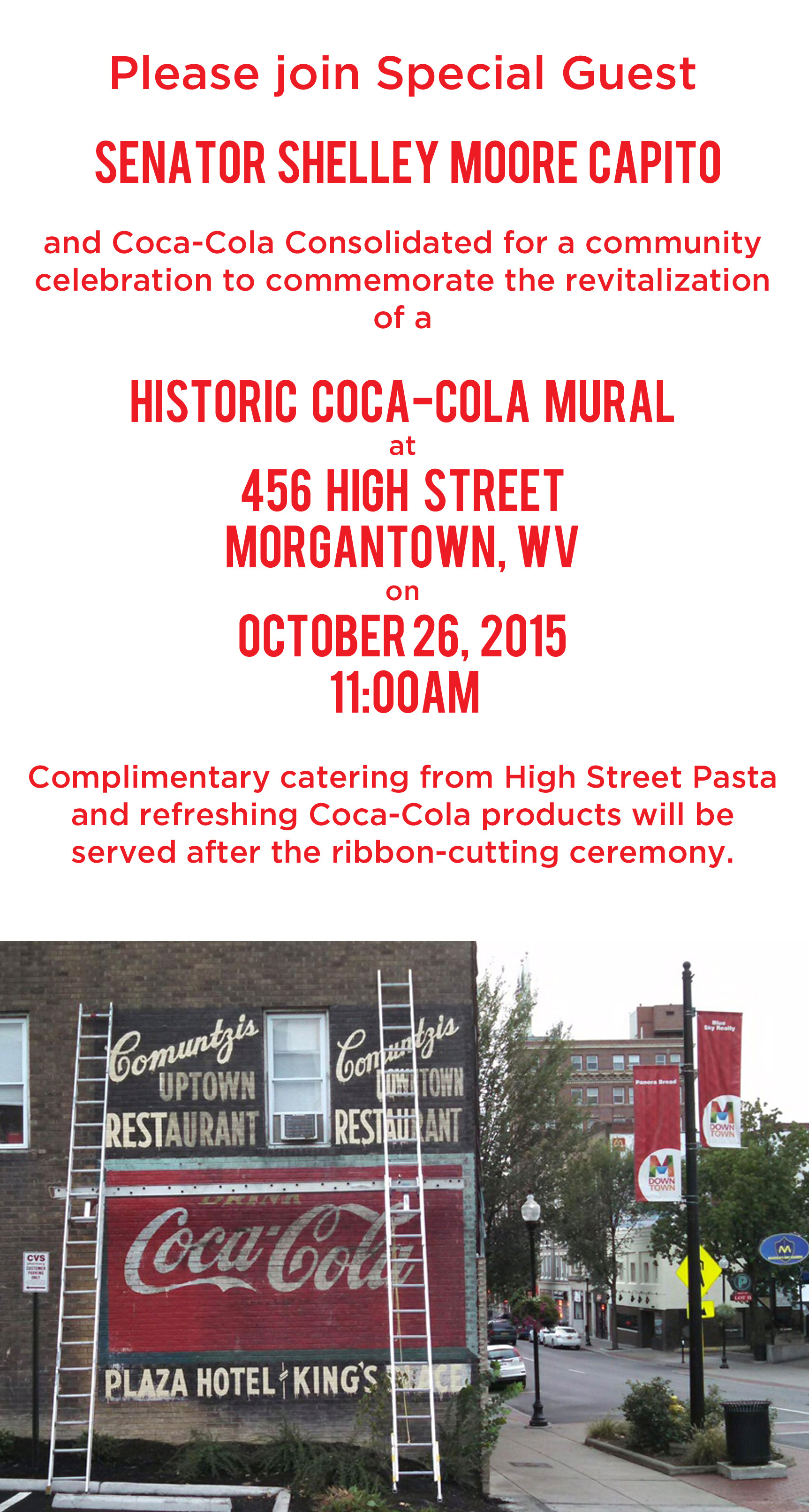 First seen sweeping the nation in 1914, these Coca-Cola murals brightened walls of the most popular, historic, and influential buildings throughout the smallest towns in America. Most of the murals were placed in the rural southern parts of the country, showcasing the reach of the company as well as its publicized values at the time. Hand painted murals were the billboards of the time and became embedded in urban landscaping.

"The signs are a part of an old town and an old city. When you can bring them back, you bring back part of that time to today. It instills a lot of pride. It makes you smile. It makes you remember the days of the old soda fountains where you would go in and they would mix it up right there in front of you. You would sit there with your mom or dad or your friends and have a cold coke. It sure makes you feel good." -Jeff Miller, Hendersonville, NC City Counsel. 1

This 1953 mural not only promoted the national Coca-Cola brand, but also promoted local businesses including Comuntzi’s restaurants and the Plaza Hotel. Opened in 1911 at 368 High Street, the downtown Comuntzi’s was a cherished local diner. The Plaza Hotel was located across the street from the building on which the mural was painted. Neither businesses exist in Morgantown today, but their memories are preserved through this mural. The mural was hidden and forgotten when the Farmers & Merchants Bank building was later erected in the adjoining lot. This “ghost-mural” was rediscovered when the bank building was demolished for new construction in early 2014.

"It is part of our history at Coca-Cola, definitely, but what we discovered is it is a part of the history and the tradition of each one of these towns where these signs once existed and are now coming back to life." -Lauren Steele, Sr. VP of Coca-Cola1

Coca-Cola Consolidated began a nationwide restoration project to unveil multiple "ghost murals" across the country. They generously funded this mural’s restoration in the fall of 2015. Many local and state officials participated in the October 2015 ribbon cutting to celebrate the mural's restoration. Coca-Cola refreshments were served to commemorate the products for which this mural was created.