Kilauea Light is one of the country's most well-preserved lighthouses and is a prominent landmark on the island. The Classical Revival style, concrete structure was built in 1913 and featured a second order Fresnel lens, which floated on a pool of mercury and operated by a large system of pulleys and weights. The lighthouse was accompanied by an oil storage house, engine house, and three stone houses where the Coast Guard operators once lived. It is one of the island's most visited attractions. A paved walkway leads to the light from a parking lot and there are interpretive panels as well as stationary binoculars along it. A visitor center is also located at the site. The lighthouse was listed on the National Register of Historic Places in 1979. 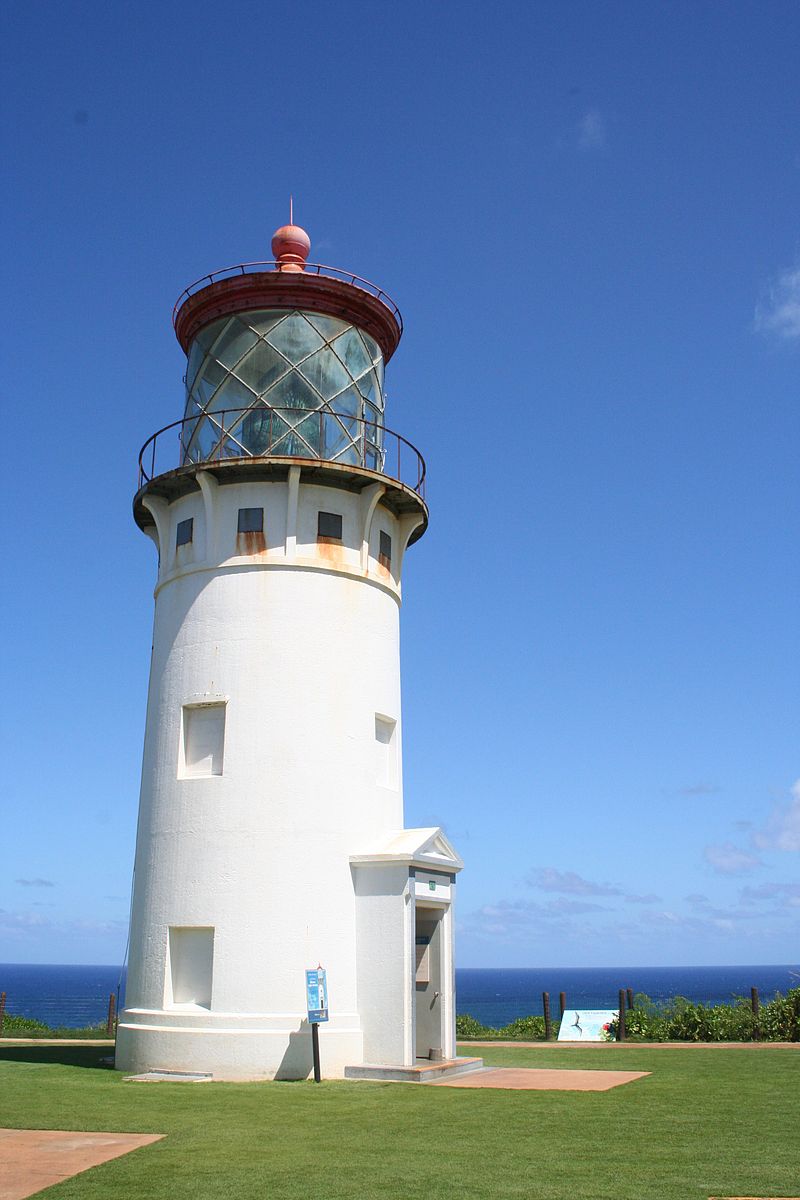 The light is famous for its role as saving the lives of two men who were attempting to make the first trans-atlantic flight from the West Coast to Hawaii. As they approached Hawaii they realized they were too far north. But thankfully they heard the radio beacon coming from the lighthouse (other sources state they saw the lighthouse) and were able to calculate their location and landed safely in Oahu.

The light was finally automated in 1974 and two years later was replaced by a light beacon, thereby rendering it closed. However, the lighthouse has been restored and maintained and remains a popular tourist destination. It does not appear that visitors can enter it.