This round tower is located at the west side of the fort. 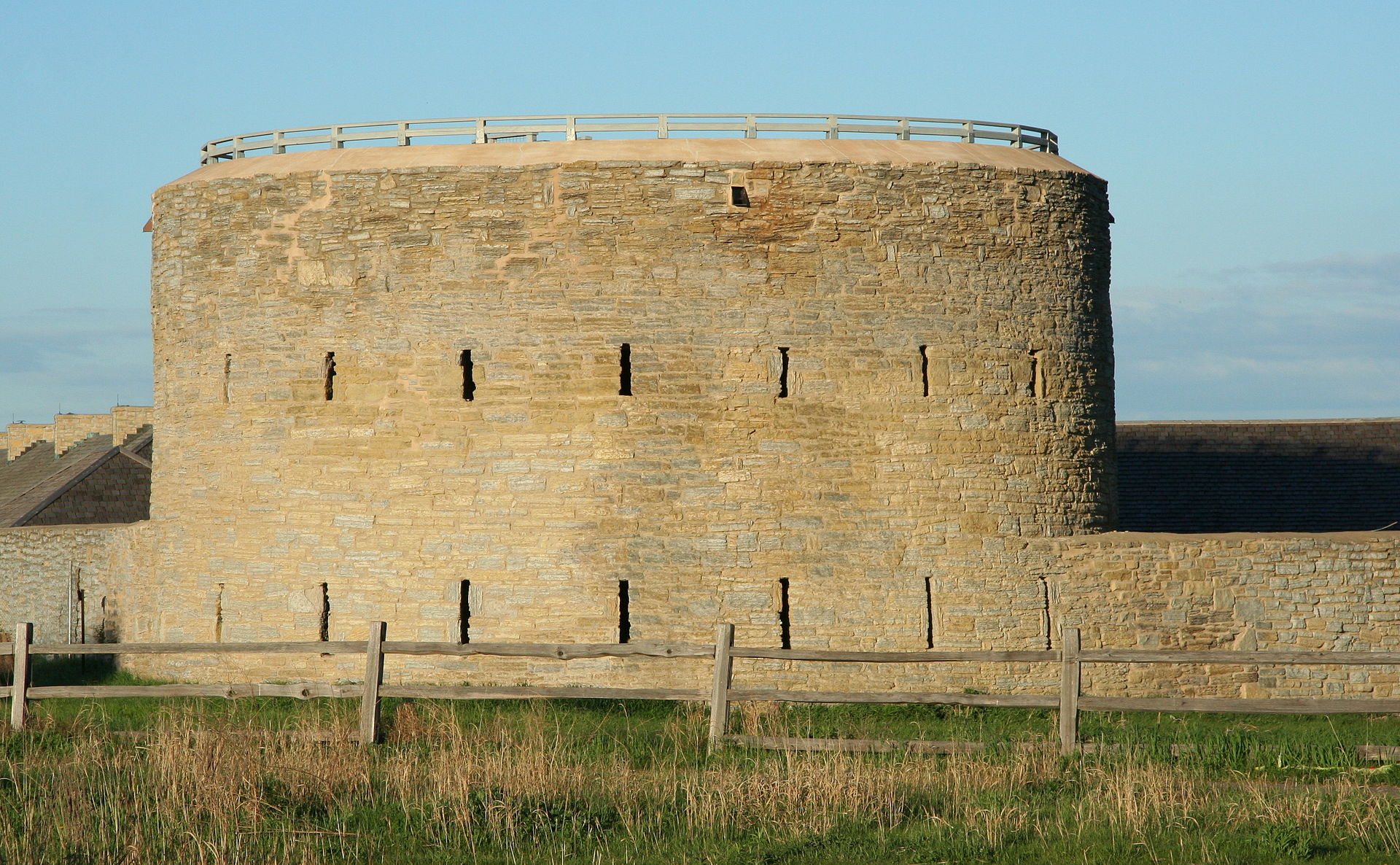 Fort Snelling was established in 1820 at this strategic river junction to help maintain American control of the region and its fur trade. Because fur traders often utilized slaves, enslaved African Americans lived and worked at Fort Snelling during its early years. By the time Minnesota became a free state in 1858, the fort was used primarily as a place to stage when and supplies for campaigns against Native tribes of the West.

At the start of the Civil War 1,000 Minnesota men were billeted in wooden barracks of the fort as they trained in preparation for battle. The fort also included a hospital for sick and wounded troops. By the end of the war 25,000 men from throughout the region had passed through Fort Snelling for training, or to recover from wounds and illness.

Over 1500 Native Americans were detailed at Fort Snelling during the U.S. Dakota War.

During the Spanish American War, Fort Snelling once again served as a training camp. Many of the existing stone and brick buildings were constructed after 1898 in order to house the infantry, cavalry and artillery units that trained here.

After the Civil War, Fort Snelling became the headquarters of the U.S. military’s Department of the Dakota and served as a training and supply center for campaigns aimed at pacifying American Indian nations in the West during the second half of the 19th century. During the 1880s the fort was often home to African American troops known colloquially as "Buffalo Soldiers."

Following the Selective Service Act of 1940, Fort Snelling Reception Center was created to process new recruits and prepare them for military service.