Parker Mill County Park is the only surviving mill property out of five that once stood along Fleming Creek, and it is the only pioneer mill that is still functional in Washtenaw County. The gristmill was constructed in 1873 by William and Mary Parker, and the adjacent cider mill was built in 1887 by their son Frederick. The family owned and operated the mills until about 1960. In 1984, the land was converted into Parker Mill County Park. Today, the historic mills are used for educational programs and tours, while the rest of the park is open year-round with access to nature trails, a wetland boardwalk, and picnic areas. 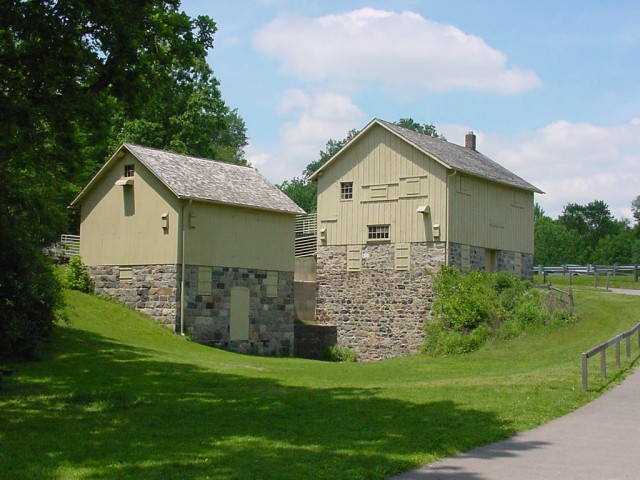 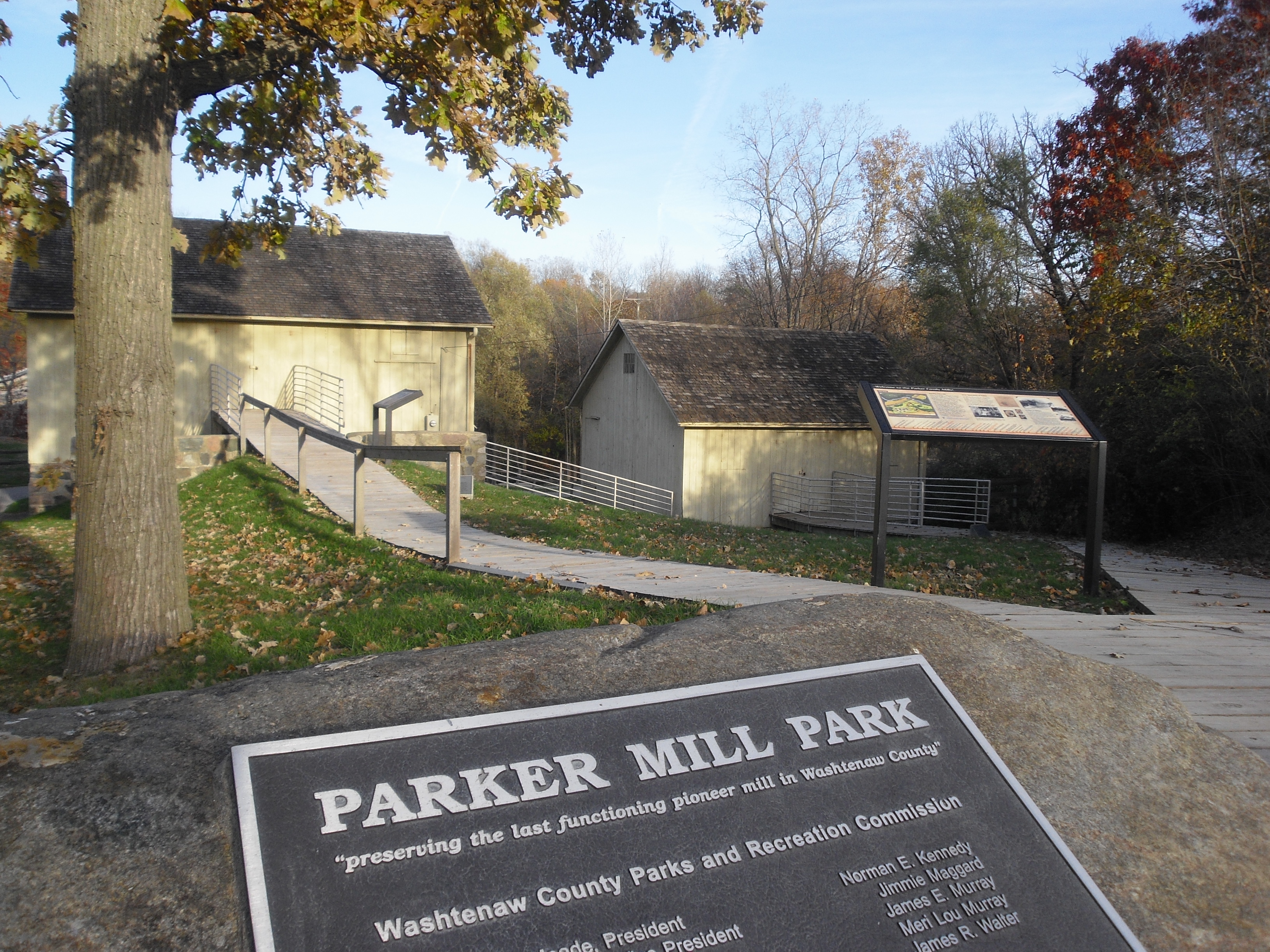 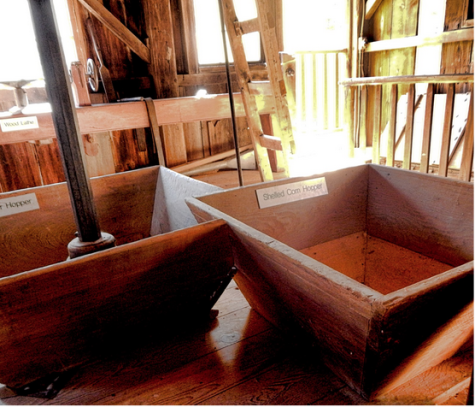 Children learn about the milling process 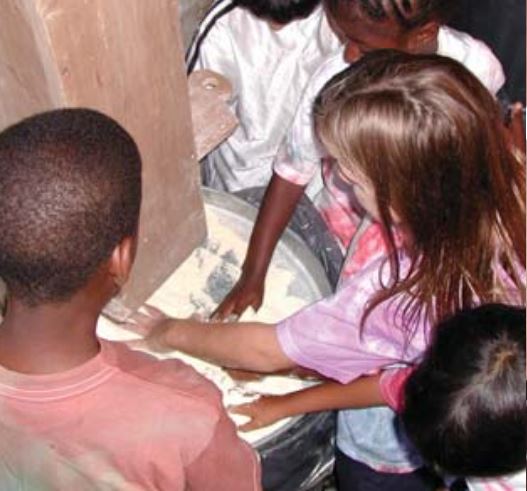 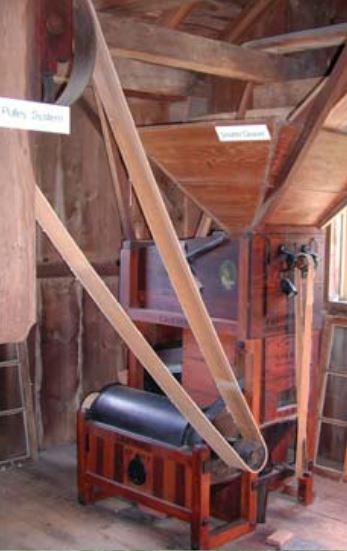 One of the millstones 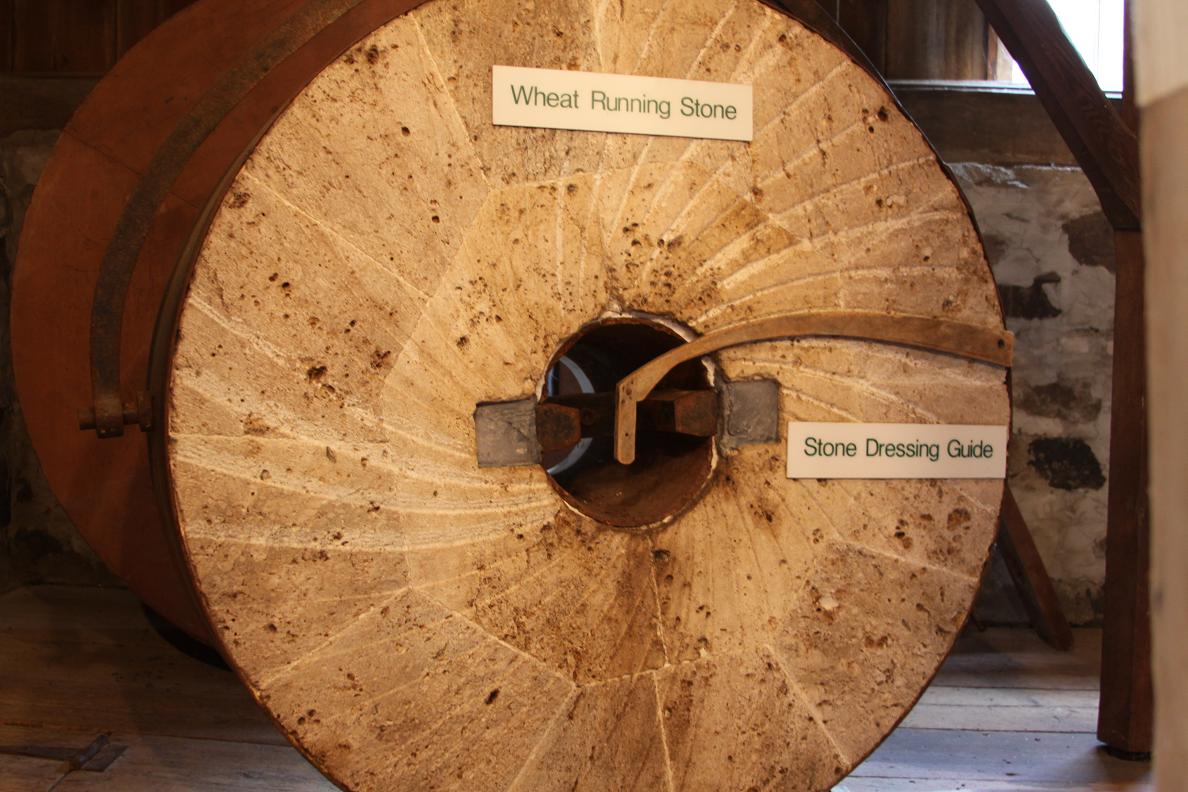 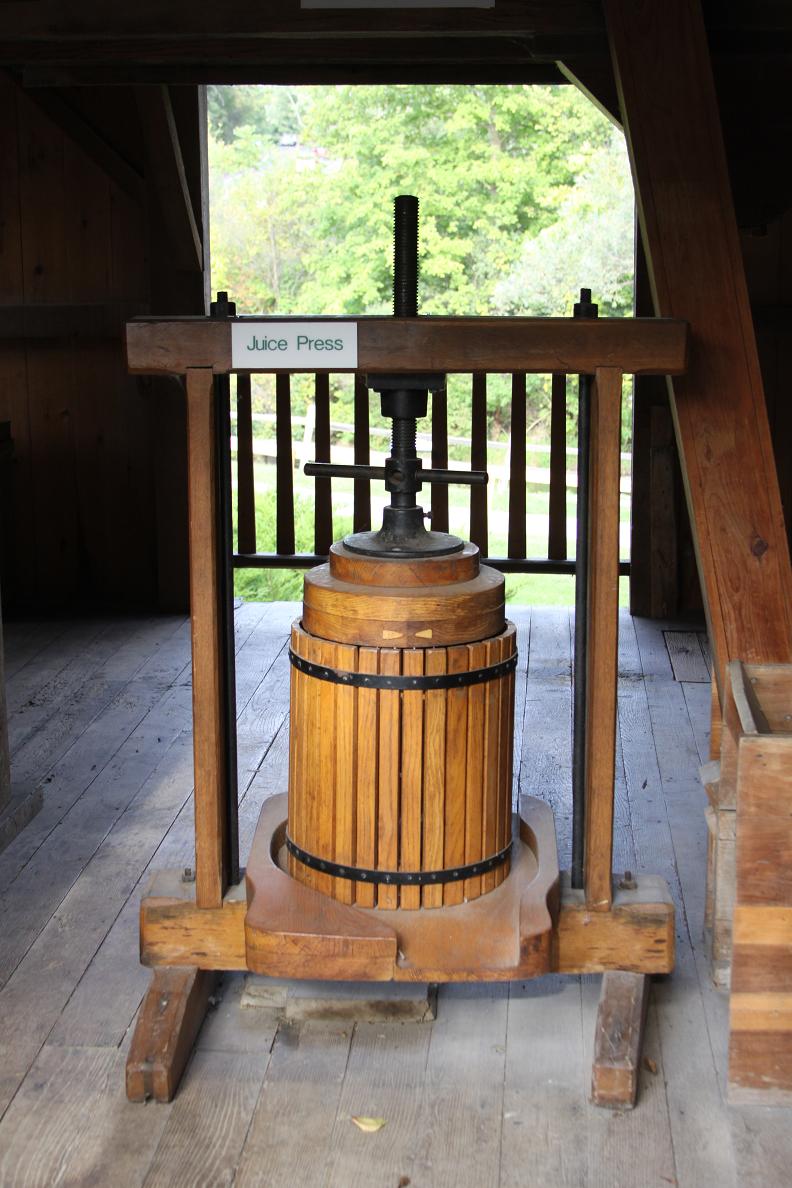 The Parker's property as seen on an 1874 plat map 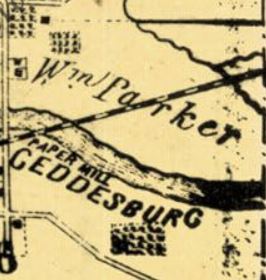 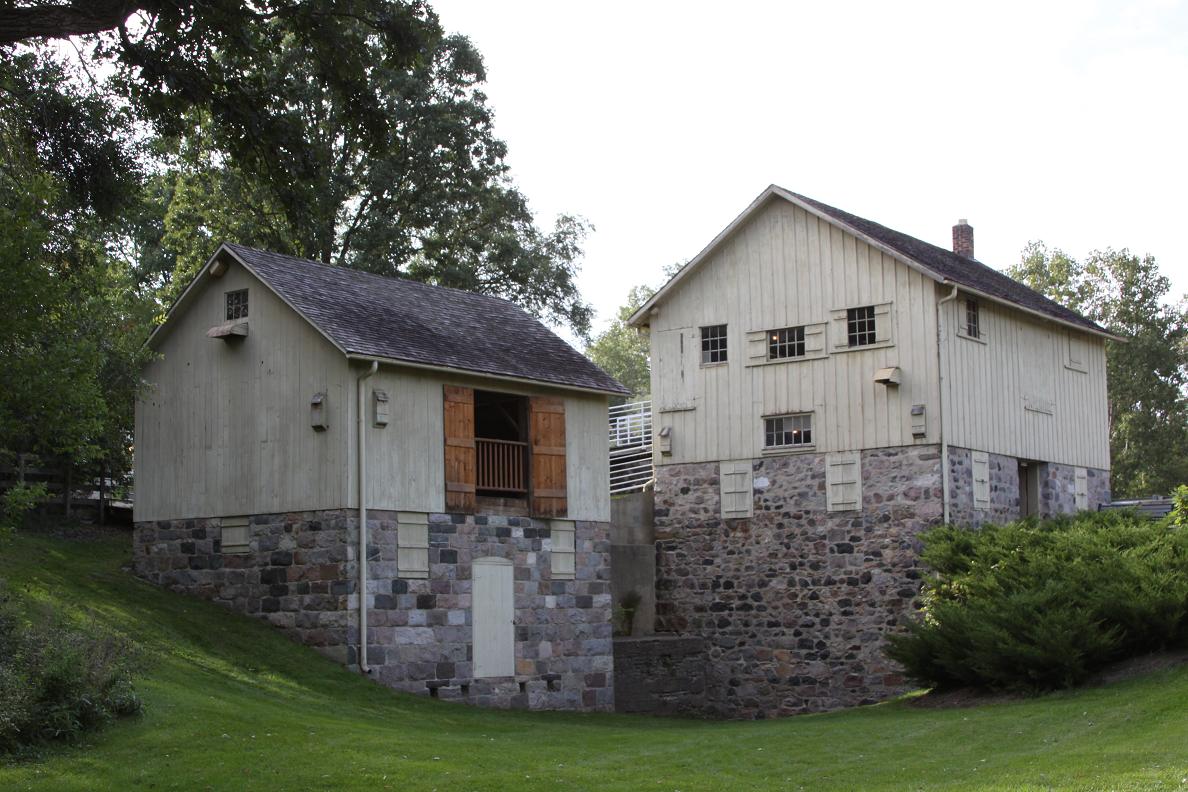 Bridge at the park 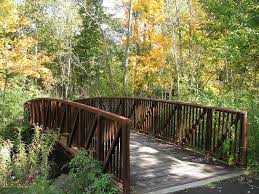 Pavilion at the park 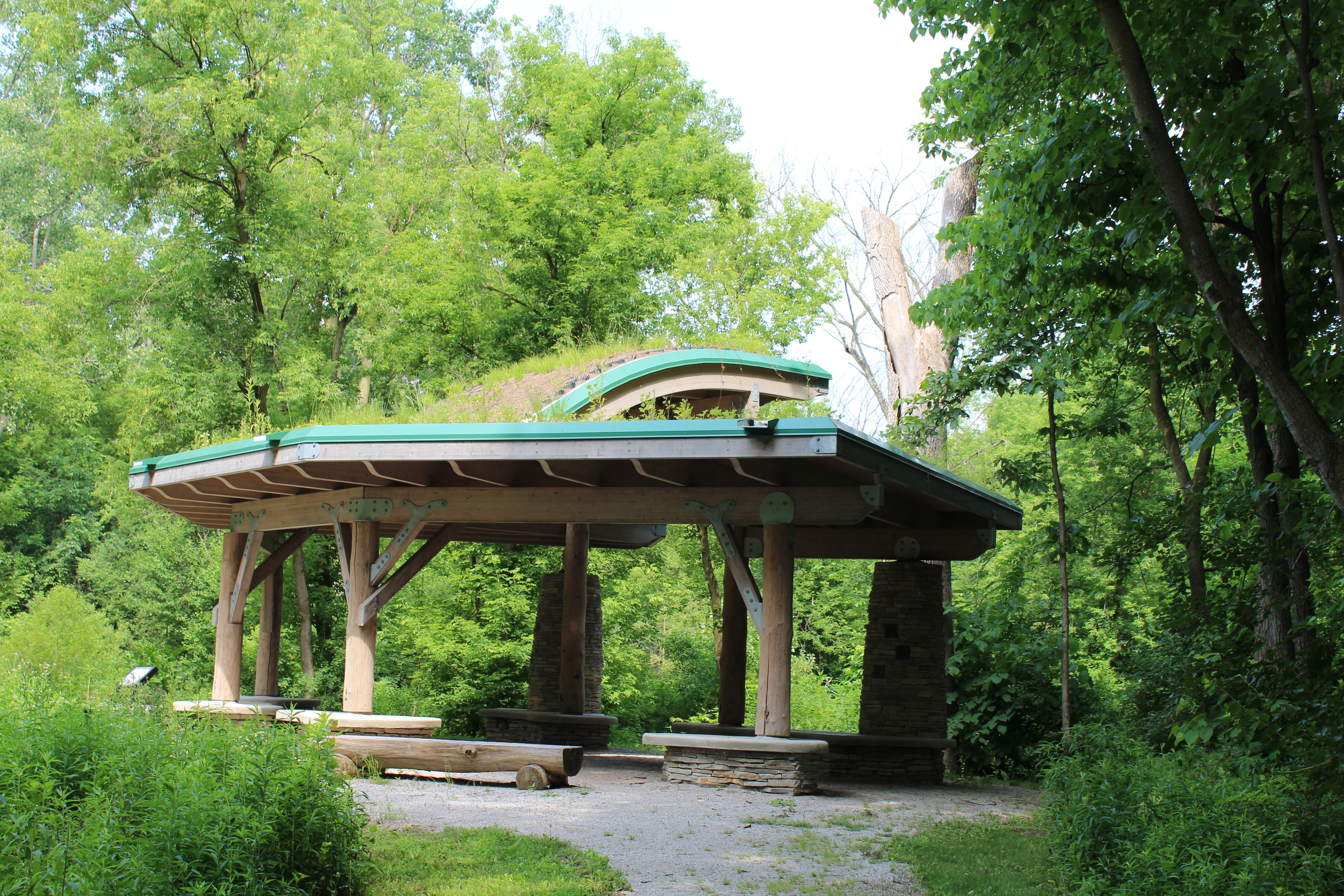 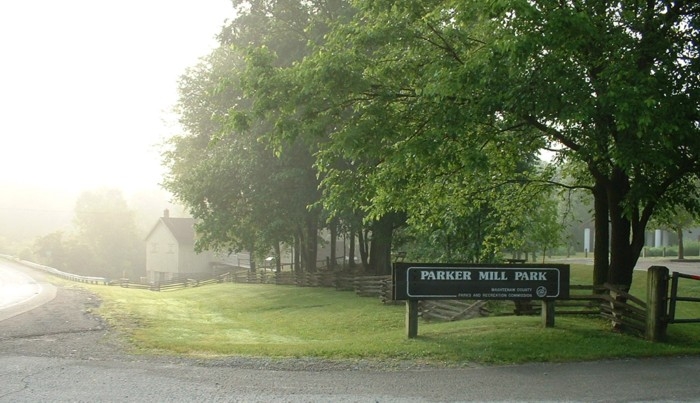 William and Mary Parker were immigrants from England who settled in Washtenaw County in 1863. At that time, they purchased about 60 acres of land for farming, which included an old abandoned sawmill that had been built in 1824 by Richard Fleming. Lumbering had been a major industry in the area, but business moved away as forests were depleted. In 1873, the Parkers decided to build a gristmill over the foundation of the derelict sawmill. The mill used running water from Fleming Creek to rotate a two-stone system to grind grain into flour or animal feed. Initially, the Parkers ground wheat and corn for their own use, but gradually neighbors and other community members took advantage of the mill and their business grew. In 1887, the Parkers’ son Frederick built a cider mill next to the gristmill, making cider out of apples from their own orchard. The mills were constructed using local materials such as field stone and sand and gravel from the riverbeds. The family also oversaw construction of the Geddes Road bridge over the creek adjacent to the mills.1,2

When William Parker died in 1910, his son George took over the gristmill and expanded the business, selling flour, cereal, pancake mix, and vinegar commercially under the Fleming Creek Mill brand. The water-powered mill continued to operate despite growing competition from electric facilities. In 1924, the original wooden paddle tub was replaced with a metal turbine. That same year the mills were raised four feet to match the realignment of Geddes Road.2

The Parker family closed the mills in 1958 after George's death and almost over 80 years of operation. The land and mills were purchased that year by the Matthaei family. In the 1960s, the original millpond dam was washed out by heavy rains. In 1983, Fred Matthaei, Jr. sold 27 acres, which included the mills, to Washtenaw County for $165,000, accepting about $100,000 less than market value. A $133,000 grant from the Michigan Land Trust Fund allowed for the restoration of the mills, and the land was converted into Parker Mill County Park. The Parker family’s stone farmhouse and surrounding land remained in the hands of the Matthaei family until 2016, when they were sold to developers. The farmhouse is on the National Register of Historic Places and is expected to be used as a private residence or as administrative offices for the developing company.1,3

Parker Mill County Park today contains 45 acres of natural area along Fleming Creek and the Huron River. There are walking trails, a wetland boardwalk, fishing access, pavilions, and picnic areas. The Washtenaw County Parks and Recreation Commission offers interpretive nature programs at the park, as well as occasional tours and demonstrations at the mills. The grist mill still includes original machinery from when the Parker family ceased operations in 1958, and it is still operational, although it has been converted to run on electricity. The cider mill is used as a small museum with interpretive signs, and includes artifacts such as flour bags with the Parker logo. An 1870s log cabin is also on the property for visitors to explore.2, 4

Park open year-round, 8am - dusk Mill open Sundays in September & October and by appointment May - October