The St. Charles Hotel was built in 1820 at what is now the northeast corner of 3rd Street and Pennsylvania Ave. This hotel was known for its impressive entrance, which featured a series of three columnns with lotus capitals; two pilasters; and a cornice designed by Benjamin Latrobe. During the antebellum period, the hotel was also known for its “modern” high-class service. Like other hotels in the city at this time, the St. Charles accommodated business leaders and politicians, including Southerners who often traveled with slaves when they came to Washington. This hotel was unique, however, in that it included underground slave pens complete with iron bars and chains-a feature that made it the hotel of choice for slave traders and others traveling through the city. The original structure was partially destroyed in a fire and rebuilt in the late 19th century before being razed in 1926. 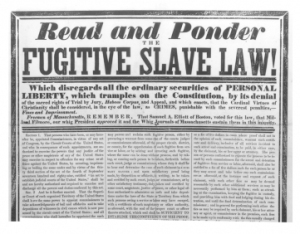 This image shows the New Capital Hotel, which was built from the remains of the St. Charles following a fire in the late 1800s.

The St. Charles hotel was the location of many important meetings between political leaders when they traveled to Washington, as it was once one of the city's most exclusive hotels. The hotel included a "special feature" to accommodate Southern planters and politicians whom might travel to the city with their human property during the 1850s when it included slave pens in the hotel basement. These underground cells included iron doors and iron rings embedded in the walls.

Following the end of the Civil War, the hotel experienced increased competition, with many guests choosing the Ebbitt House, Riggs House, and Arlington Hotel over the St. Charles. During the 19th century, the St. Charles Hotel accommodated a diverse number of Americans, albeit under circumstances that reflected rather than challenged the era's lack of equality. Enslaved men and women who worked as personal servants might stay in the rooms upstairs, but only so long as their proximity to their masters was desired. Likewise, Native American leaders were also provided with accommodations at the hotel, but only because Congress needed a place for these men to stay while they were in the capitol city to negotiate and sign treaties.

The hotel was partially destroyed by a fire in the late 1800s. In the effort to rebuild the structure, the hotel's distinctive main entrance was removed. After the hotel was rebuilt, it was also renamed the Capital Hotel. The name was changed twice more, becoming the Hotel Belvedere, and eventually the New Capital Hotel. The reconstructed building was razed in 1926.