Rollins college is a private, co-educational liberal arts college in historic Winter Park, Florida. Founded in 1885 by New England Congregationalists, Rollins is the oldest post-secondary institution in the state. The campus is home to many historic buildings, some of which are on the National Register of Historic Places, including Knowles Memorial Chapel and the Annie Russell Theatre. Additionally, the Olin Library houses one of the oldest and most extensive collections in Central Florida. 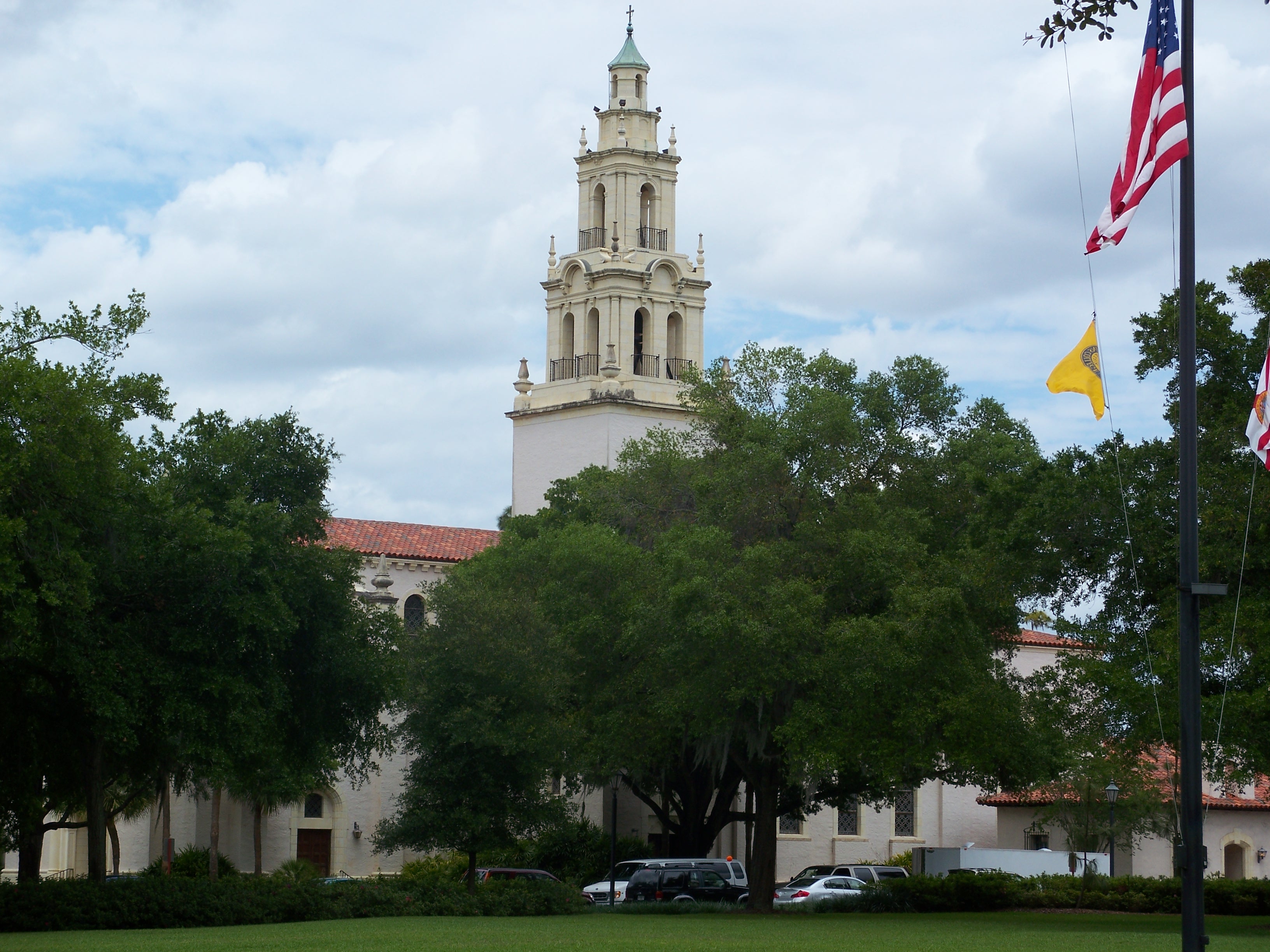 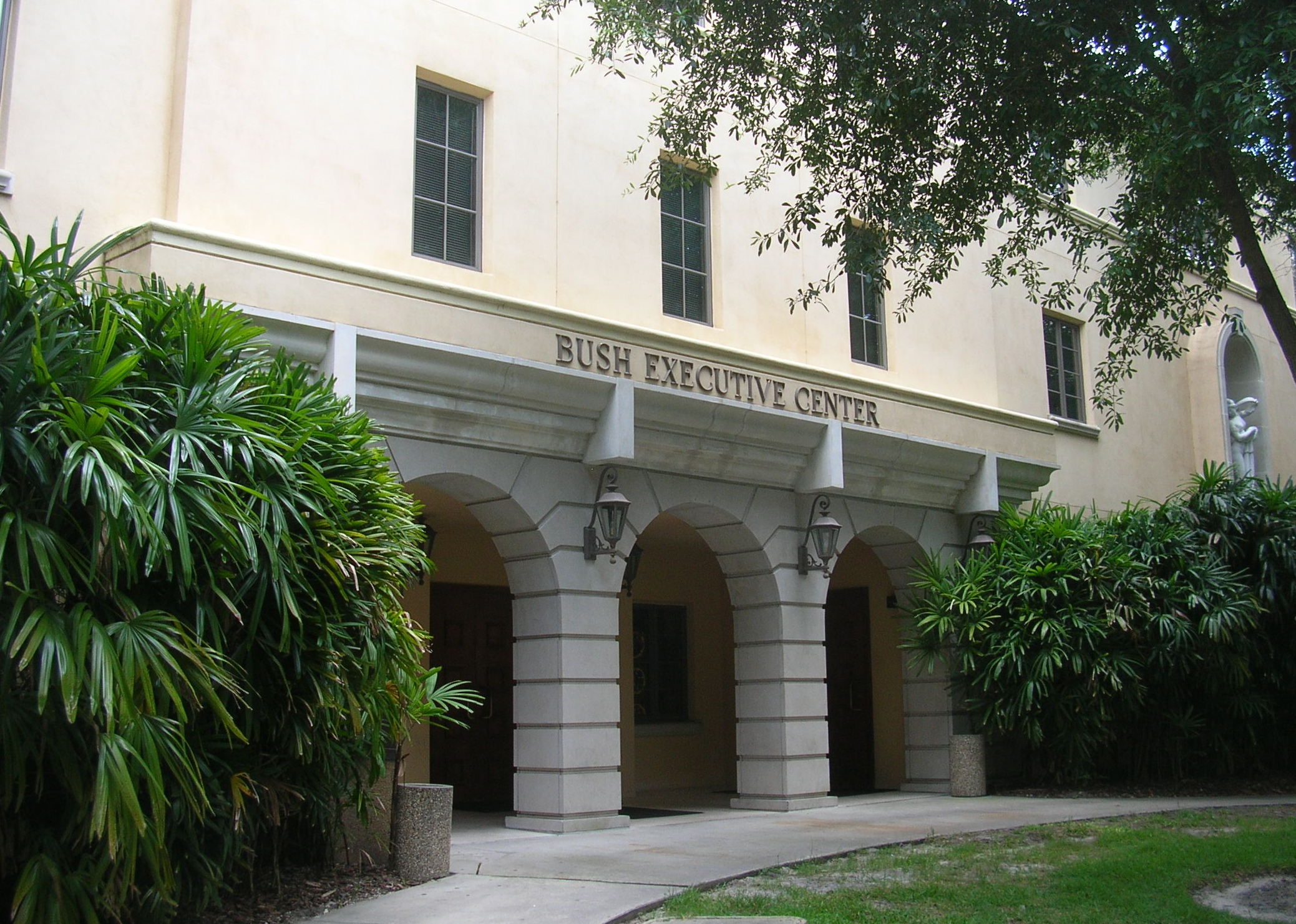 Rollins College is a four-year, non-sectarian, co-educational, liberal arts institution in the historic city of Winter Park, Florida. Founded in 1885 by New England Congregationalists, Rollins is the oldest officially-recognized post secondary educational institute in Florida. Lucy Cross, known as the "Mother of Rollins College," first put forth the matter of establishing a college in Florida before the Congregational Churches in 1884. Rollins owes its name to Chicago businessman and benefactor Alonzo Rollins. The campus lies on the banks of Lake Virginia and is the location of many buildings of historic interest.

The mascot of Rollins College is Tommy the Tar, and "TARS" is the name utilized by the school's athletic teams. The moniker dates back to in World War I, coined by female students to refer to uniformed trainees stationed on a small Navy Vessel that had been stationed on Lake Virginia. TARS was officially adopted as the name of Rollins sports teams in 1965, replacing the "Blue and Gold" nickname; blue and gold are the college's colors. Sports games are held in the Alfond Sports Center.

The unofficial mascot of Rollins College is small fox statue, the subject of a popular school tradition called "Fox Day," begun in 1956 by former school president Hamilton Holt. Every year, on one random morning in the spring, the statue appears on Mills Lawn and students are excused from class. Senator Murray Sams gifted the statue to President Holt in 1934, along with a cat statue that is no longer extant.

The school has repeatedly ranked as #1 in the South by Forbes and is well-known for its business program. The Rollins College Crummer Graduate School of Business offers students an Masters in Business Administration. Adult educational programs in several fields of study are available via the Hamilton Holt School. Notable Rollins alumni include successful businessmen, such as F. Duane Ackerman; Donald J. Cram (1987 Nobel Prize winner for Chemistry); athletes; and celebrities. Some alumni are represented on the "Walk of Fame" encircling Mills Lawn, which consists of over 500 stones taken from places connected to local people, or which honor historic places and events.

Rollins College's 70-acre campus is the site of several noteworthy buildings of architectural and historical interest, some of which are listed on the National Register of Historic Places. Two of these are the Knowles Memorial Chapel (dedicated 1932) and the Annie Russell Theatre (built in 1931). The Cornell Fine Arts Museum, also located on campus, contains a collection of art dating from antiquity to the modern day. Additionally, Rollins' Olin Library houses one of the oldest and most extensive collections in Central Florida, maintaining extensive archival records largely pertaining to local history.

The distinctive appearance of the school is the result of its heavy use of Spanish Mediterranean architecture, which makes it a popular location for weddings and special events. Just off campus are many other historic buildings and museums; the National Park Service added the Downtown Winter Park Historic District to the National Register of Historic Places in 2011.