The National Gallery of Art is situated at 4th and Constitution Ave. in Washington, D.C. The museum was established in 1937 following a joint resolution by the U.S. Congress to establish a public art gallery. Funds for construction of the facility, and much of the initial collection itself, were donated by Andrew Mellon. Exhibitions at the gallery include a diverse array of media that highlight the development of western art in the Middle Ages through the present day. The gallery holds the only painting by Leonardo da Vinci in the western hemisphere and contains the largest mobile ever created by Alexander Calder. 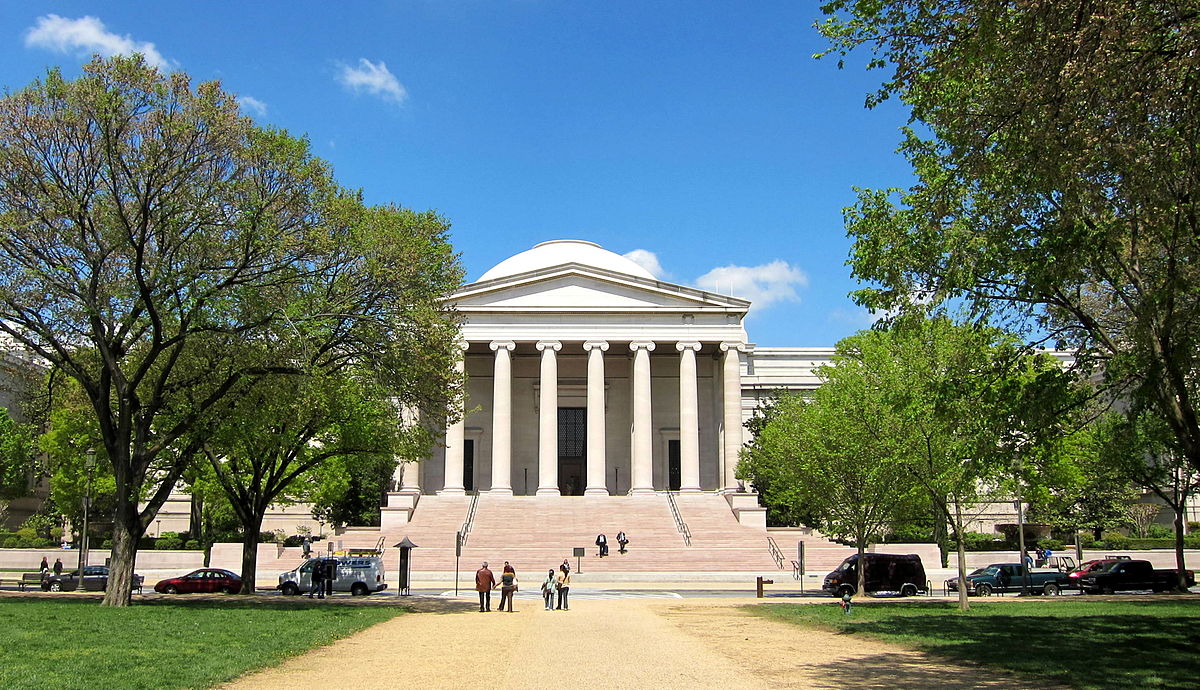 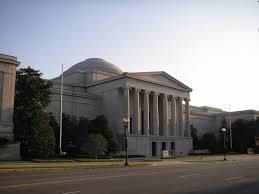 Andrew Mellon began collecting art during the First World War, focusing most of his efforts on obtaining paintings and sculptures by old masters. During the 1920s, he decided to begin working to create a national gallery for the United States. The museum’s first acquisition of import came from Mellon’s purchase of significant pieces being sold by the Soviet government. Part of the sale of the collection of the Hermitage Museum, this acquisition is historically important when contextualized with the world order at the time.

During the latter part of the 1920s, the Soviet government was in desperate need of money to industrialize Russia. This industrialization was part of the USSR’s first Five Year Plan. The Five Year Plans were a series of economic plans in the Soviet Union. Included in the masterpieces acquired from the purchase are Titian’s Venus with a Mirror and Jan van Eyck’s The Annunciation. In addition to the collection of the Hermitage Museum, the Soviet government sold various collections of jewelry and materials taken from the Russian nobility.

The gallery's original neo-classical structure was designed by John Russell Pope, the designer of the Jefferson Memorial, and completed in March 1941. The East Building, located on the eastern side of the National Gallery of Art campus, was constructed in the 1970s with funds donated by Andrew Mellon's children, Paul and Ailsa. The East Building houses the gallery's collection of modern paintings, prints, sculptures, and drawings. Moreover, the structure provides space for research centers and offices. The most recent addition to the gallery's campus was completed in May 1999. The National Gallery of Art Sculpture Garden displays a wide array of pieces from the facility's contemporary sculpture collection in an outdoor setting.

Notable works in housed in the museum include the Italian Renaissance collection, which features two panels from Duccio's Maesta, the great tondo of the Adoration of the Magi by Fra Angelico and Filippo Lippi, Botticelli's Adoration of the Magi, Giorgione's Allendale Nativity, Giovanni Bellini's The Feast of the Gods, Ginevra de' Benci (the only painting by Leonardo da Vinci in the Americas), and pieces by Titian and Raphael. The National Gallery’s print collection is comprised of 75,000 prints and rare illustrated books; it includes works by Albrecht Dürer, Rembrandt, Giovanni Battista Piranesi, William Blake, Mary Cassatt, Edvard Munch, Jasper Johns, and Robert Rauschenberg.

For a listing of current exhibitions, please see http://www.nga.gov/content/ngaweb/exhibitions.html.