The Wo Hing Museum preserves the history of the Chinese immigrants who arrived in Hawaii during the 19th century to work in the sugarcane fields. It was built around 1912 (or perhaps earlier) as the Wo Hing Society Hall. It was a chapter house of the Chee Kung Tong Society, which was established to help Chinese immigrants with religious, social or financial needs. The hall thus served as a social gathering place and a temple. Since most of the immigrants were men, the Wo Hing Society was a fraternal organization. Today the temple is located on the second floor and the the museum and gift shop are located on the first. 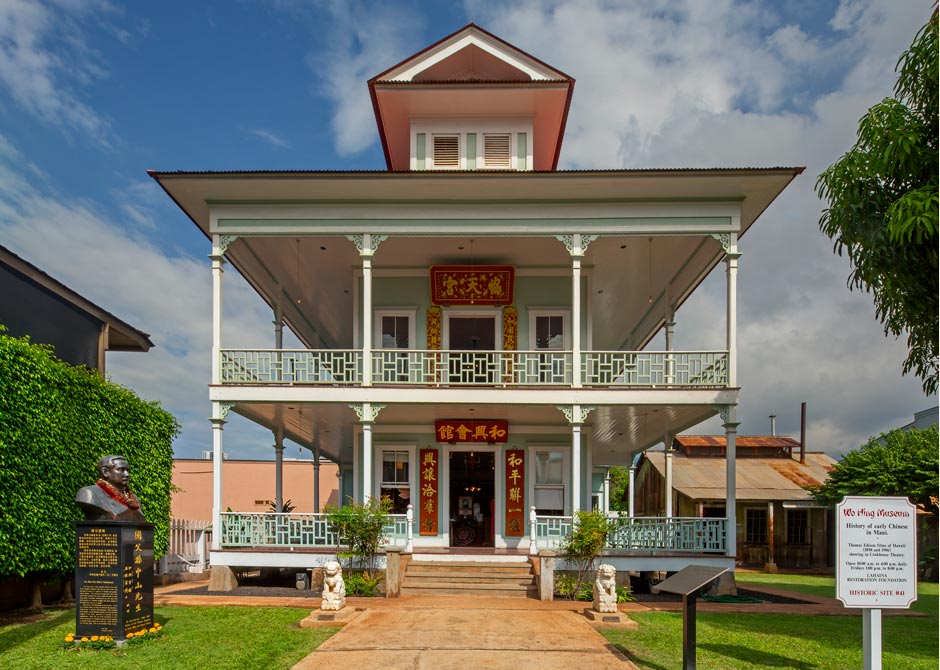 The temple on the second floor. 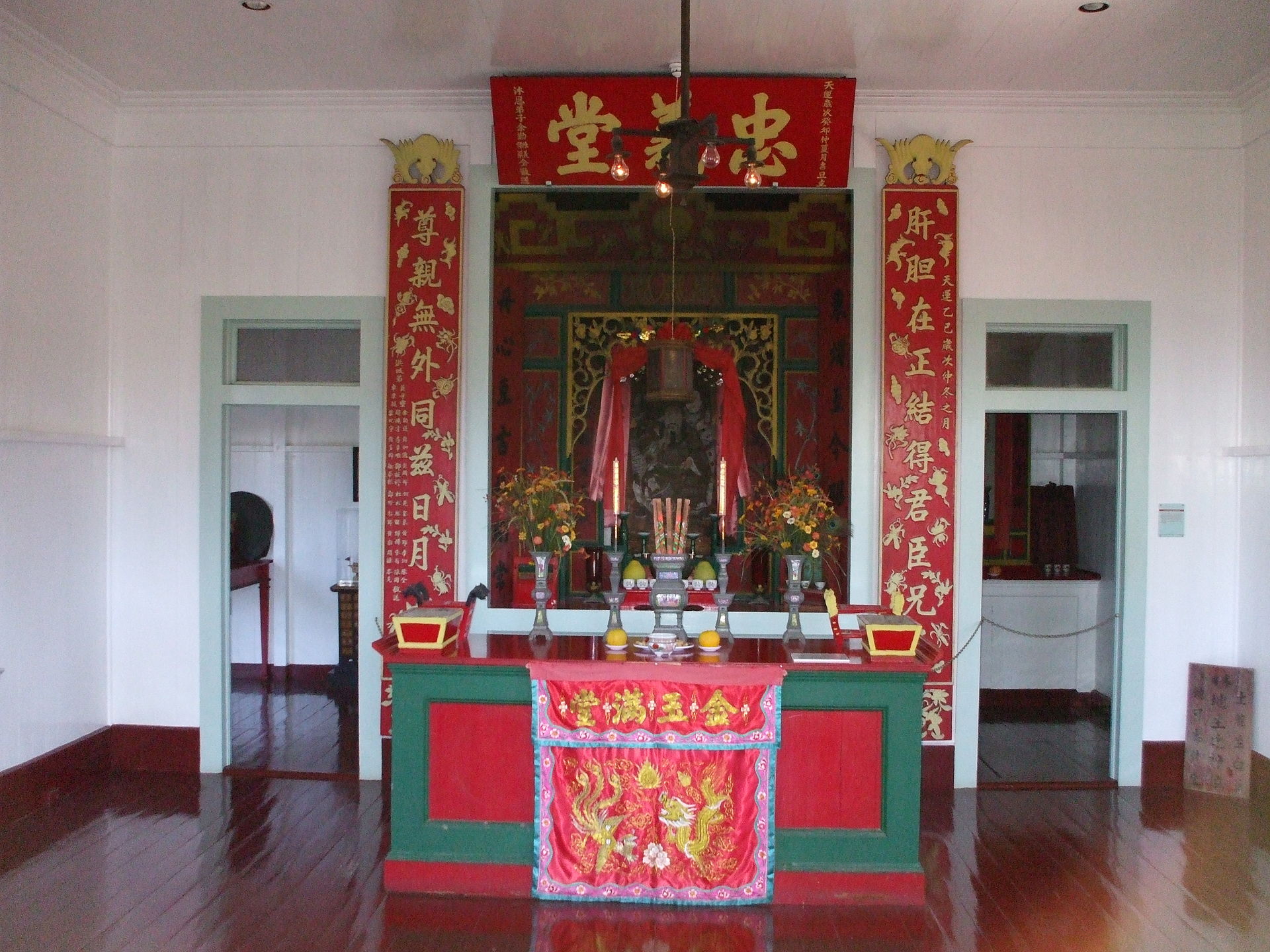 Since China of course was very far away from Hawaii, many of the Chinese workers remained in Hawaii to work in other areas, such as construction of irrigation systems and tunnels. As a result, the Chinese community grew and consequently the desire for society halls grew (the Wo Hing Hall was one of six Tong society buildings on Maui). Chapter houses were built all over the world. By the 1940s the Chinese population declined and the building was not well maintained. However the Lahaina Restoration Foundation and the Wo Hing Society restored it in 1984 and opened it as the museum it is today. Near the building is a wooden cookhouse that was used to make food for large gatherings.