The George Washington Office Museum is a small museum located at the former military office of the first President of the United States. From his office in Winchester, George Washington commanded the Virginia Regiment during the French and Indian War. The museum houses exhibits pertaining to George Washington and his association with the city, and some artifacts are displayed at the office. These include George Washington's surveying tools and a cannon left by General Edward Braddock. 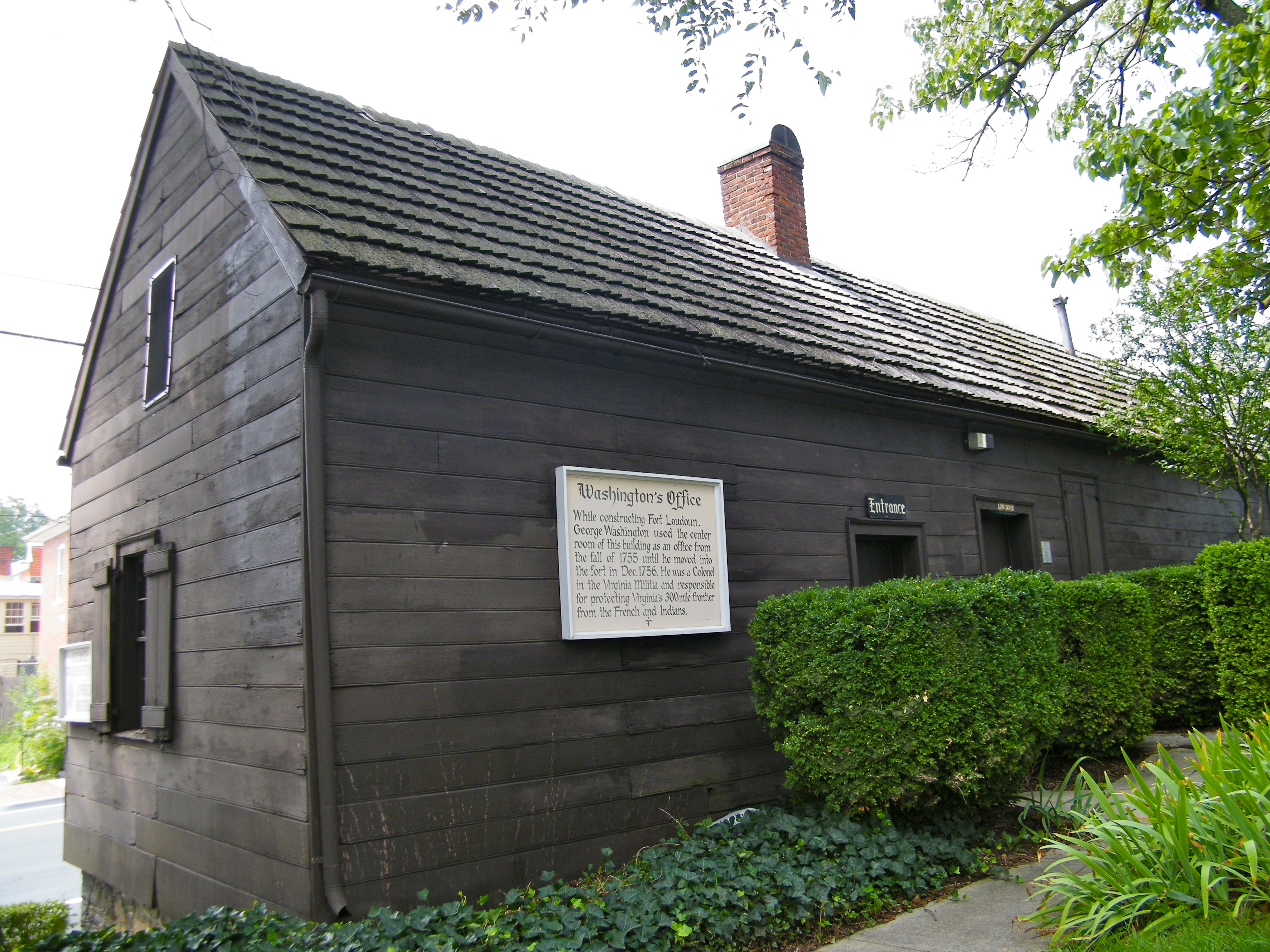 The George Washington Office Museum is a small museum in Winchester, Virginia, which educates visitors on the first President's long association with the area. On this site is the log building from which George Washington commanded the Virginia Regiment during the French and Indian War (1756-1763). The log building is now the middle room of the museum.

Washington's history with the city of Winchester dates back to his youth. At 16, he moved to the area and began his successful surveying business, the profits of which he used to buy acreage around Frederick County and a lot in town. These properties enabled him to serve as a Burgess for Frederick County from 1758-1765. Through his brother's (Lawrence Washington) connections with the Fairfax family, he was appointed as the official surveyor of Culpeper County. Lawrence was the commander of the Virginia Regiment, and Washington soon came to the attention of the lieutenant governor of Virginia, Robert Dinwiddie. In 1750, he resigned his position as surveyor to serve in the military.

At this office, from September 1755 to December 1756, Washington planned and supervised the construction of Fort Loudoun. It was one in a series of forts that defended the frontier from Native Americans and their French Allies (though this particular fort was never attacked). Fort Loudoun, a half-acre redoubt with four bastions and fourteen mounted cannons, had barracks that could house 450 men. For the fort's ironwork, Washington brought his own Blacksmiths from Mount Vernon. All that remains of the log and earthen-work fort today is the well that once supplied it with water.

On display at the George Washington Office Museum are some of his personal effects and equipment from his career as a surveyor. Additionally, the museum grounds are home to a cannon left by General Edward Braddock of Alexandria. Next to the office is a statue depicting George Washington as a young surveyor, dedicated in 2004 by The Winchester-Frederick County Historical Society. The museum's exhibits recognizes the formative effect of the area on his life and political career.