Surrounding the Hawaiian islands to a depth of 600ft is the Hawaiian Islands Humpback Whale National Marine Sanctuary. It was established in 1992 to protect Humpback whales who were hunted almost to extinction by the 20th century. People can learn about Humpbacks at the sanctuary's visitor center which is located in Kalepolepo Beach Park. As of 2016 if offers temporary exhibits but future plans will have permanent exhibits that focus on coral reefs, marine life, Hawaiian culture, and conservation. 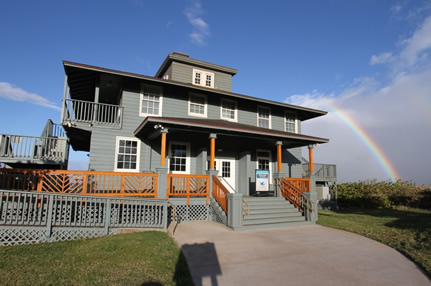