Green Springs is a state park located in Deltona, Florida. It is home to a beautiful sulfur spring and scenic nature trails for visitors to explore. Although swimming and fishing is not allowed, there are also picnic pavilions and a playground to enjoy. 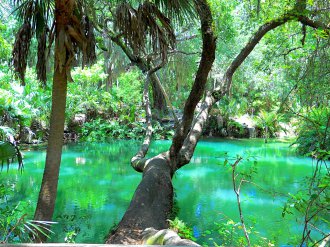 The playground at Green Springs. 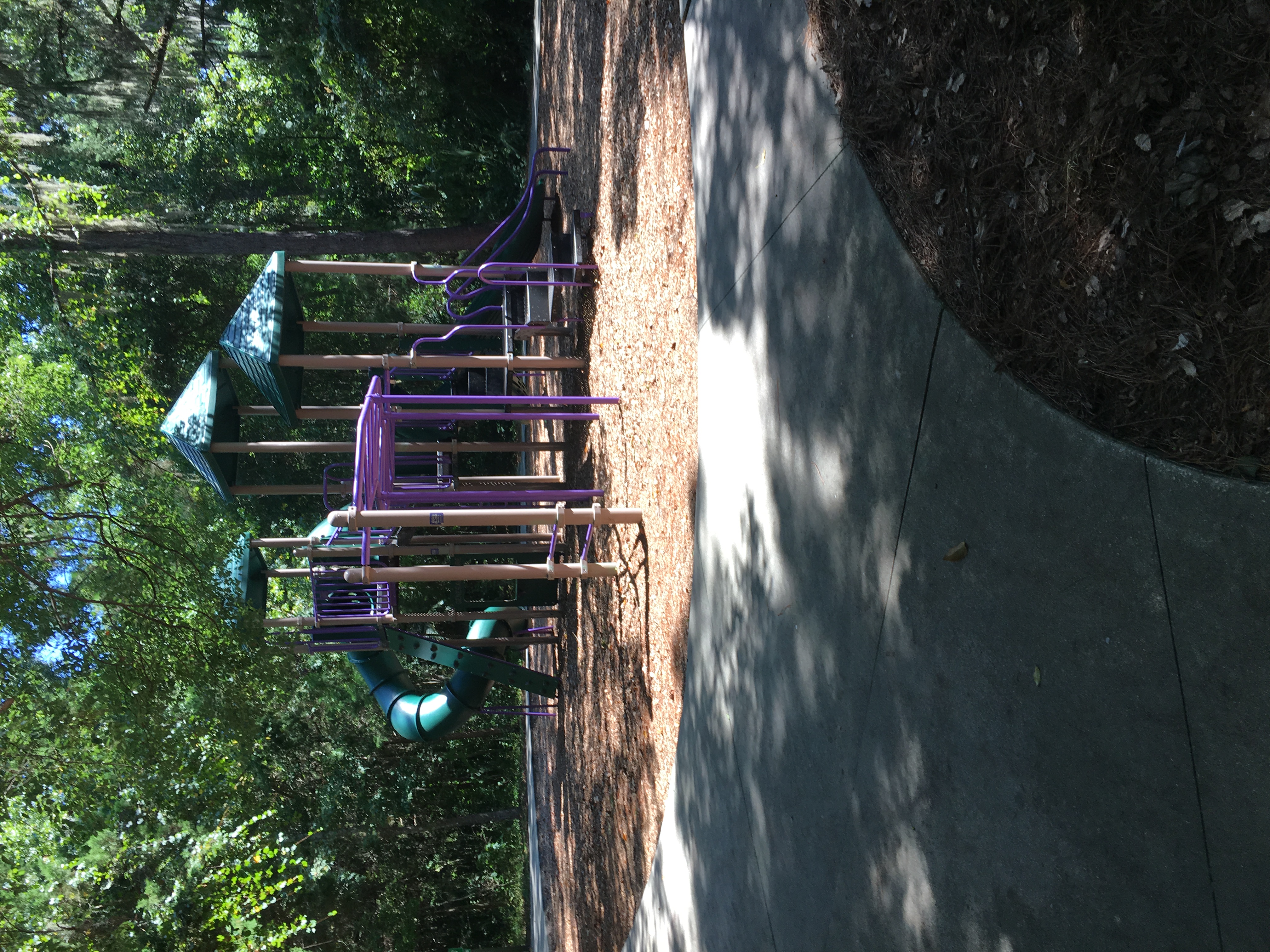 The spring from one side of the overlook. 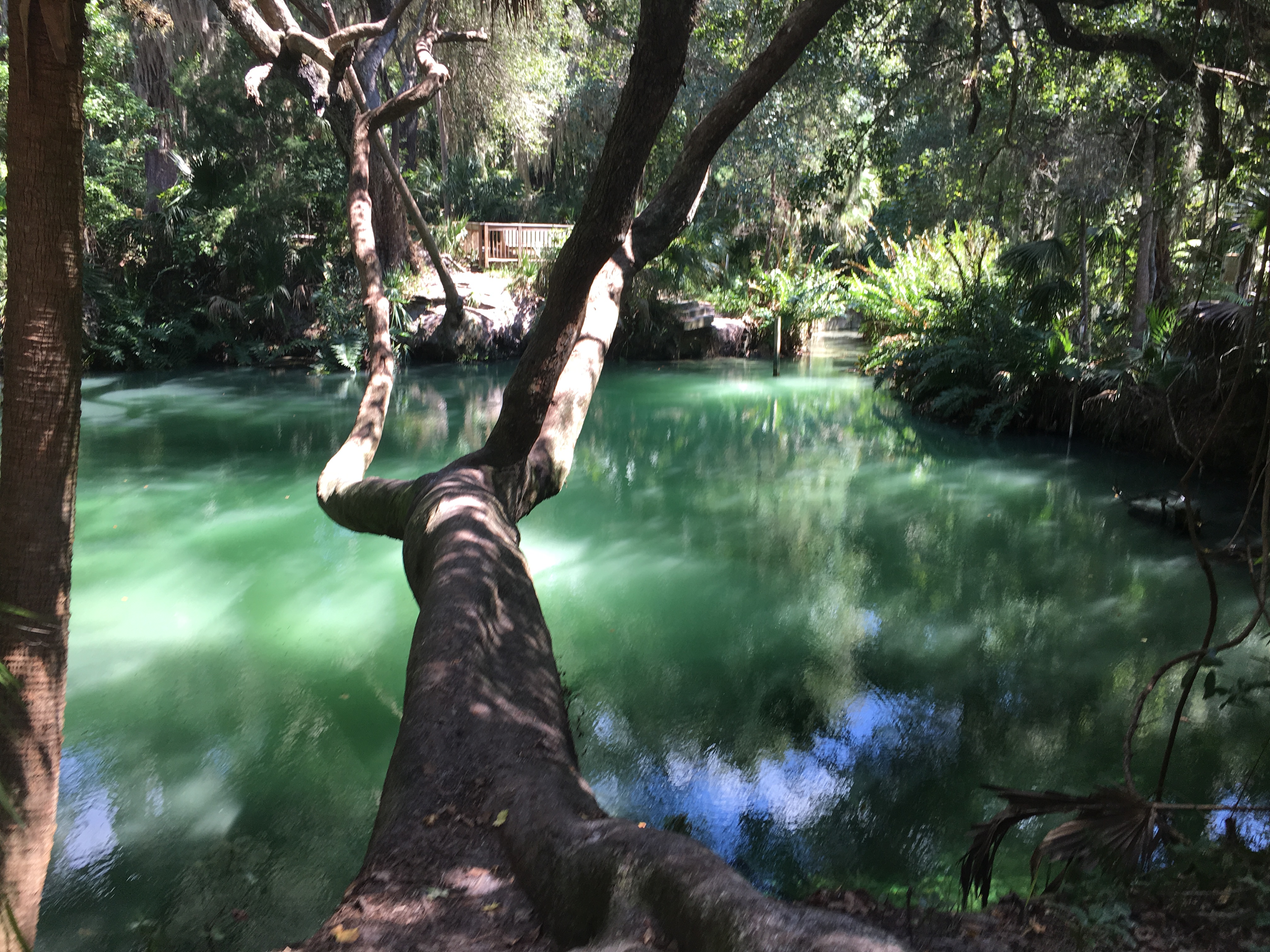 One of the vents of the spring that is located on a trail in a stream. 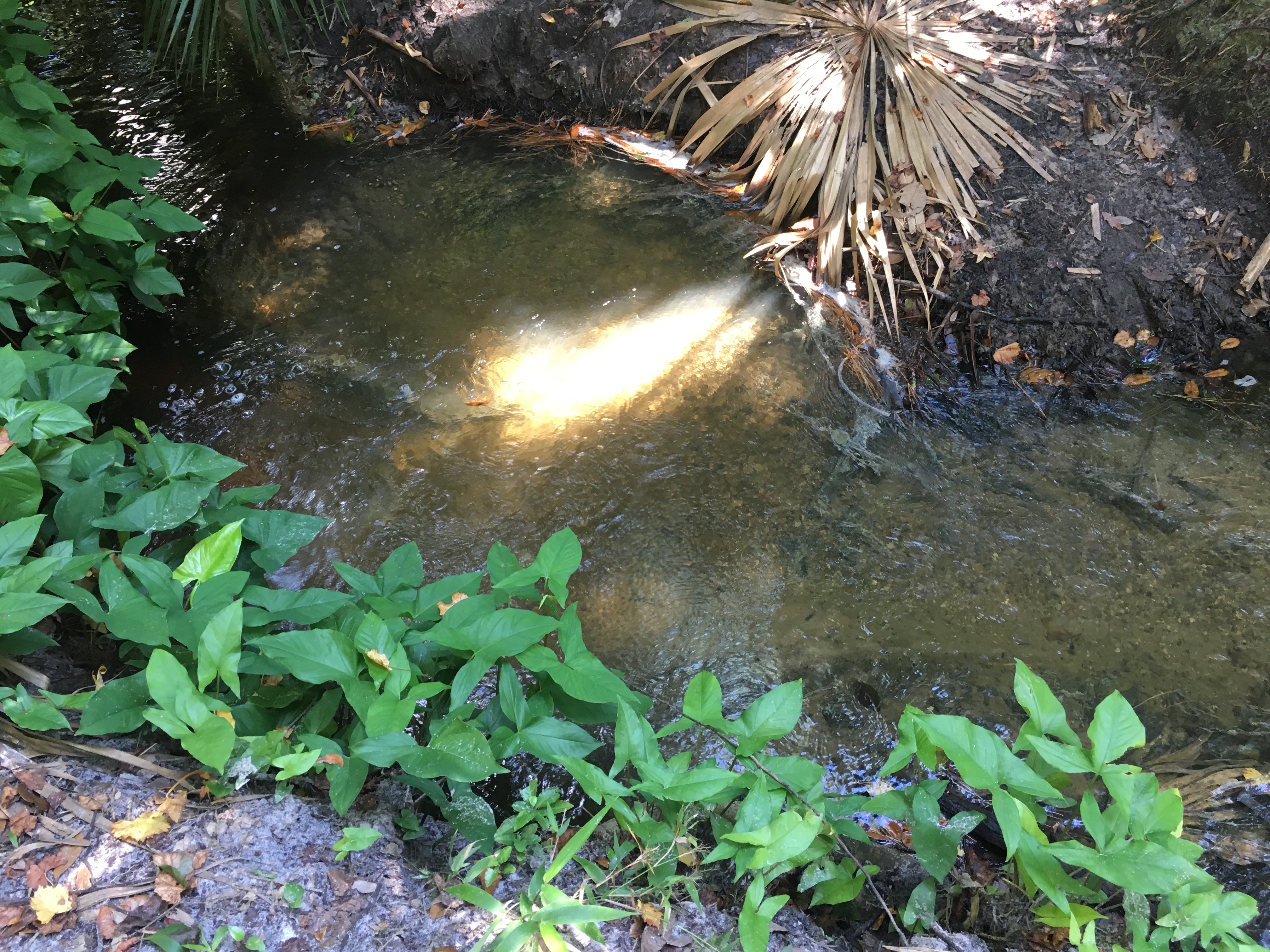 The other side of the spring overlook at Green Springs. 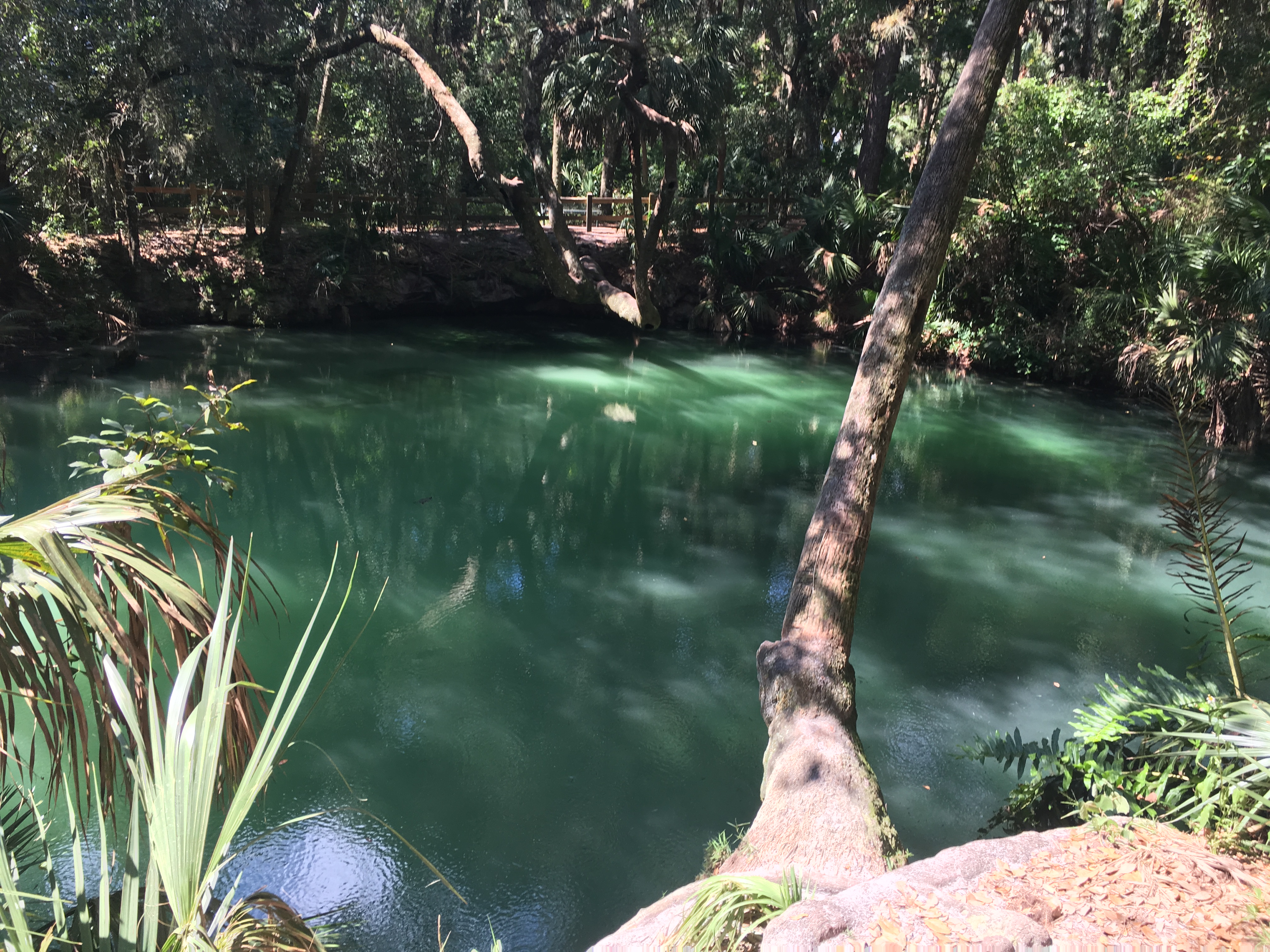 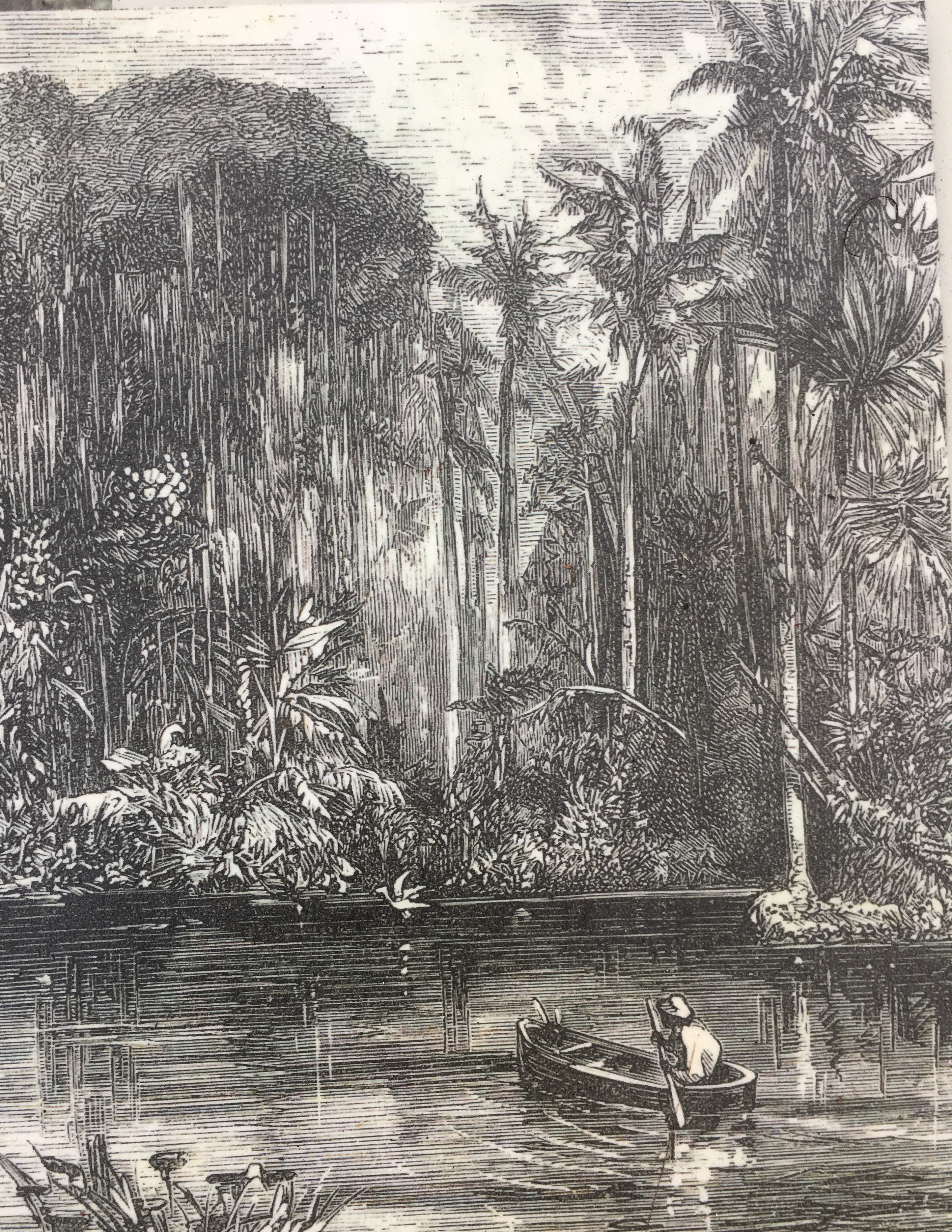 Older photo of the spring. 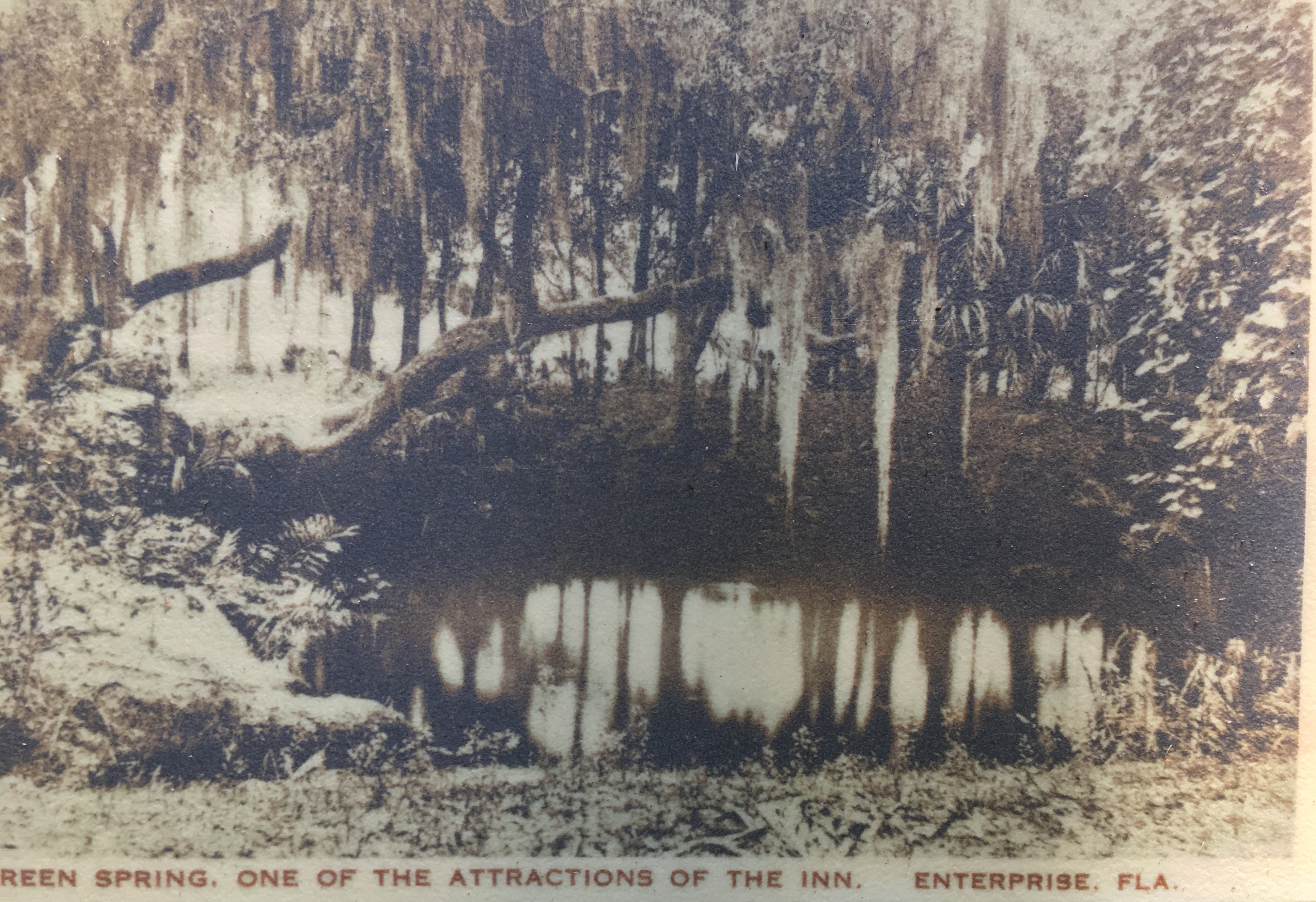 The shell midden near Green Springs. 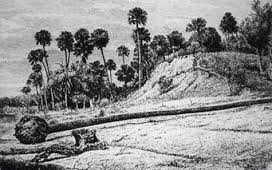 This is the Brock house today, and it is now a children's home. 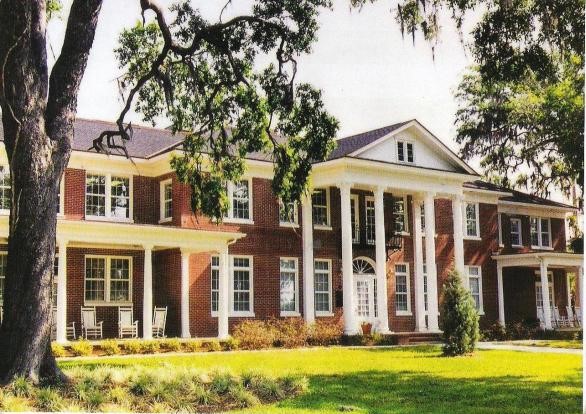 Green Springs is a natural occurring sulfur spring on Enterprise-Osteen road it is one of Florida’s few sulfur springs and the property it sits on is 36 acres. Today the springs is not open for swimming because of bacteria and you cannot fish. The water is a mix of fresh water, salt water, and sulfur water. The spring has lateral vents and widening shafts that go down 76 feet to a limestone floor, and is green because of the algae and sulfur mixing. When there is dry spell and no discharge of the algae the water will be dark. The park is open to the public and is free entry for all. The park did not officially open until September 27th of 2008 and is now owned by Volusia county. It is on the “most endangered properties” because of potential development. The park includes trails, a connecting trail to the Spring to Spring trail, a playground, and an overlook of the spring. On a lot of the trails you can see a little stream that is connected to the springs and lots of wildlife. This site is a very historical site and it helped in some of Florida development and brought in more people to the area. Green Springs was a very popular place and at the end of the St. Johns River in the steamboat era. Lots of people believed that Green Springs was a healing place and that is why there continued to be visitors. It was said to be able to heal rheumatism, indigestion, and nervous disorders. There were different hotels at different times near Green Springs. Green Springs made enterprise popular and many people moved to enterprise or bought land in enterprise just because of the spring.

Green Springs dates back to prehistory. This is known because of archaeological work on a midden, which is a pile of garbage from the Indians. The midden has since been mined into by road workers and by other people to be used for fertilizer, roadways, and walkways. There have also been Indian artifacts found by locals alongside the spring. The Indians thought that the springs and the area around it was a holy ground and let sick or ailing people stay there. Some also think that the Timucua may have also buried their people at Green Springs.

Cornelius Taylor is the founder of enterprise and used the fact that enterprise was the last stop on the St. Johns river to his advantage. He built a hotel that he called a “health spa” and offered people that were sick to use Green Springs. The hotel was built on top of the midden and attracted people from the steamboat. He would also sell bottled water from the spring and promised the water would bring them good health. Another person who helped with the popularity of green springs was Jacob Brock. Jacob Brock was a very rich person and owned many steamboats. He was the next person to build a hotel in enterprise. His hotel was right down the road from green springs and brought in a lot of people from steamboats. Steamboats visiting Florida to look at the nature was important to the early tourism. The springs remained an attraction until the Brock house was dismantled in 1937. A part of the inn still stands today but is no longer a hotel it is the enterprise children’s home. Jacob Brock was also arrested by the union out of retaliation for not surrendering when they were firing shots at his boat even though there were woman and children aboard, and they confiscated his steamboats for military use. The boat he was arrested from was turned into the USS Darlington. To get his boats back Jacob Brock had to buy them back. In 1883 Fredrick DeBary owned the property of Green Springs and also the spring. He had a hotel called the DeBary hall that is also still standing today and is used as a museum today. DeBary used green springs to entertain guests from all over including Ulysses S. Grant, Grover Cleveland the Astors, Goulds Vanderbilts, and the Prince of Wales King Edward VII. DeBary also dug out some of the midden for his use.

After some of the bigger names bought it there were also people who wanted to buy the springs just because it was said to be a very healing place, and it was bringing in so much business. There was a developer who wanted to buy more than 30 acres of the land surrounding the spring and develop 34 housing sites and turn the spring into a park. This sparked Volusia counties interest in the area. In 1954 Dr. L. Francis and Inga Friend bought Green Springs. Then in 1985, Bill Chappell a U.S. representative wanted to buy the spring and 29 acres of surrounding land from Friend. The negotiations began but shortly ended because Friend did not have interest in selling the spring, she just wanted to sell the surrounding land. That same year an attorney named Larry Sands bought green springs from Friend for 250,000 dollars which did not include the spring. Friend did promise thought that if she ever decides to sell the spring he will have the first choice of whether or not he wants to buy the spring too. After Sands bought the spring he tried to sell it to Volusia county for the same price he bought it but they did not take it. He tried again a year later but for 350,000 dollars and they stilled rejected him. The county did not think the spring was worth either of those prices and had it appraised three different times costing the county a total of 18,000 dollars, the appraised also concluded that Green Springs was worth about 316,000 dollars.

By 1883, Green Springs Was Part of the Large Estate of Wine Importer and Steamboat Baron Frederick DeBary, Who Used It to Entertain Guests from DeBary Hall. Well into the 20th Century, the Site Still Attracted Tourists Who Were Struck by What One Observer.