The Central Florida Zoo was originally established on July 4th, 1923. It currently resides in the Sanford area. The zoo actually was first in an old firehouse building before they relocated into a bigger area.There are over 500 animals and over 205 species! Some of the cool things that you can do at the zoo is going to see the domestic animals at the Barnyard Buddies Children’s Zoo, see the reptiles like snakes at the Herpetarium, or go to the Zoom Air Adventure Park. The Sanford Zoo offers many activities for family and friends to enjoy. The zoo is for all ages. At the children’s Barnyard Buddies Children Zoo, there are a variety of animals such as Boer Goats, Pygmy Goats, Llamas, Alpaca, and Roosters. You can also feed the animals while you’re there. The feeding begins at 11 A.M. every day. On the Central Florida Zoo website, it gives facts about different animals. For example, if you would like to know about the Alpaca, go to the about the zoo tab and click on the Barnyard Children's Zoo tab. It’ll then lead you to the list of cool animals that you could look at. So if you wanted to know about the Alpaca click on the Alpaca tab and it’ll give you information such as where the animal lives, the size of the animal, how much it weighs, what it eats, how long it lives, and whether the animal is a common animal or not. When you visit the Herpetarium, you will see reptiles such as the largest non- venomous and venomous snakes of the Southeast region. The reptiles that are in the Herpetarium include the class Sauropsidia. The reptiles have thick-skin and they are covered by their scales. These reptiles are cold blooded, so they need the sun and shade to regulate their body. There are also amphibians in the Herpetarium. Some of the amphibians that you will see are frogs. One of the frogs that is in the Herpetarium is the class amphibia. They are cold blooded vertebrates that can breathe through their skin. The Herpetarium contains 6,000 of those species. The Zoom Air Adventure Park is an aerial adventure course at the zoo. In the course, you will be able to explore tree tops from an “animal’s perspective.” The course includes rope bridges, zip lining, suspended disks and a unique system for the zoo. The guests will be able to immerse themselves in the canopy of the forest like an animal would when they would pass through the trees and view the world. This course like the website stated is to “allow nature lovers and challenge seekers alike an opportunity to enjoy the thrill of adventure in Central Florida.” To conclude, thes Zoo in Sanford is significant. Without this zoo, we wouldn’t have a historical zoo cite. This zoo specifically has been around for a long time, since 1923. This zoo provides animals, reptiles, and amphibians. Some of these species have been alive longer than some of us. And without having these animals around, we wouldn’t know if they were endangered or not. 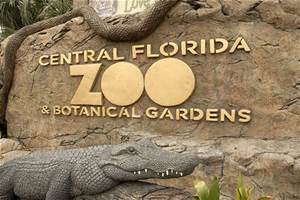 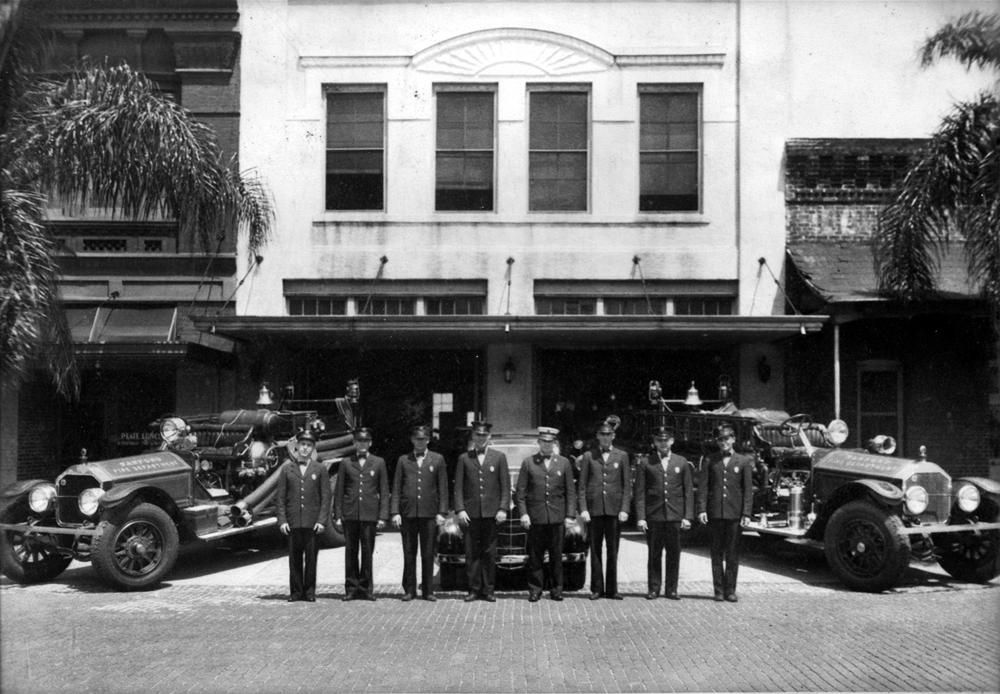 This popular historical attraction started with just a monkey looking for a home, after he left the traveling circus, and was given to the Elks Club in 1923. The Zoo became an idea after the Elks Club received more and more animals, such as the rhesus money and his soulmate a fellow monkey, a skunk, a opossum, a bulldog, a raccoon and a squirrel. Shorty after, they found a home that was right next to the Jail in downtown Sanford, which is now the City Hall. While living there the Police department helped out and oversaw the Zoo and the care of the animals while all the inmates cleaned out all the cages. The citizens of Sanford were always so supportive along with the Police Department, the local citizens and restaurants donated food and money.

After living there for almost fifty years, Seminole County donated one-hundred four acres in 1973. That was a big step for the Sanford Municipal Zoo because their current land was only an acre and a half. The Sanford Municipal Zoo was opened in what is now Downtown Sanford on June 20, 1975, at its final location with a new name, Central Florida Zoo with thirty-nine animals at the time. In 1978 they were able to put up sign at every exhibit to help identify and give history of e very animal for educational purposes. By the time 1984 came around the Reptile House opened with forty-five different venomous and non-venomous snakes, lizards and amphibians. Two years later the Zoo was able to become part of the American Zoo & Aquariums Association which is now known as the Association of Zoos and Aquariums (AZA).

In 1988 Seminole County approved for the Zoo to start charging and collecting money rather then depend on donations, the first time the Zoo would be able to receive ongoing funding. They would make their money from admissions, education programs, concessions and the gift shop. During the year 1991 the Animal Adventure Petting Zoo opens, the theme was based off of the movie Lost Ark. Two years later the famous boardwalk opened to give the guest the option to walk around the Zoo and be one with nature. The Little Florida Coastline was built in 2003 which was a huge hit for all the little ones to ride on, especially with all the field trips from all the local schools. Luckily when the year 2004 came around and the multiple hurricanes came with it, the Zoo had minimal damage and no animal deaths, they were able to open up two days later! The next year they had a big opening of the Wayne M. Densch Discovery Center which including a Zoo Lab, three classrooms and a huge multi-purpose room to hold meetings, reunions, weddings and a lot more fun activities. In 2007 they were the first Zoo in the United States to open a coqui exhibit also known as a frog exhibit, which brought six-thousand guests in one day to see it. In that same year the Zoo announced their Botanical Garden and changed their name to Central Florida Zoo & Botanical Gardens along with that they also opened The Wharton-Smith Tropical Splash Ground for the kids to run and play in. Two years later in 2009, The Air Adventure Park opened which is a huge zip-line course what includes rope bridges, tight-ropes, barrel crawls and dancing logs. Once again with the community coming together to help the zoo grow and succeed over two hundred volunteers showed up to help build the KABOOM children’s playground in just one day!

Finally the last addition was in the year 2012, the Zoo was able to get the land right next to them which added sixteen more acres to the beautiful Zoo. The Zoo has been open for 40 years in it's current location, adding five-hundred animals and two-hundred five species. This historical place is significant because it gives a chance for education in a fun and different way and it shows that people back in the ninety hundreds really cared about animals and they never gave up. Because they never gave up we now have a beautiful Zoo that many people take advantage of and I hope you do too.

Kostecki-Shaw, Jenny Sue. Luna and Me: The True Story of a Girl Who Lived in a Tree to save a Forest. New York: Christy Ottaviano , Henry Holt, 2015. Print.