Aware that an important part of Texas history was being lost, a group of concerned individuals formed the Fort Chadbourne Foundation and set about managing, preserving and protecting this registered national historic site. Under the supervision of professional archaeologists, volunteers and foundation staff have stabilized all existing ruins and restored a number of military structures over the past decade. The restoration for some of the buildings involved a total reconstruction, essentially returning the structures to their original states based on archaeological findings and, in some cases, archival photographs. Throughout this process, the Fort Chadbourne Foundation has been able to uncover over five hundred thousand artifacts that help tell the entire story of the Fort and many of them can be seen in exhibits at the Fort’s visitors center, completed in 2012. The 12,500 square foot facility houses over three hundred antique guns, thousands of military and Native American artifacts, a Medal of Honor display, cowboy heritage, and information on the restoration of Fort Chadbourne. The visitors center also has a research library, accessible by appointment.

The exhibit area of the visitor's center at Fort Chadbourne. 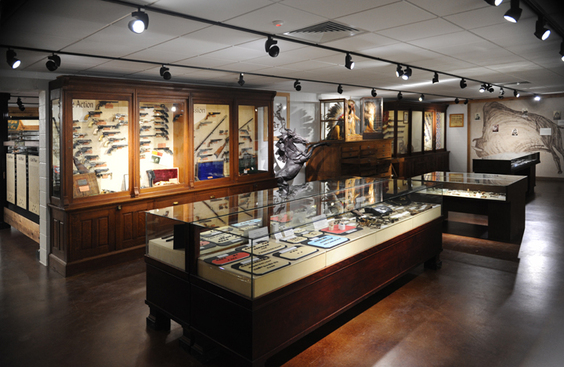 The Butterfield stage station, part of the Fort Chadbourne living-history site, was restored from little more than a pile of rubble. 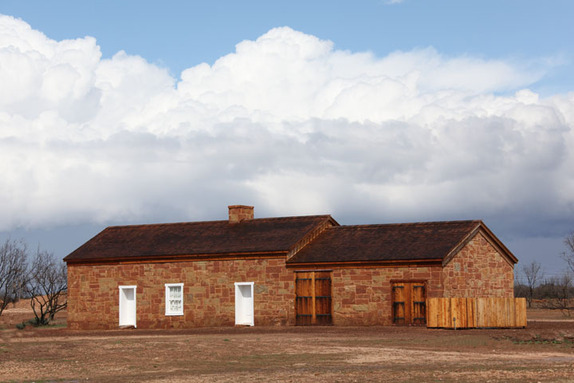 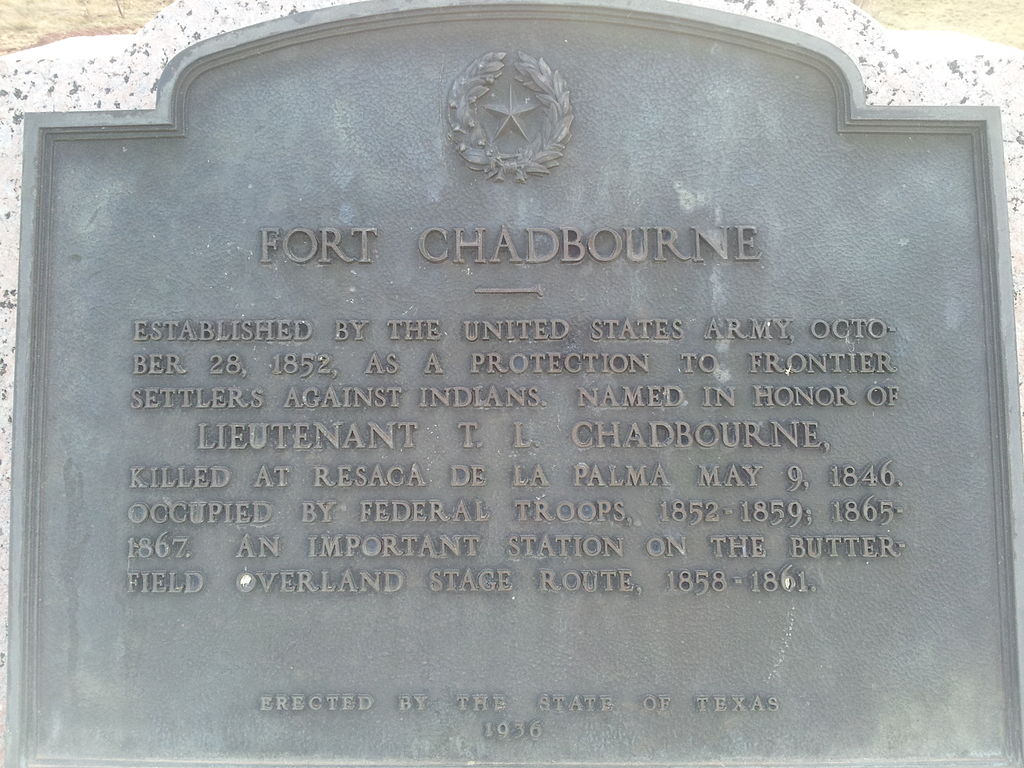 A drawing of Fort Chadbourne, 1854 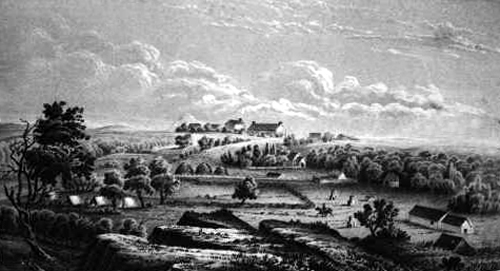 The annexation of Texas and the acquisition of the Southwest following the war against Mexico posed significant challenges for the U.S. Army in the west. Idealistic policy makers had previously assumed that expansion would occur from east to west, in a gradual, predictable process. To protect this westward movement, the army had attempted to establish military posts at strategic points. Indians would be relocated west of these garrisons. Separating the two groups might limit the opportunity for mischief on both sides. Some had even envisioned a north-south military road dividing the two peoples, further reducing the potential for conflict. In practice, however, the army never fully integrated this plan. The army never had enough troops to be everywhere at once, and political and economic pressures rather than sound military principles often dictated the location of frontier posts. Lured by the discovery of gold in California, tens of thousands of civilians rushed west, ruining any hopes of an orderly American occupation of the newly acquired territories. And in Texas the army had to position its troops not only to face Indians from the west and north but also to protect the international border with Mexico. Furthermore, the Lone Star State's ownership of its public lands prevented the federal government from establishing large Indian reservations in the western part of the state,

On paper, the forty-building concentric rings of forts scheme looked grand. Posts would be located in areas where there was access to good water, forage, and construction materials. The troops  would do much of the building, thus holding construction costs to a minimum. Frontier forts would be the bases from which scouts, pursuits, large-scale offensives, and escorts or guards were launched. Since Indians almost never attacked the forts, no defensive walls were necessary. In reality, the forts were too far apart and their garrisons too small  to completely patrol the immensity of the Lone Star State.

Fort Chadbourne, in particular, was established by the U.S. Army on October 28, 1852,in what is now Coke County, Texas, (between Abilene and San Angelo) to protect the western frontier and the Butterfield overland mail route from Kiowa and Comanche Indians. The fort was named after Lt. T. L. Chadbourne, who was killed in the Battle of Resaca de la Palma in May 1846. The fort was built and manned by Companies A and K of the 8th U.S. Infantry. During the early days of the U.S. Civil War the fort surrendered to the Confederates, even before the Confederate shelling of Fort Sumter, South Carolina.

In the immediate aftermath of the Civil War in mid-1865, military officials were more interested in reinstalling federal authority in Texas than they were in reestablishing the army's presence on the state's sparsely settled frontiers. Even so, troops only briefly returned to Fort Chadbourne, among others,  in 1866 and 1867, with the military realizing the need for the establishment of more permanent forts further north and west. While the establishment of these frontier posts would, even temporarily, offer jobs, profits, and a modicum of American culture, the army's forts often served as the genesis for permanent civilian settlement in places still known as Fort Worth, San Angelo, and San Antonio.