The Fire Museum of Texas is dedicated to preserving regional fire service history, educating people about fire safety, and commemorating the contributions of the fire service. The museum is housed in the Beaumont Fire Department’s Central Fire Station, a two-story, seven-bay station built in 1927. Opened originally as the Beaumont Fire Department Historical Museum in 1984, the Fire Museum of Texas has been endorsed by the State Firemen’s and Fire Marshals’ Association as the official fire museum of Texas since 1986.

The world's largest fire hydrant is on permanent display at the Fire Museum of Texas in Beaumont. 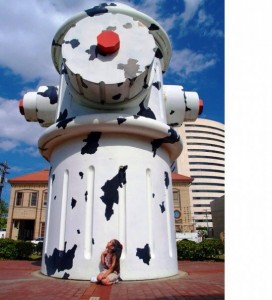 The Fire Museum of Texas in Beaumont. 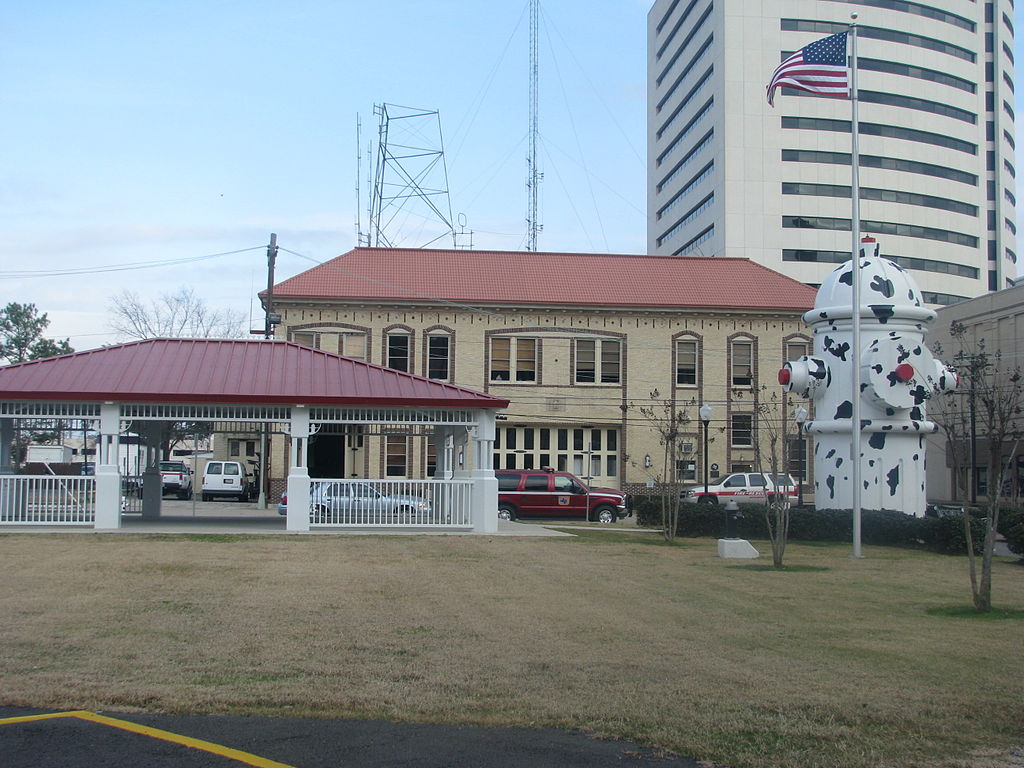 The bronze statue of the State of Texas Firefighter Memorial at the Texas Fire Museum in Beaumont.

The Fire Museum of Texas houses one of the most comprehensive collections of fire-service apparatus and artifacts in the United States. Permanent exhibits trace the history and evolution of the fire apparatus from bucket brigades to nineteenth-century hand pumpers and steam fire engines to motorized apparatus of the twentieth century. The world's largest working fire hydrant (dalmatian-spotted, at twenty-four feet tall and over 4,500 pounds) is also permanently on display.

Temporary exhibits installed during the year offer differing perspectives and insight into fire service history, interpreting aspects of significant historic events, or revealing more about how specific firefighting equipment or tactics have evolved over time. Docents explain how disasters such as the 1937 New London school explosion and the 1947 Texas City disaster changed the way local fire services handled emergency calls and fought fires. Visitors can also place the Beaumont and Texas fire services in global perspective via the Fire Departments of the World exhibit. Children can also learn fires safety measures via the interactive displays and the "Learn to to Burn" curriculum around which the Children's Fire Activity Center is organized.

The State of Texas Firefighter Memorial is housed at the fire museum. Designed and sculpted in bronze by Ron Petit, the four-hundred-pound life-sized statue honors the selfless service of all Texas firefighters and is dedicated to all career, volunteer, and industrial firefighters who have served the state. Visitors with connections to firefighters in Texas may purchase commemorative bricks in honor or memory of a firefighter. Those bricks are continually being installed in a walkway surrounding the museum plaza. In this way the Fire Museum of Texas serves as an educational resource and as a permanent memorial to those who are and have been part of the fire service of Texas. Near the Texas memorial is a small commemoration of the sacrifices made by fire fighters on September 11, 2001, during the World Trade Center attacks. A small piece of I-beam from one of the towers and other debris and ash serve as stark reminders of the events of the day

The history of the fire service in Beaumont dates to September 1881 when a large fire at a local lumber yard helped the citizens of the area recognize the need for fire protection.The rapid expansion of the regional population, resulting from the burgeoning oil industry in the area, also made city officials became apprehensive about threats from devastating fires in the oil fields. What had once been a sleepy little lumber camp was now home to processing plants, storage facilities, and shipping points for the oil industry, and residents recognized the inherent dangers. In October of 1881, residents held a Grand Fireman's Ball to collect money to purchase a rotary pump. Firefighters were not paid, and, indeed, had to pay 75 cents every three months for the "privilege" of being a Beaumont fire fighter. Over the years, as the city grew, it purchased more fire equipment and established more and more fire stations so that, as of today, there are twelve stations serving Beaumont. The historic Central Station, the original city fire station, houses the Fire Museum of Texas, which opened in 1984.