Vanport, between Portland and Vancouver, was built in 110 days in 1942 to accommodate the the influx of wartime shipyard workers, becoming the second largest city of Oregon. At its peak, it was home to 40,000 people, including 6,000 African Americans, three times as many as had lived in all of Portland two years before. It was one of the first integrated communities in North America and its largest wartime public housing project. The town included a number of noteworthy institutions, such as K-12 schools, 24-hour day care, grocery stores, a health-care facility for shipyard workers, and the Vanport Extension Center, which became Portland State University. Vanport became the only affordable housing option for many veterans and African Americans, as well as Japanese, Latino, and Native American families who chose to make the Pacific Northwest their new home. On Memorial Day in 1948, a flood wiped out the entire city within a matter of hours, displacing 12,000 residents. This tragedy forced the overwhelmingly homogeneous city of Portland, and the state of Oregon, down the path toward interracial progress. 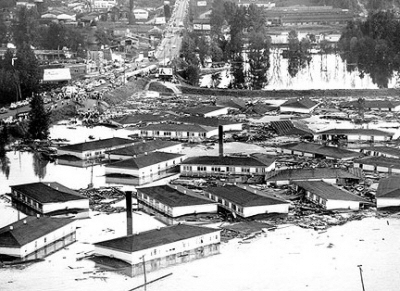 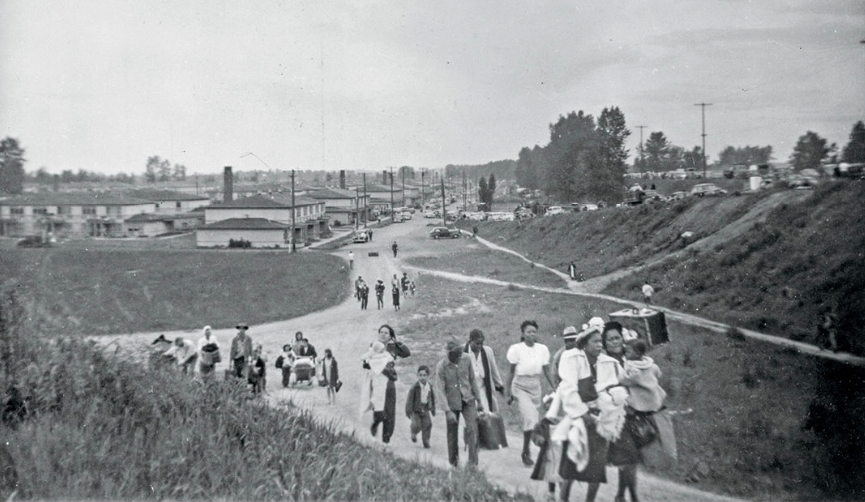