Sanford Florida Veterans Memorial Park was built to honor soldiers who died in World War I. There were approximately 116,000 U.S. casualties in World War I, and seventeen of these men were from Seminole County, Florida. Thirteen of these local men died during the war and four died later due to complications related to war injuries. The site was first known as the “Monument of 1919” and then renamed “The World War I Memorial.” In 1973, the site was renovated and opened as a memorial for veterans of all conflicts. 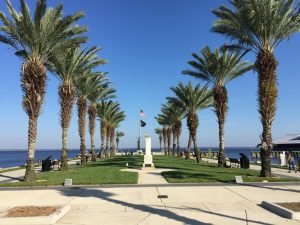