Jackson's Mill was the childhood home of Civil War General Stonewall Jackson. This piece of property was settled by Colonel Edward Jackson in the late 1700s and stayed in the Jackson family for three generations. Once the home of grist mills, a carpenter shop, Blacksmith forge, quarters for twelve slaves, numerous barns, outbuildings, and a general store, Jackson's Mill today is operated by the Extension Service of West Virginia University and holds 4-H youth camps each summer. It was listed on the National Register of Historical Places in 1972.

Jackson's Mill under the ownership of Cummins Jackson. 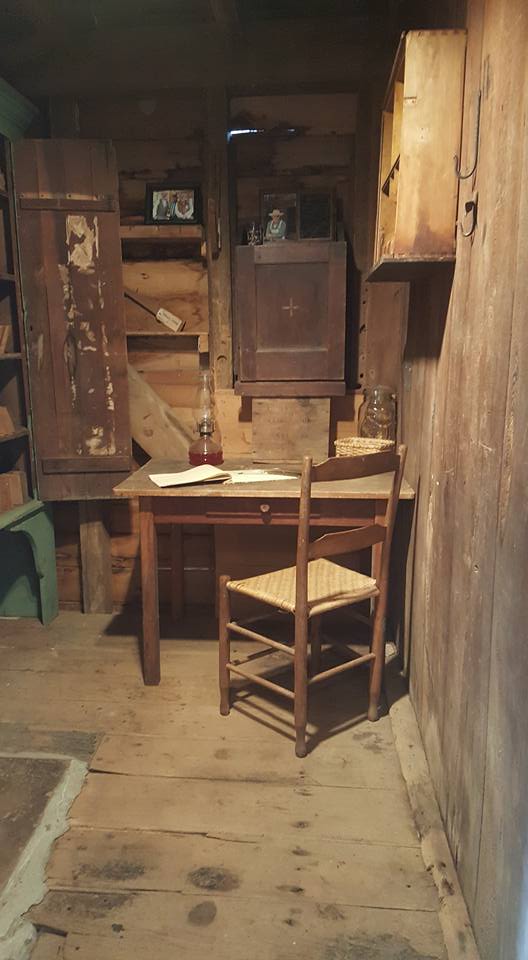 The millstone used for grinding grain. 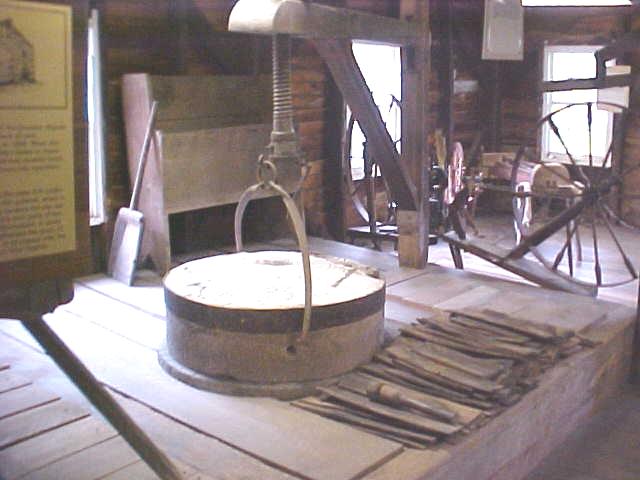 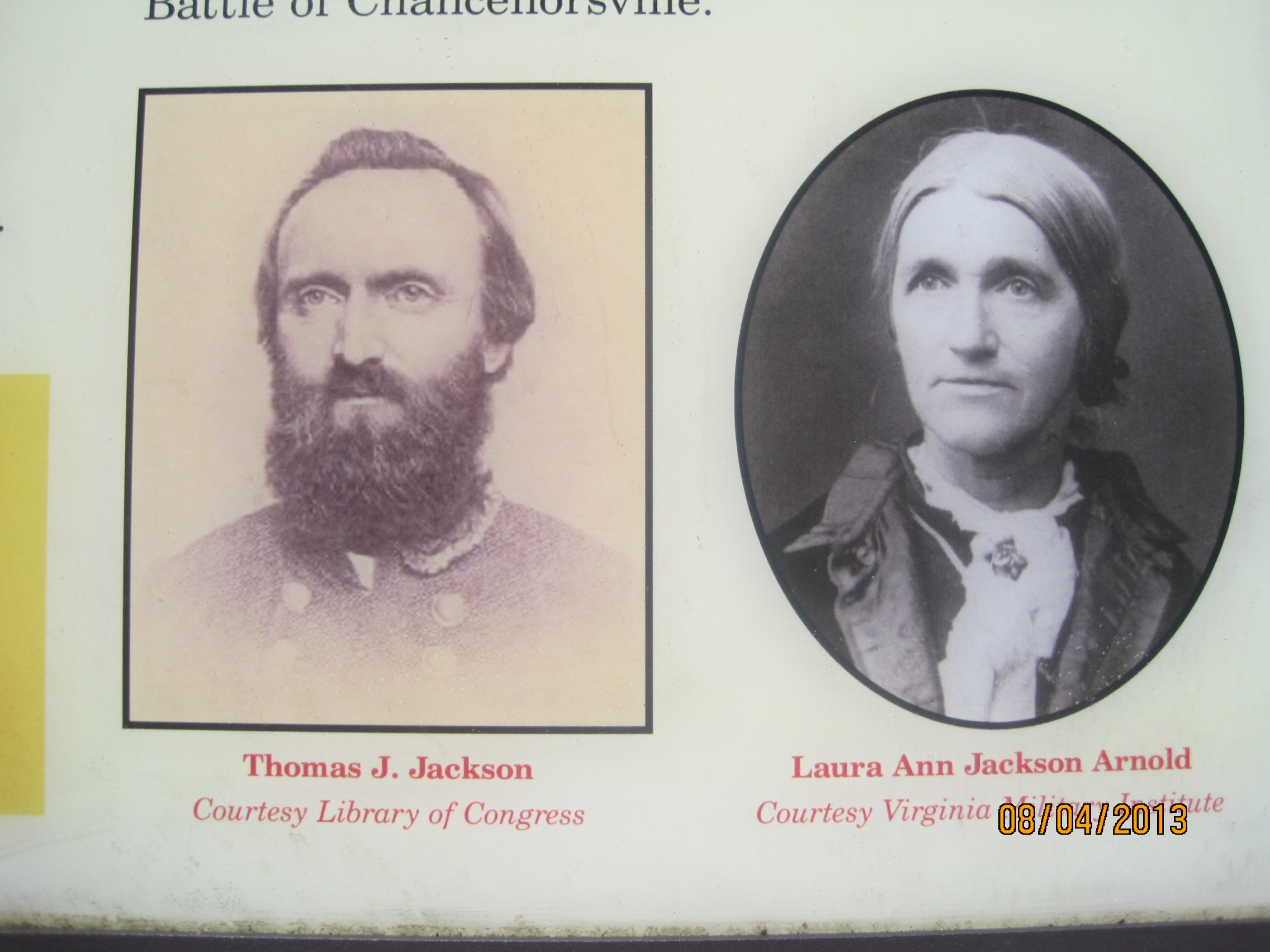 In 1831, this became the home of six-year-old Thomas J. Jackson and his four-year-old sister, Laura Ann Jackson. Thomas and Laura were orphaned and sent to live here with their grandmother, Eliza Cummins Jackson and their uncle, Cummins Jackson after their father, Jonathan Jackson died in poverty in 1826 and their mother, Julia Beckwith Neale Jackson Woodson died in 1831.1  Jackson helped with various activities on the farm: herding sheep with the assistance of his dog; driving teams of ox; and harvesting the multiple crops grown in the area. Jackson grew up with little schooling, and most of his education was self-taught due to the need for manual labor on the farm. In 1842 he left Jackson's Mill to attend the U.S. Military Academy in West Point, New York. On September 1, 1844, Laura Jackson married Jonathan Arnold, and moved to Beverly, WV where they had four children.2
Jackson fought in the Mexican War after graduating the academy in 1846. He later taught at the Virginia Military Institute but gave up that job to join the Confederacy in 1861. Jackson's tactics and leadership were a decisive factor in many significant battles, and he served under General Robert E. Lee for a large part of the war. During the First Battle of Manassas on July 21, 1861, Jackson would earn the immortal nickname of "Stonewall" Jackson. He was later shot by friendly fire on May 2, 1863 during the Battle of Chancellorsville. He died 8 days later from pneumonia after having his arm removed due to gunshot wounds.3

Like most families of the Civil War, Jackson and his sister Laura were split between the Confederacy and the Union. Laura was an outspoken Unionist and did not speak to her brother after 1860. Laura and her husband opened up their home to Union soldiers where she would nurse them back to health after battles. The Jacksons were known for their strong will and Laura was just the same; a local Beverly attorney wrote about Laura's Union support in a letter by saying,

"Mrs. J. Arnold - sister of Gen. Jackson - went off with the Yankees. Arnold stayed at home, says he is a good southern man, that his wife is crazy, but Hell he says, could not govern a Jackson."2

Laura's Union support was so strong that when she heard of her brother's death she was quoted as saying that she "would rather know that he was dead than to have him a leader in the rebel army."2 Her support did not end there; Laura went so far as to divorce her husband to defend her loyalty to the Union. Laura was awarded an honorary membership in the Society of the Army of West Virginia for her efforts and dedication during the war. She remained a Unionist until she died on September 24, 1911.
Today Jackson's Mill is the home of the oldest 4-H camp in the United States, and the WV State Fire Academy. Jackson's Mill holds over 400 events a year ranging from weddings to soccer practices. This area now serves as the state 4-H camp for the state of West Virginia; every summer, thousands of children ages ten to twenty-one come to experience a week of camp in the former boyhood home of Stonewall Jackson. The property was granted to West Virginia in 1921 in the hopes that a youth facility would be built there. Only two historical buildings remain on the property today, including an operational Blacksmith's forge, and an operational mill. The Jackson Family cemetery remains as well. Although not many of the original buildings still exist, the ones that do have undergone renovations to preserve the rich history of Jackson's Mill. The Extension Service of West Virginia University provides historical reenactments and demonstrations to make the history come alive and show people what Thomas and Laura's childhood experience would entail.