Popular as a tourist attraction, the Holy Ghost Catholic Church is an important landmark in Kula thanks to its distinctive octagonal shape and lively congregation which primarily consists of members of Portuguese descent. It was built in 1895 and designed by Father James Beissel, who, it is believed, was inspired by a replica of the crown of Queen Isabella of Portugal. The church is considered the only octagonal structure from the 19th century in Hawaii. It is also known for its museum-quality altar, which was designed by Austrian Ferdinand Stuflesser in 1895. The church was placed on the National Register of Historic Places in 1983. 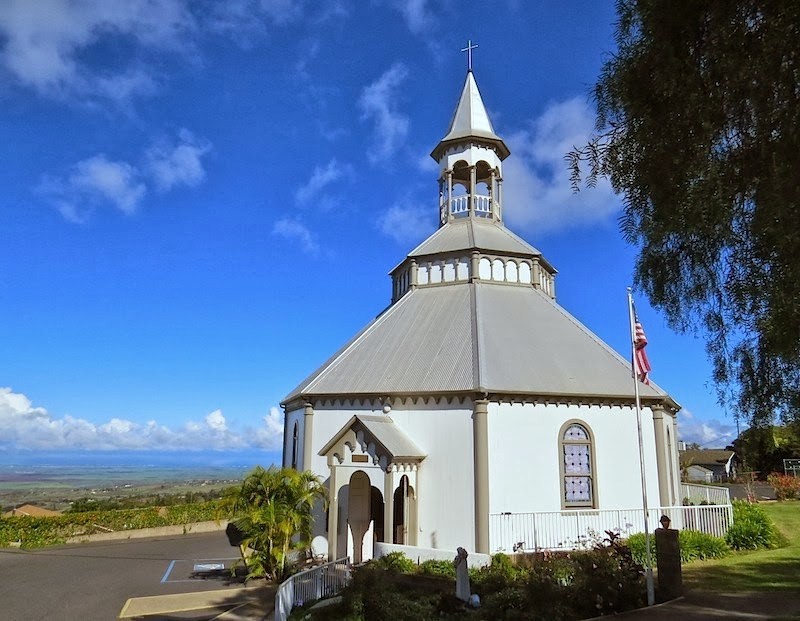 View inside the church, with the altar in the center 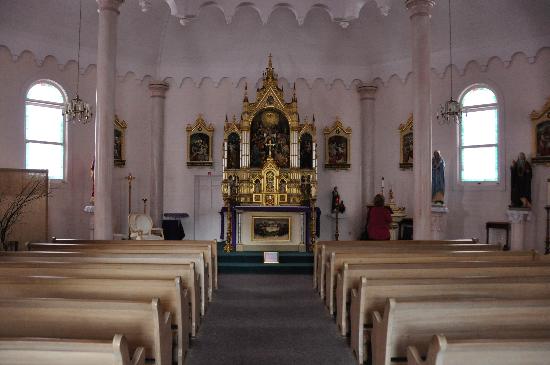 Portuguese immigrants arrived from the Azores and Madeira Islands to work on the sugarcane plantations beginning in 1879. They were devout Catholics and eventually they wanted a church, which they would help build.

According to tradition, Queen Isabella prayed to the Holy Ghost and asked for and received help to relieve her people from famine. As a result, Isabella donated her crown to the Catholic Church. To celebrate this event, the church holds a free luau at Pentecost each year during which a replica of her crown is used in a procession. The church is also known for its Portuguese sweetbread.