Home to several thousand Native Americans from 1000 A.D. to 1550 A.D., this 54-acre site protects six earthen mounds, a plaza, village site, borrow pits and defensive ditch. Towering over the community, the 63-foot earthen knoll was likely used as a platform for the home of the priest-chief. The site is a National Historic Landmark and visitors and includes a museum that explores Etowah's history. 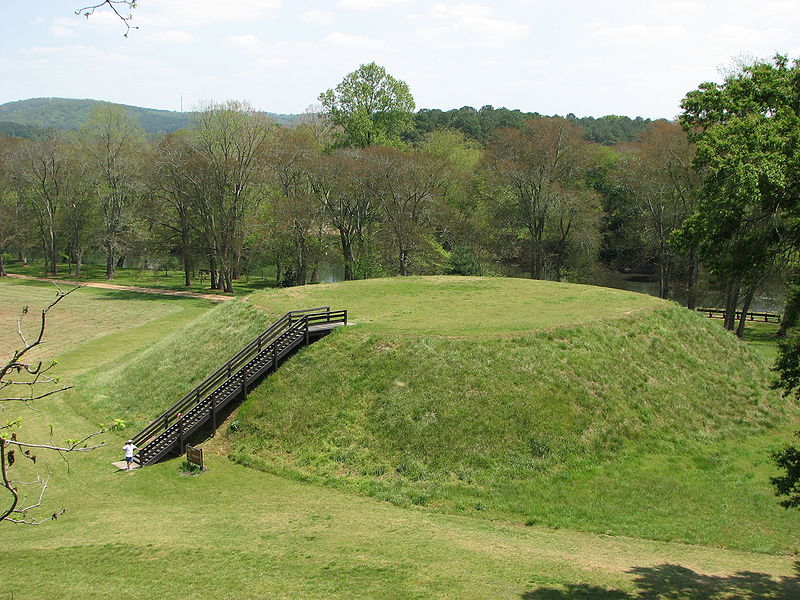 Painting of Etowah by Steven Patricia, 2004. 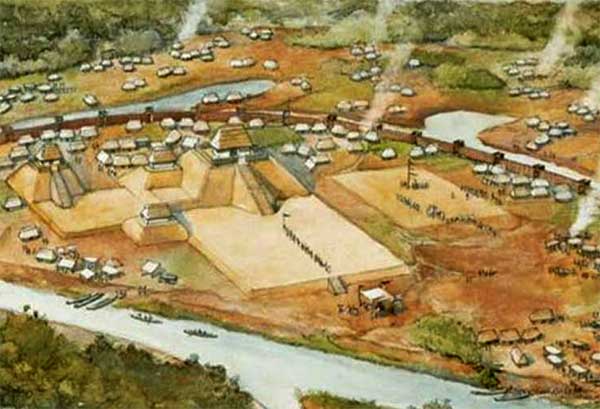 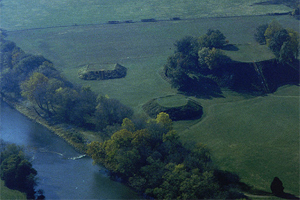 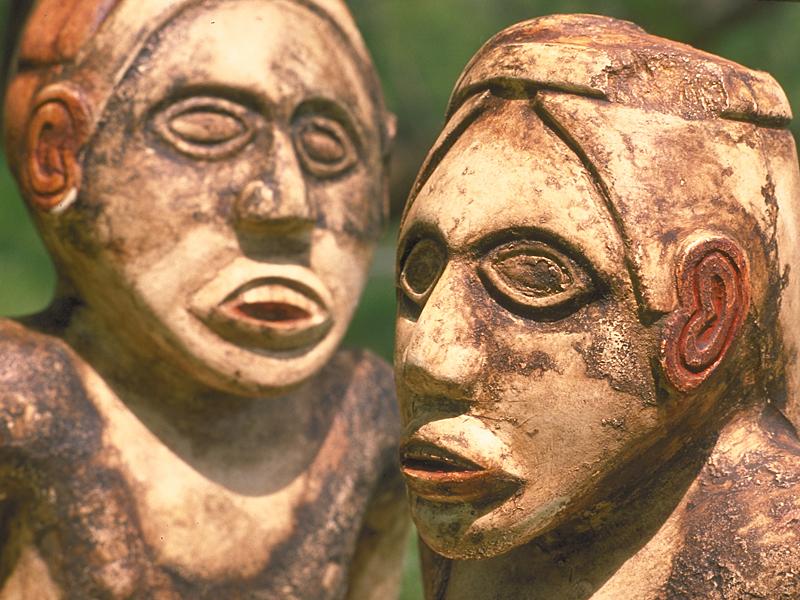 Flourishing during the Mississippian Culture (1,000 A.D. to 1550 A.D.), the Etowah Indian Mounds is the most intact Mississippian Culture site in the Southeast. The Mississippian Culture was the last major cultural development in North America before the arrival of Europeans. Mississippians were horticulturalists who planted and tended gardens of a variety of crops. They lived in communities known as Chiefdoms. Chiefdoms consisted of several settlements with a centralized capital or chiefdom. Their society was divided into two groups: the elite and the commoner. (1)

The Etowah Indian Mounds reached its height around 1250 A.D. Adjust to the Etowah River, the Etowah Indian Mounds historic site covers 54 acres. Three prominent mounds are still visible; although, the site consists of six mounds altogether. The largest mound is more than 300 square feet at the base and rises to a height of slightly more than 60 feet. Buildings were erected on top of the mounds. The site has two plazas and public buildings. Residential housing surrounded the Mounds and plaza. In closing the town was a ditch and wooden palisades. (2)

Visitors can view the many artifacts uncovered in the archaeological excavation of Mound C in the museum. The museum shows how natives of this political and religious center decorated themselves with shell beads, paint, complicated hairdos, feathers and copper ear ornaments. Hand-carved stone effigies weighing 125 pounds still bear some original pigments. Objects made of wood, seashells and stone are also displayed. Of the many artifacts uncovered, the two Etowah marble figures are the most famous.

The Society for Georgia Archaeology: http://thesga.org/2009/04/2009-lesson-plan-now-available/