Templemoor, also known as the Post-Crawford House, is an Italianate brick mansion built in 1874 that was the boyhood home to West Virginia author Melville Davisson Post. Post is famous for his mystery and detective novels written between 1911 and 1928 featuring the character Uncle Abner. Templemoor was originally built for Post's father with eighteen-inch thick brick walls and thirteen rooms featuring local West Virginia hardwood. The home was added to the National Register of Historic Places in 1982. 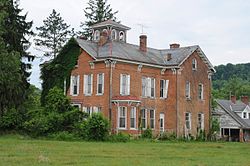 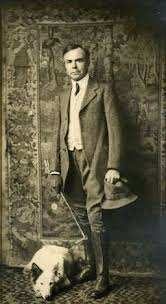 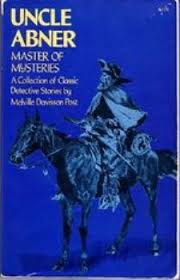 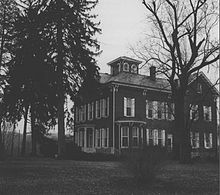 Melville Davisson Post became one of the leading authors of short stories in the early 1900s that were often set in rural West Virginia. He is best known for Randolph Mason series of mysteries and the character of Uncle Abner, a backwoods detective who foiled would-be evil doers in serial novels that appeared in the Saturday Evening Post. Melvile's Post's stories were published collectively in best-selling and influential volumes that inspired future mystery writers while the character of Uncle Abner established many of the methods of future protagonists in mystery novels.

Post credited his home state of West Virginia and time spent at this childhood home as a key aspect of his inspiration. Named by Post's mother, Templemoor was built with local brick and walnut timber from a design that either came from books about architecture or an unknown local contractor. The home housed Post's parents and six siblings during his life and the family's vast estate included 2000 acres of land. The family owned horses and cattle, but Post valued reading over tending to the farm.

As a young man, Post attended West Virginia University where he obtained a law degree. After practicing law in Wheeling, he dedicated his time to pursue his passion for writing. His legal training provided Post with the background of many of his novels with Randolph Mason, his most well-known character, often discovering loopholes to avoid getting into legal trouble. Post's literary fame increased in the decades that followed his death in 1930 as future writers drew upon Post' work to create characters like Perry Mason.