One of the few remaining structures connected to the Hawaiian monarchy, the Hulihee Palace was built in 1838 by Governor John Adams Kuakini. It served as the summer residence for the royal monarchy until 1916. The design incorporates European and American styles and uses local materials such as lava rock and native wood. Today it is a museum operated by the Daughters of Hawaii and features ancient artifacts and items once belonging to the royal families. 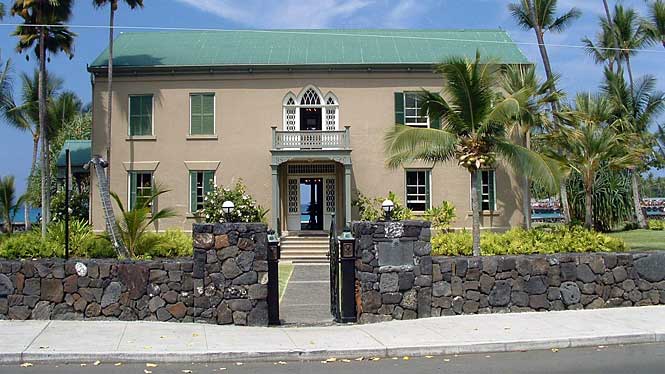 The Daughters of Hawaii acquired the palace in 1925 and spent the next two years restoring it, at which time they opened it as a museum. Over time the building had fallen into disrepair so there was quite a significant amount of work to restore it to its original state.