West Virginia is well known for its glass manufacturing on a small artisan scale and also a large factory scale. The Museum of American Glass is a non-profit museum that was founded in 1993 with a goal of preserving any component of the glass industry in West Virginia as well as the United States. The Museum of American Glass focuses on the whole history behind glass work in West Virginia and gives insight to the people, factories, and products that made glass such a valuable piece to West Virginia's history. The WVMAG also contains an archive of oral histories from the glass blowers and archives from the American Flint Glass Workers Union, which is one of the oldest unions in the United States. From 1777 until 1795, this site was occupied by a log building used by the Indian Spy Service of the Virginia Melita. Two buildings have succeeded it: The original Bailey House hotel, where the future Stonewall Jackson took the examination for admission to West Point. The building burned in 1877 and was replaced by the current structure build in 1885 by PM Hale and the home of the Lewis County Bank in the first quarter of the 20th century. It is now occupied by the West Virginia Museum of American Glass. The side of the West Virginia Museum of American Glass has a mural which illustrates the community’s rich history in the glass industry. Each piece of glass painted on the side of the building is available to view at the museum. This mural was completed in 2020 by West Virginia artist, Jesse Corlis. 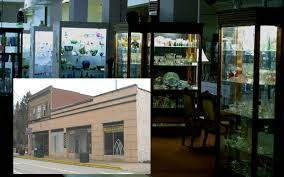 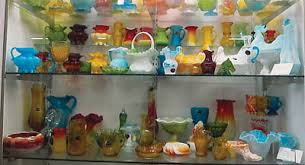 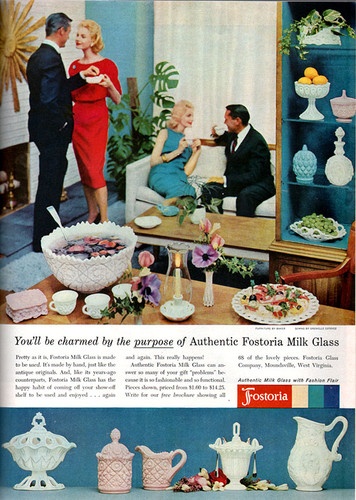 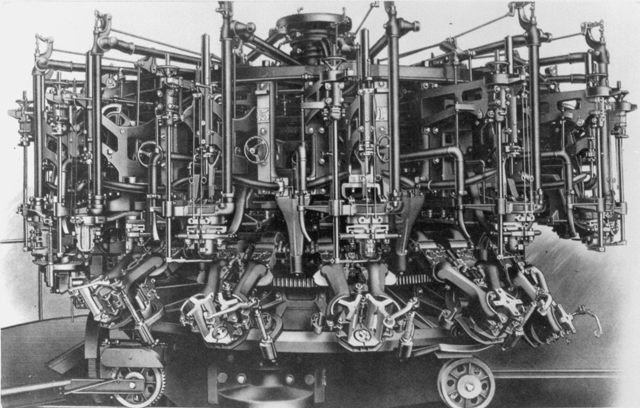 Mural at the Museum of American Glass in West Virginia

What did we use before plastic? Glass work is an array of art- it can go from something as simple a a coke bottle, shampoo bottle, or a window, all the way to collectible dishes, vases, or pieces that people put on display in their homes. These glass pieces are made by melting silica sand and combining it with sodium carbonate and lime.1 The WVMAG contains numerous pieces in all shapes, sizes and colors and explains the history of glass work from the art of hand blown glass to glass factories. This museum is also home to the National Marble Museum.

Glass work was a part of Appalachian Heritage long before West Virginia existed. In 1813, Issac Duval and Company was established in Wellsburg, and specialized in dinnerware and flint glass. The industrial revolution and the development of roads and railways that connected West Virginia to larger cities quickly resulted in the spread of the glass industry all over the mountain state. Glass companies were established in Wellsburg, Wheeling, Moundsville, New Martinsville, Paden City, Williamstown, Parkersburg and Huntington along the Ohio River, as well as Star City, Morgantown, Fairmont, Clarksburg and Weston on the banks of the Monongahela River and its tributary, the West Fork- making glass the fourth largest employer in the state in 1910.1  However, like every labor based industry, new technologies were developed and less workers were needed.

By the 1930s, the tri-state upper Ohio River region had more than half of the glass factories in the nation. These factories specialized in bottles, window glass, or tableware. By the 1880s, glass workers were organized into three strong craft unions based on these specializations. The glass workers’ unions were dominated by French, Belgian, and German immigrants who passed the craft on to their sons. Their tight control of production provided strong incentive for glass companies to mechanize their plants in the early 20th century. The unions fought bitter strikes but failed to deflect the introduction of technology by the 1920s. Legislation protecting the right to organize unions during the 1930s revived the glass workers’ organizations and boosted union membership among West Virginia’s 13,000 glass workers.2

Art glass was all the rage in Europe in the 1850s, and the trend quickly spread to the United States. Hobbs, Brockunier and Company of Wheeling, Fenton Glass Company of Williamstown, and the Fostoria Glass Company of Moundsville were some of the nation's top producers of art glass, specializing in carnival glass and milk glass. Unfortunately, art glass was a trend, and trends fade fast. None of these companies produced art glass past the 1950s, however- if you're lucky, you can find many of these art pieces in antique shops or in the WVMAG.

The glass industry was a huge part of West Virginia's labor history, and thankfully we have the Museum of American Glass to properly represent what might be lost otherwise. Not only will you see an array of conventionally used glassware, but also beautiful glass art pieces. You will be able to learn how the glass is made, about the people who made it, and why the glass industry is such an important part of West Virginia heritage.

Starting at the coffee shop, see some of Weston's most historic homes as you loop through downtown and end at the Mountaineer Military Museum.