The Centro Asturiano de Tampa, located in the historic Ybor City neighborhood of Tampa, was created in 1902 as a social and civic club for immigrants, mostly from Havana, who worked in the cigar factories of Tampa. The club built a wooden clubhouse in 1908, and when this burned down, a new masonry building was completed at the present location on North Nebraska Avenue, which was dedicated on May 15, 1914. It was designed in a style combining Neo-Classical and Beaux-Arts elements by the distinguished local architect F. Leo Elliot. Members paid a monthly fee for health insurance, use of the club facilities and guaranteed burial in the club cemetery. The organization also operated a sanitarium in Spain, raised funds for needy families and ran a school for English instruction. The club began to decline when its hospital, built in 1927 and located at 21st Avenue in Tampa, closed down in the early 1990s. Today, the building survives mostly to preserve the history of the club and to provide its upper floors as rental space for weddings, business meetings, etc. It was officially listed in the National Register of Historic Places in 1974. 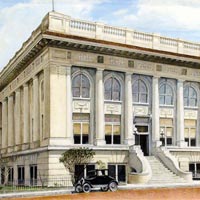 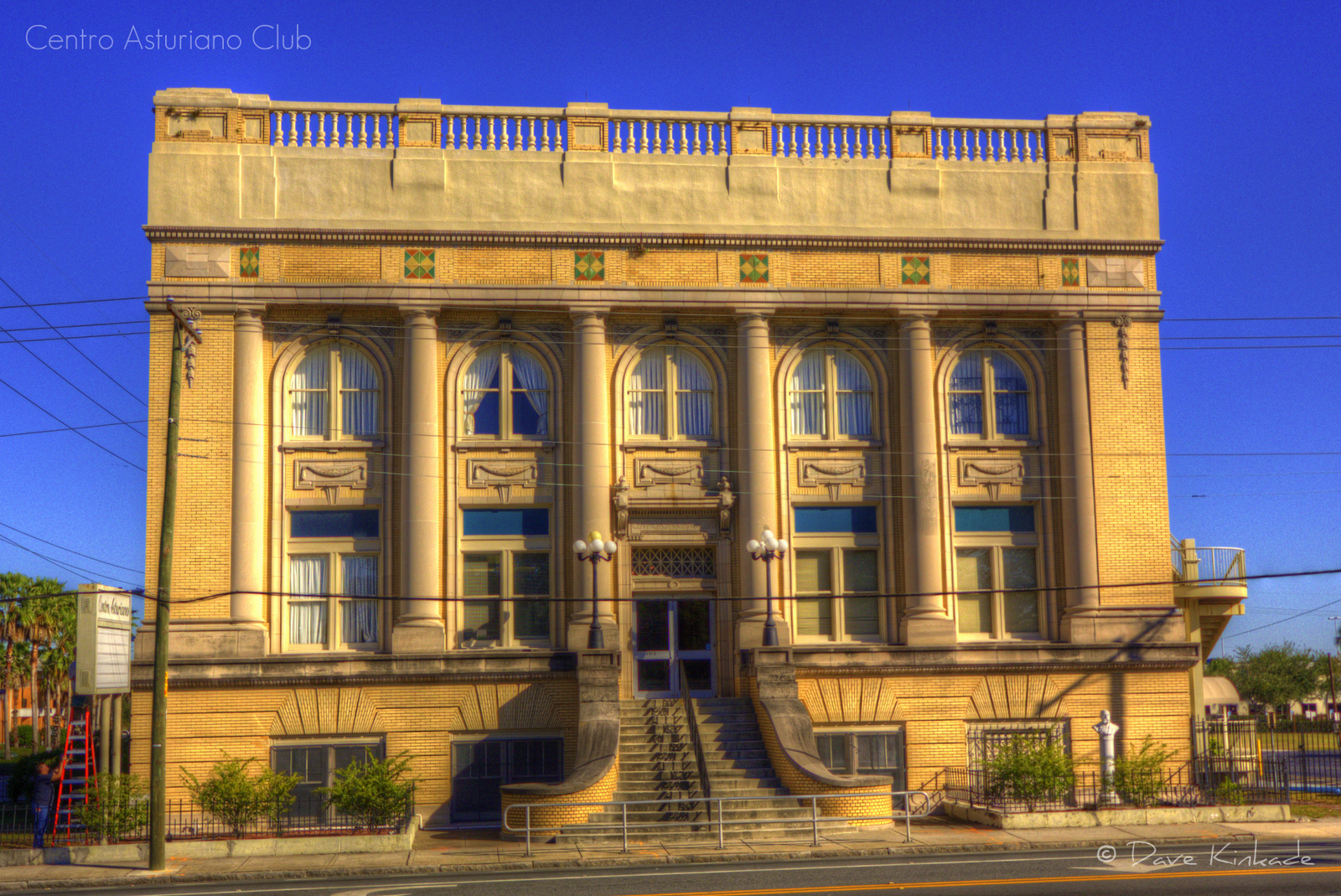 Side view of the exterior of the Centro Asturiano de Tampa 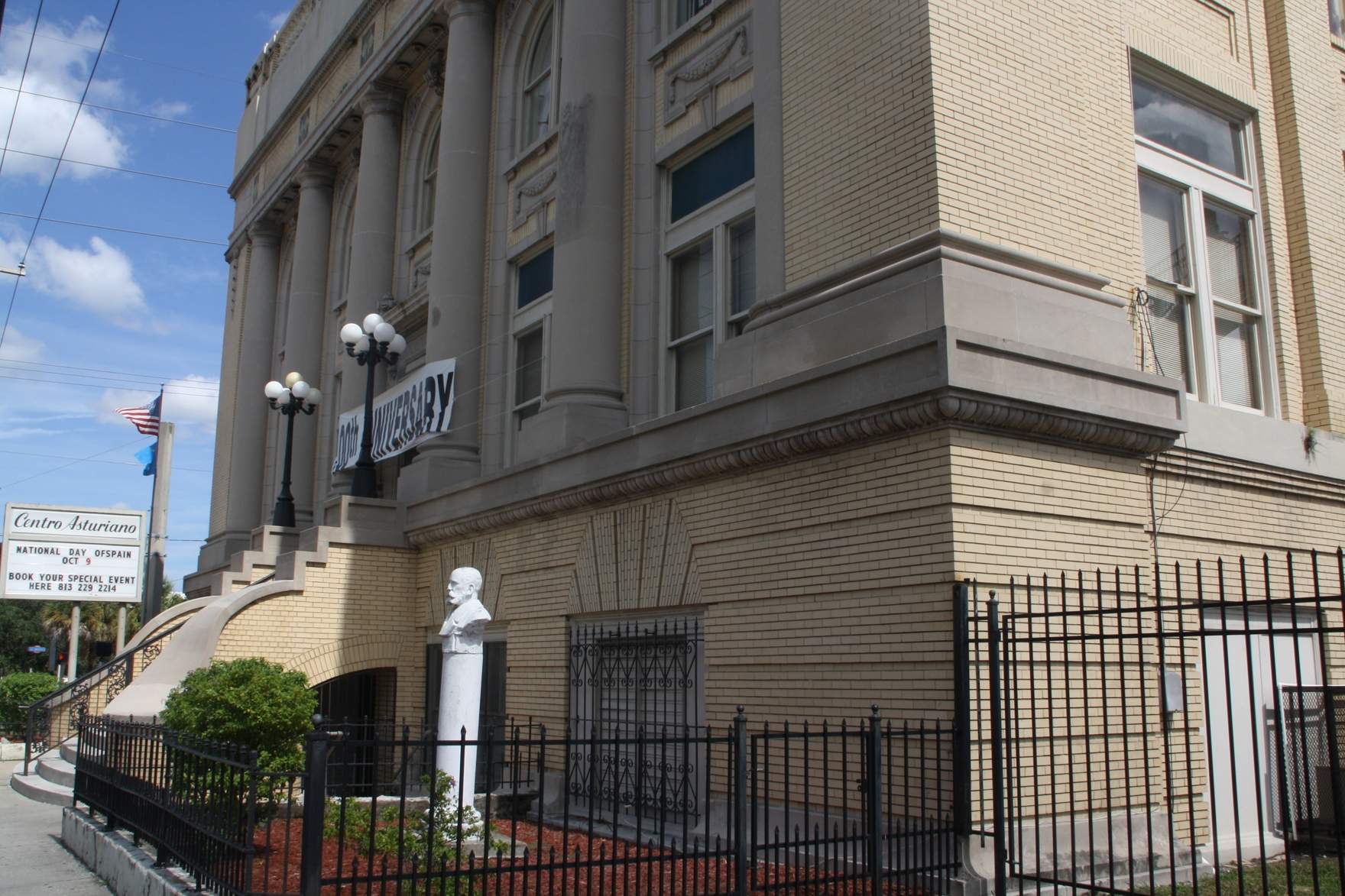 A view of the Centro's third-floor ballroom 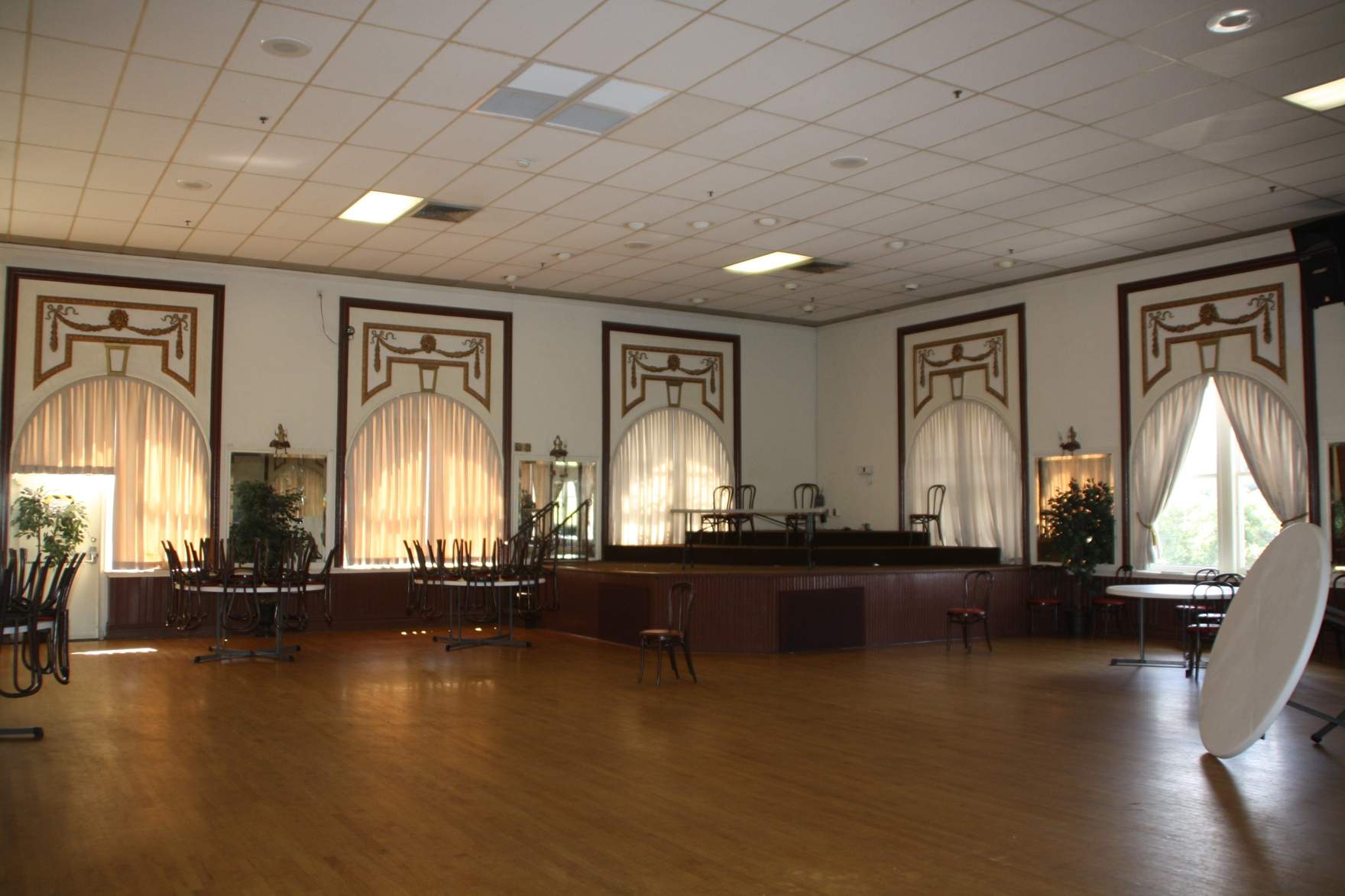 The stage and auditorium of the Centro's theatre 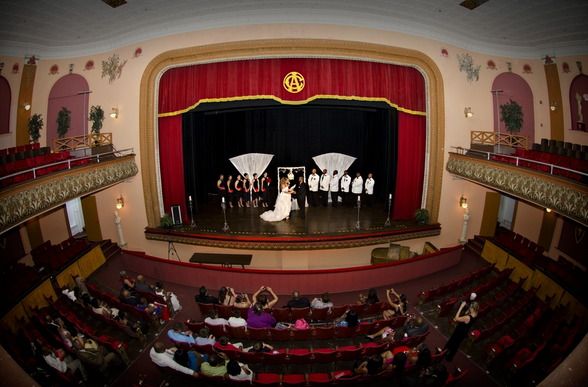 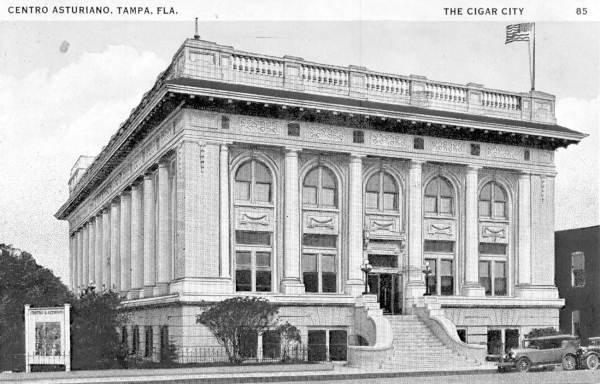 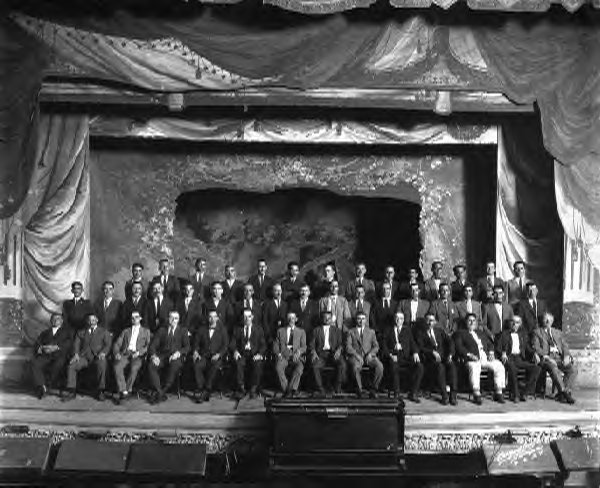 The club was originally created as a branch of the Centro Asturiano de Habana, the largest Cuban-centered men’s club. It was so popular that in 1911, even before the modern building was constructed, a club picnic attracted 6,000 people, including the families and guests of members, so that every trolley car in Tampa had to be pressed into service to transport them. In its peak years, the club serviced thousands of men, predominantly of Cuban ancestry, though any white male could join: many Italian-Americans and Galician-Americans were part of the club.

The first floor, actually a basement, as it is based three feet below street level, contains four front-facing windows situated below a classical stylobate. The stylobate in turn serves as the base for six columnns that ascend to the building’s cornice. There are four windows at the front of the second floor and five on the third floor, with the third-floor windows having an arch-shaped top. A sweeping, curved staircase leads to the building’s front entrance. It was called by the press at the time of its unveiling in 1914, “The most beautiful building in the South.”

The first floor was originally the recreation floor. It contained a gymnasium, a cantina for cards, chess, and dominoes, a billiard room with five tables and a three-lane bowling alley. The cantina still contains what is said to be the world’s longest marble onyx bar. The second floor at the time contained the club’s offices, library and reading rooms, smoking rooms, a ladies’ parlor and the stage and auditorium of the theater. The third floor contained the Grand Ballroom and the theatre’s balcony. (The theatre in the 1930s served as a center for the New Deal’s Federal Theatre Project: the club became the only Spanish-language WPA theater unit in the United States.) All 14 ballroom mirrors are from the original structure in 1914. The club's hospital at 21st Avenue was shut down in 1990, however, and all but one of its buildings was condemned and demolished six years later, leading to the decline of the club.

The ballroom and theatre still play host to many local functions and events, and the building also contains a meeting room for smaller events, called the Covadonga Room, and a boardroom for business meetings. On the event of its centenary in 2014, the organization held a fundraiser to augment a grant from Hillsborough County to fund restoration of the building. (It also hosts an annual tea party and a yearly fashion show.) The club in 2014 had 200 members: a fraction of its original membership, but growing. Violeta Murgado Lombardia of the women's auxiliary group, Las Damas of Centro Asturiano, recalled that, in the Centro's heyday, "Parents didn’t ask you if you wanted to go to the theater, they told us we were going. We grew up with it." She added: "As a child, this was our life; there was a lot of culture."