The Alhambra Hotel, opened as the Pioneer Hotel in 1894 and burned down in 1921. It was rebuilt in 1922. The Alhambra Hotel was listed on the National Register on July 31, 1991. There is a plaque near the office door indicating its historical status. It now serves as transitional housing. 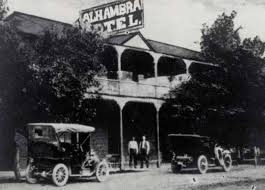 The hotel today-home to apartments 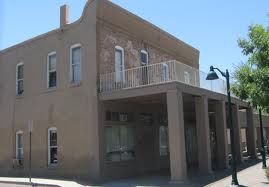 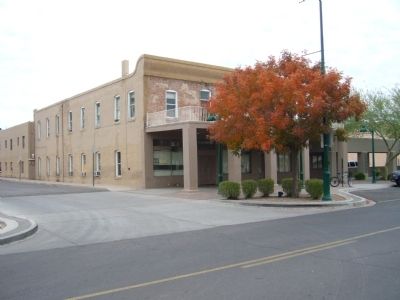 Front door of Alhambra with Historic Marker to the left of the door. 2011. Photo by Jim Kirchner. 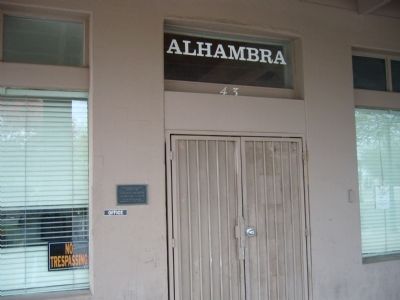 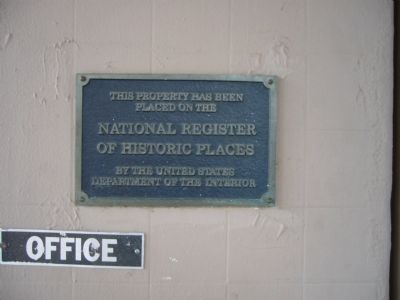 The current Alhambra Hotel (now Alhambra Apartments), is a 1922 commercial building designed in the Spanish Mission Revival Style, located in the original downtown area of Mesa. The building exhibits three important stages in its existence; the remnants of the original 1894 Alhambra that burned down in 1921, the reconstructed Alhambra of 1922, and a large addition of rooms on the rest of the property which were constructed in 1951.  Transitional Living Communities purchased the property after efforts to renovate it were unsuccessful.