Tovrea Castle was born out of the vision of Italian Alessio Carraro. Carraro came to Phoenix in 1928 with a dream to build a resort hotel castle surrounded by an exotic cactus garden and a subdivision of deluxe homes. While Carraro's dream of a hotel-resort never came to be, he did build the castle. It was purchased by stockyard mogul E.A. Tovrea in 1931, and the unique home became a historic Arizona icon in the city of Phoenix . 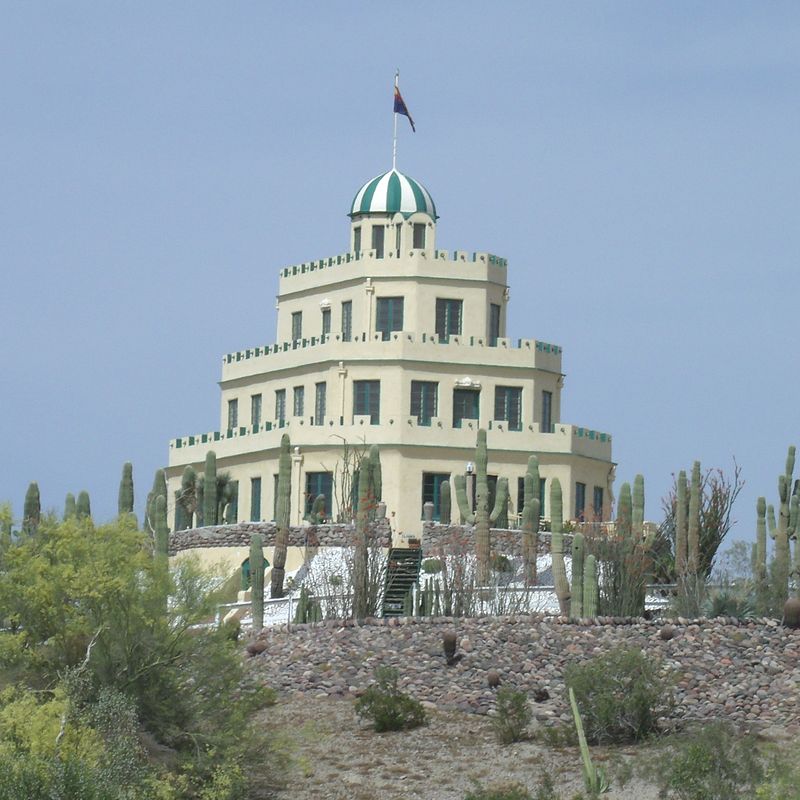 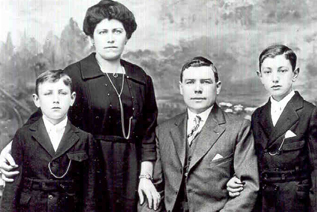 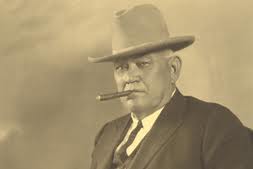 1930s photo of castle with Tovrea in front 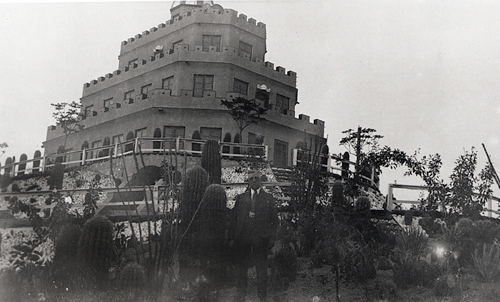 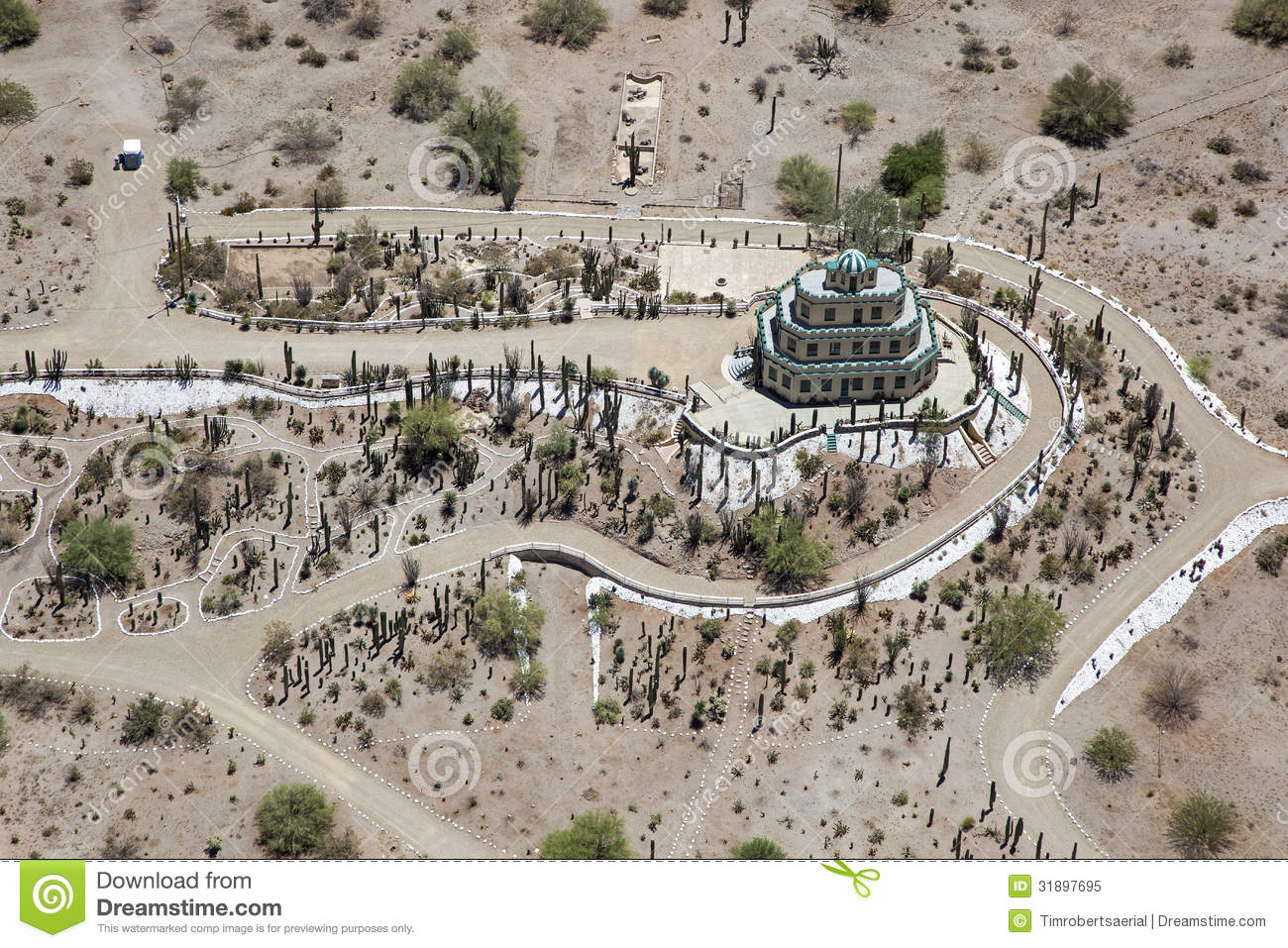 This 'castle,' nicknamed "The Wedding Cake" by locals, was constructed between 1929 and 1931. The original purpose of this castle, owned and designed by Alessio Carraro, was to attract people to come to this area of Phoenix, for there were plans to create a housing and commercial development, with this unique hotel as the centerpiece. However, the development plans never took shape and the castle belongs to the Phoenix Parks System.

Although the castle had long been recognized as a city landmark, the deteriorated state of the grounds and the building left it unsuitable for use as a city park. After finalizing the purchase of surrounding properties, the City of Phoenix began an effort to restore the building and revitalize the gardens.

In 2006, significant work was begun on restoring the gardens surrounding the castle to their previous state. Several diseased and dead plants were removed from the site while surviving vegetation was rehabilitated. During restoration efforts, 352 saguaro cacti were planted on the site and over 2,000 other cacti were relocated. Other vegetation, including desert wildflowers were planted in the gardens. Currently the park boasts over 5,000 individual cacti in over 100 different varieties.

Tovrea Castle at Carraro Heights is named in honor of the original builder, Alessio Carraro, and its second owners, E. A. and Della Tovrea. An interpretive trail exhibiting the gardens and the many desert species, as well as a greenhouse, is planned for the park.

After many delays, the City of Phoenix finally completed the project by Arizona's centennial on February 14, 2012, including a visitor's center open to the public. Tovrea Carraro Society, a local non profit organization formed to operate the site, in partnership with the City of Phoenix, has been conducting guided tours of the grounds, first floor, and basement since March 2012.

The castle is rococo in style, mimicking Italian architecture from Carraro's home country. In addition, the castle is often lit during the night by countless incandescent light bulbs distributed along the roofs and fences.

The castle is highly visible from surrounding areas, and in particular drivers on Loop 202 are offered an excellent view of the site. This has led to the castle’s having become one of the most prominent landmarks of the city.

CASTLE TOURS Tours must be booked in advance and are sold out months in advance. Any “walk-in” tour requests will be based on availability only.