Brought to this area by traders traveling by steamboat on behalf of the American Fur Trading Company, smallpox decimated the local Native American population in this area during the winter of 1837-1838. The epidemic spread from the Dakotas to present-day Billings after the steamboat St. Peter carried a number of sick passengers who had been infected with the disease into the Dakotas. Even after it was known that some of the passengers were infected, the steamboat continued its trek north and west from St. Louis on the Missouri River to Fort Union on the present-day Montana-North Dakota border. Before the epidemic ever reached present-day Billings, an estimated 15,000 to 20,000 Native Americans had perished and numerous settlers also became ill with the disease. Adding to the tragedy was the failure to inoculate Native tribes in the Northern Plains despite the success of these efforts in other areas in the early 1830s.

This historic marker relates the anguish of two Native American warriors who commit suicide when the return to see their village decimated by small pox. 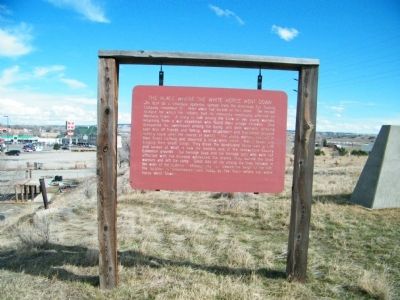 Native Americans pursued a number of strategies in response to disease and other threats. Learn how the Cherokee tribes in the east responded to the small pox epidemic with this book from the University of Oklahoma Press. 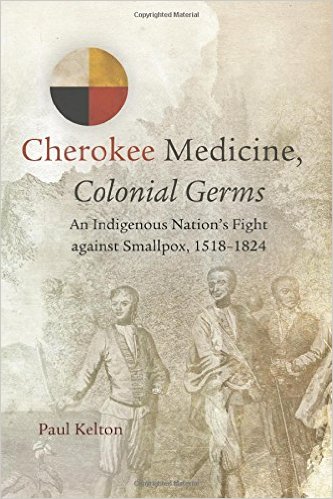 These efforts to inoculate Native Americans came during the 1830s-well after small pox had decimated Native populations in the East from the colonial period to the 1820s. Small pox and other diseases had a devastating effect on Native populations from the first contact with Europeans on the East Coast in the 16th century to the first contacts among Native Americans and traders throughout the Northern and Southern Plains. More than modern weapons, disease left Native American tribes depopulated, destabilized, politically divided, and vulnerable to the power of colonial settlers.

This historical marker relates the experience of a number of Native American children who survived the event and recalled to depths of despair of their families. The children told of two warriors who were so afflicted by despair after returning from a long journey and found that their loved ones had perished. According to the story, the two men rode a blindfolded horse off a cliff so that they might be reunited with their beloved families in death.

Contrary to the view among colonial settlers in the 17th and 18th century that celebrated the spread of smallpox among Native tribes in the East as proof of "God's favor" for settlers of European descent who were members of Puritan or Anglican churches, by the 1830s most Americans hoped to limit the outbreak of smallpox. In fact, in 1832 Congress appropriated funds to vaccinate Native Americans against the disease. The effort was best by a lack of resources and miscommunication, and efforts to inoculate Native Americans in North Dakota in the years prior to the 1837 epidemic met only limited success owing. Oe of the reasons for the failure was the government's reluctance to attempt to reach tribes such as the Blackfoot who opposed the arrival of fur-trapping companies.

While some settlers made heroic efforts to try and stop the spread of the disease, there was little that could be done once the disease reached North Dakota and Montana. Given the relative isolation of Native tribes in the West, and the failure to inoculate Native tribes in these areas, few of the Natives who contracted the disease survived. Sadly, the entire episode might have never occurred had steamboat captains followed the advice of many who called for the quarantine of sick passengers. Instead, an estimated ninety percent of the Mandan and fifty percent of the Blackfoot perished, along with thousands of members of other tribes throughout the region.