The Wheeler Airfield is located in the City of Wahiawa, the Island of Oahu. Neighboring the wheeler Airfield, is Schofield Army Barracks to the North, and Mililani City to the South. The access gates to the Airfield are Layman from the north along the Kunia road, and Cadet Sheridan gate from the south, along the Kamehameha Highway.

Remnants of the Japanese Attack On Wheeler 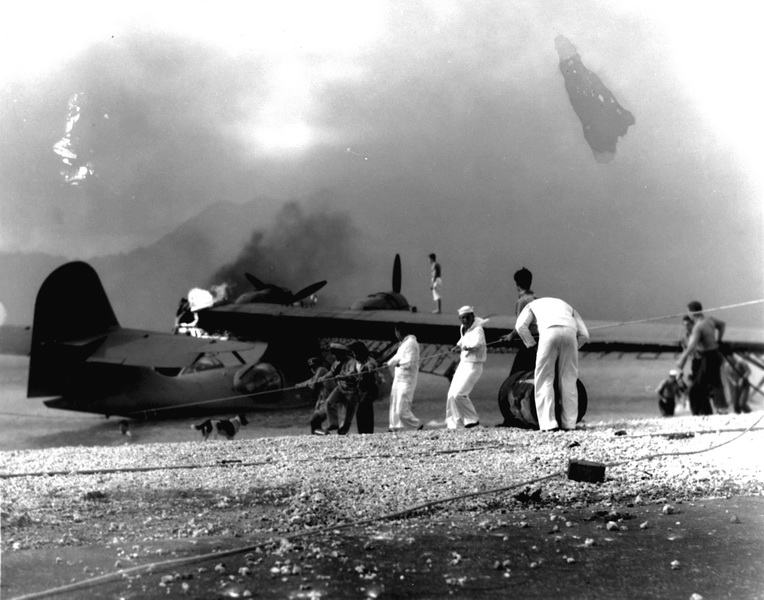 An aerial view of the attack on Wheeler Army Airfield 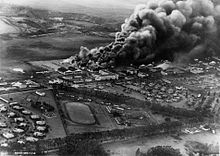 Wheeler Army Airfield was established in 1922 and was named after major Sheldon H. Wheeler who was the commanding officer of Luke Field and was tragically killed there in a plane crash in 1921. Wheeler Airfield is located on the island of Oahu, Hawaii and is known for its firsts in terms of aviation, the Japanese attack, and its central role in World War 2. The airfield initially was home for photo reconnaissance and fighter squadrons, but by 1940 its primary units consisted of fighter squadrons.

The first group of twenty enlisted men arrived at Wheeler from Luke Field on Ford Island in Pearl Harbor to create a cavalry field at Schofield Barracks. The field was made up by approximately 90 aircraft were on the ground on December 7, of which 52 were new P-40s and 39 were older P-36s. Wheeler Airfield served as the principal Army Air Corps field in Hawaii during the 1920s through the early 1930s but was not made an independent permanent military post until 1939. By December 1941, Wheeler Field was a part of the Hawaiian Air Force and was the headquarters of the 14th Pursuit Wing and the 15th and 18th Pursuit Groups. During the summer of 1941, army troops were able to be constructed 85 aircraft revetments at Wheeler Airfield.

On the morning of December 7, 1941, 275 miles north of Oahu, Japanese pilots flew from six aircraft carriers towards the island of Oahu, 275 miles north of Oahu. At 7:55 a.m. the first wave of 183 planes consisting of 43 fighters, 49 bombers, 51 dive bombers, and 40 aircraft equipped with torpedoes struck its target with a blow. During the attack 25 dive bombers aimed their fires at the hangers located at Wheeler Airfield and set fire to hangers one and three, also striking 2 storehouses in the attack. One bomb landed on the barracks the housed the 6th Pursuit Squadron which resulted in a high number of friendly casualties. The enemy aircraft returned to make another firing run and managed to destroy the air field’s runway. In the same instance, they were able to take out fortifications at nearby Schofield Barracks.

Because tensions between the United States and Japan and a large number of persons of Japanese descent were growing, Lt. Gen. Walter C. Short, commander of the Hawaiian Department, issued an alert directing army units to act to prevent internal sabotage. The aircraft were bunched together and not to be dispersed to make it easier to guard the aircraft. On Wheeler Field, the aircraft were lined up on the flight line in front of the hangars wing-tip to wing-tip and in rows only about 20 feet apart.

In the chaos, only four of the field’s fighters were able to make it airborne. They attacked the Japanese planes over southern Oahu, claiming to have knocked down two of the enemy fighters while only losing one of their own. The attackers sent a second wave of aircraft consisting of 167 planes which struck Oahu at about 8:40 a.m. Because the first attack was so successful, only seven of those 167 aircraft returned to Wheeler Airfield. Their aircraft again attacked the field but only causing minimal damage. The attack on Oahu was over by 9:45 a.m. leaving 83 aircraft destroyed, 44 of which burned on the flight line. The main intention of the Japanese was to cripple the Airborne powers of the U.S., while simultaneously targeting Pearl Harbor.

During World War 2, the field was used in resupplying and supporting the B-29 bombers in the Mariana Islands in the Pacific, and this ensured the defeat of Japan. The airfield was later reactivated during the Korean war in 1949. Presently, the Airfield serves the Hawaii Air National Guard, and the 25th infantry division's aviation unit.