The Papahānaumokuākea (pronounuced "Pa-pa-hah-now-mo-koo-ah-keh-ah") Marine National Monument is the world's largest protected natural area—covering an area twice the size of Texas—around the Hawaiian islands. The Midway Atoll, where a key WWII battle took place, is included in the monument. President George W. Bush established the national monument in 2006 and in August 2016 President Obama expanded it by 580,000 square miles. The monument protects marine life and numerous cultural sites, including shipwrecks from the Battle of Midway.

Map showing the boundary of the of the monument before its expansion in 2016. 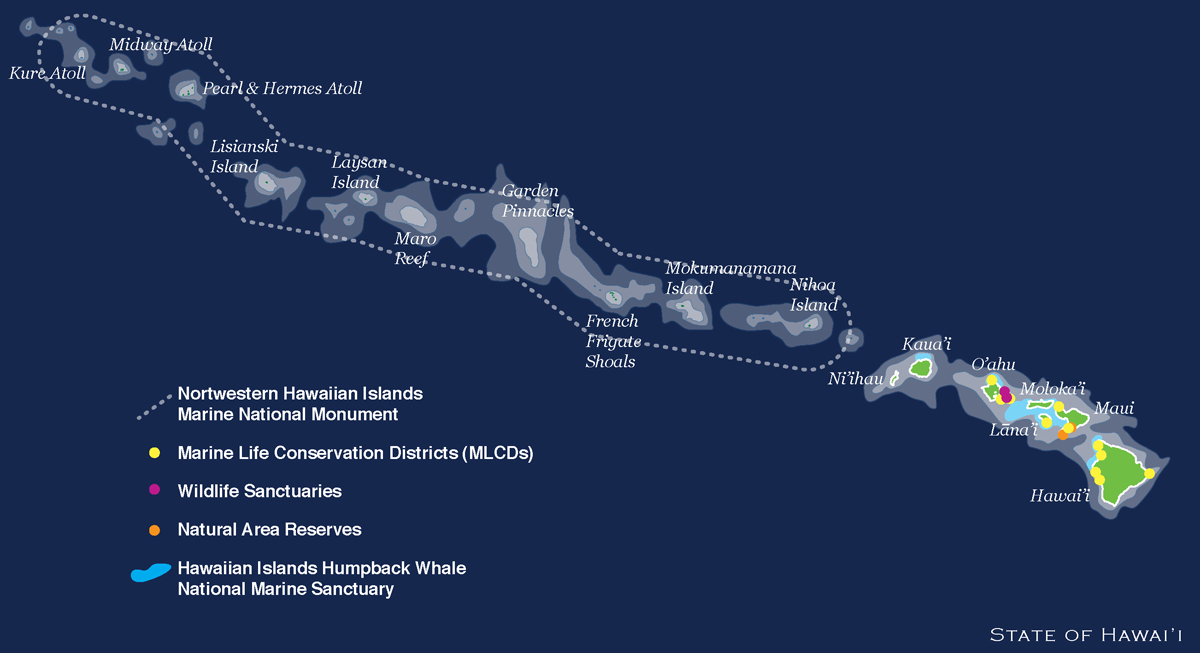 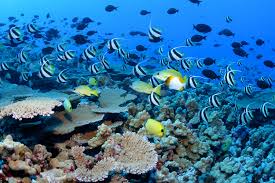 The monument was first called the Northwestern Hawaiian Islands Marine National Monument but changed to its Hawaiian name, Papahanaumokuakea, one year later. The monument hasn’t always been under protection. Hawaii in 1903 had large amounts of birds that were being slaughtered for feathers and eggs. President Roosevelt created the Executive Order Act to protect the avian species. In 1940 Roosevelt declared The Bird Reservation in the Hawaiian Islands National Wildlife Refuge. In 2010, UNESCO officially designated Papahanaumokuakea as one of the top 26 heritage sites of the world.

Papahanaumokuakea has a rich maritime heritage. The waters hold deep treasures like shipwrecks and archaeological sites. One ship is the USS Maccaw at Midway. Divers explore the artifact and remember its brave history. The Marine National Monument shows great history offered by the wreckage, but mainly focuses on the present and future of the marine life. Papahanaumokuakea’s mission is, “To carry out seamless integrated management to ensure ecological integrity and achieve strong, long-term protection and perpetuation of NWHI ecosystems, Native Hawaiian culture, and heritage resources for current and future generations.”