One of the most consequential events in United States history occurred on December 7, 1941 when Japan attacked the American naval base at Pearl Harbor. Even though the barrage only lasted two hours, it was devastating. The Japanese destroyed nearly 20 American naval vessels, which included 8 enormous battleships, and almost 200 airplanes. More than 2,000 soldiers and sailors died during the attack and another 1,000 were wounded. The Japanese lost 55 airmen and 9 submariners, and only 29 of the 414 aircraft's were lost during the bombing.

The Battleship Arizona sinking and engulfed in flames. 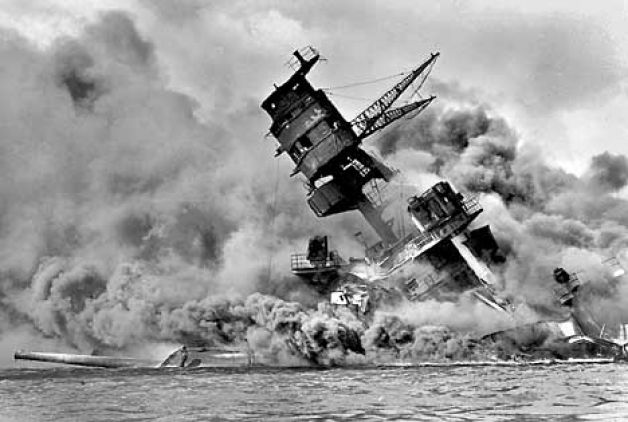 Initial view of the attack from a Japanese airplane. 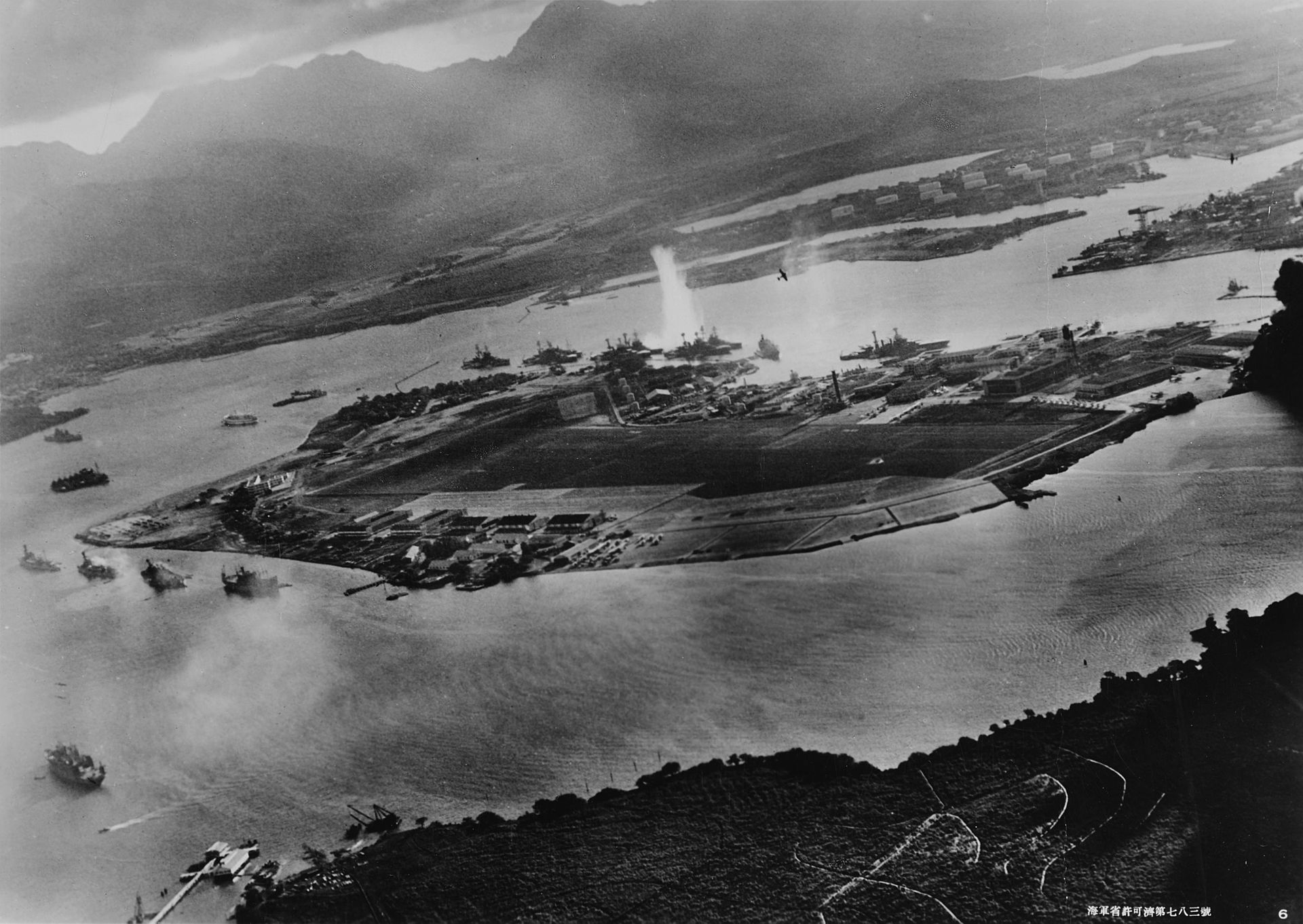 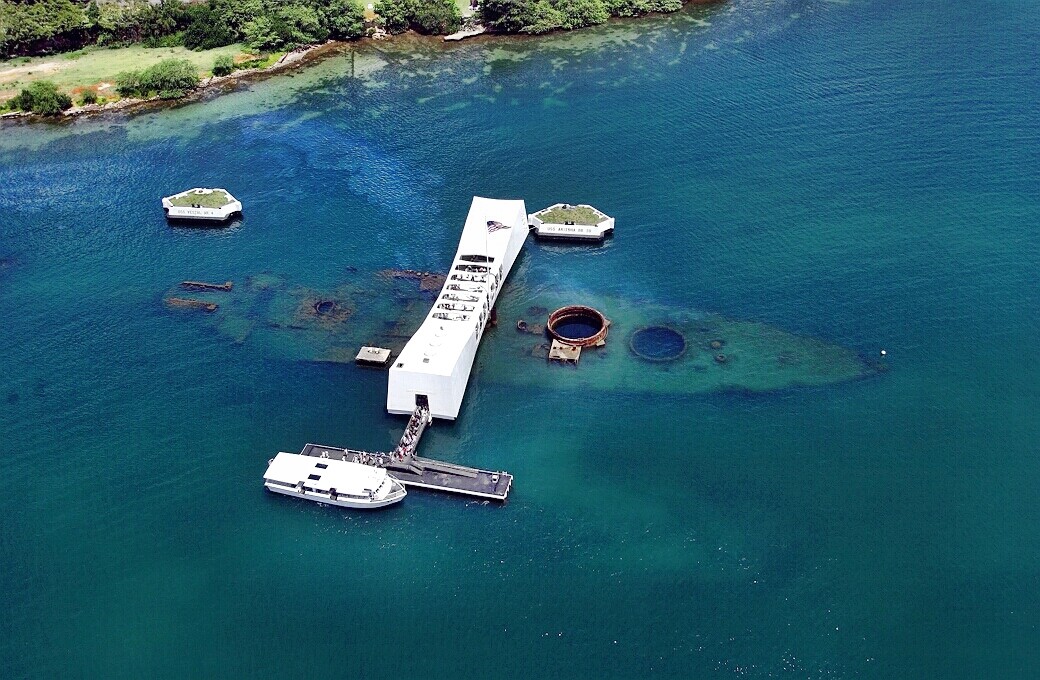 The first attack wave of 183 planes was launched north of Oahu, and was led by commander Mitsuo Fuchida. The first group was ordered to attack the battleships and aircraft carriers. The second groups targets were Ford Island and Wheeler Field. The third groups targets that were attacked were aircraft at Ford Island, Hickam Field, Wheeler Field, Barber's Point, and Kaneohe. Only 6 of the 183 planes did not launch because of technical difficulties.

Eight battleships were destroyed during the bombing which included the Arizona, Oklahoma, West Virginia, California, Nevada, Tennessee, Maryland, Pennsylvania and also an ex-battleship Utah. Also the Japanese attacked three cruisers, destroyers, and auxiliaries. Of the 402 American aircraft in Hawaii, 188 were destroyed and 159 were damaged. 24 of 33 PBYs were destroyed and 6 others were damaged beyond repair. On top of all of that friendly fire brought down 5 more U.S. planes, and Japanese attacks on barracks killed additional personnel.
The attack came as a shock to the American people and this led them right into World War II. A day after the attack, President Franklin D. Roosevelt asked Congress to declare war on the Japanese and Congress approved. On December 11 Germany and Italy declared war on the United States and later that same day the United States issued a declaration of war against Germany and Italy. As a consequence, over 110,000 Japanese Americans were removed from their homes and were sent to internment camps across the United States.