The Dole Plantation celebrates the pineapple and honors James Drummond Dole, the man responsible for ensuring that the fruit would become a staple throughout the country. The plantation still operates as such but it is more than that; it is an "experience" and one of the island's most popular attractions. Visitors can try pineapple ice cream in the gift shop, take a tour of the plantation garden, eat at the plantation grille, as well as take a tour on the "Pineapple Express" train, which travels through the fields of the plantation. The plantation is near Wahiawa in Central Oahu, Hawaii (about a 40 minute drive from Waikiki). It also features a large garden maze, which it claims to be the world's largest. More than one million people visit the plantation each year. 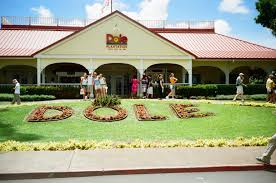 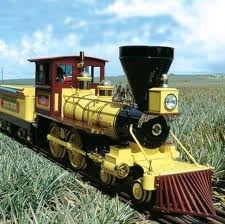 Aerial view of the maze 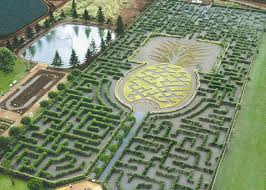 While his cousin, Sanford B. Dole, was in the government of Hawaii, James Drummond Dole moved to Hawaii and began what is now a highly successful business in pineapple agriculture. He was not the first to grow the fruit on the island but was the first to make it profitable. After purchasing the entire island of Lanai, the island became known as "Pineapple Island" and it produced 75% the world's pineapples.

"The History of the Pineapple." Dole Plantation. Accessed February 24, 2016. https://www.doleplantation.com/resources.