The National Western Stock Show is an historic sixteen-day rodeo and livestock show, and Colorado’s largest trade show that takes place in January each year in Denver. First held in 1906, the show is representative of the city’s Western heritage and continues to play a key role in the city’s agricultural scene. 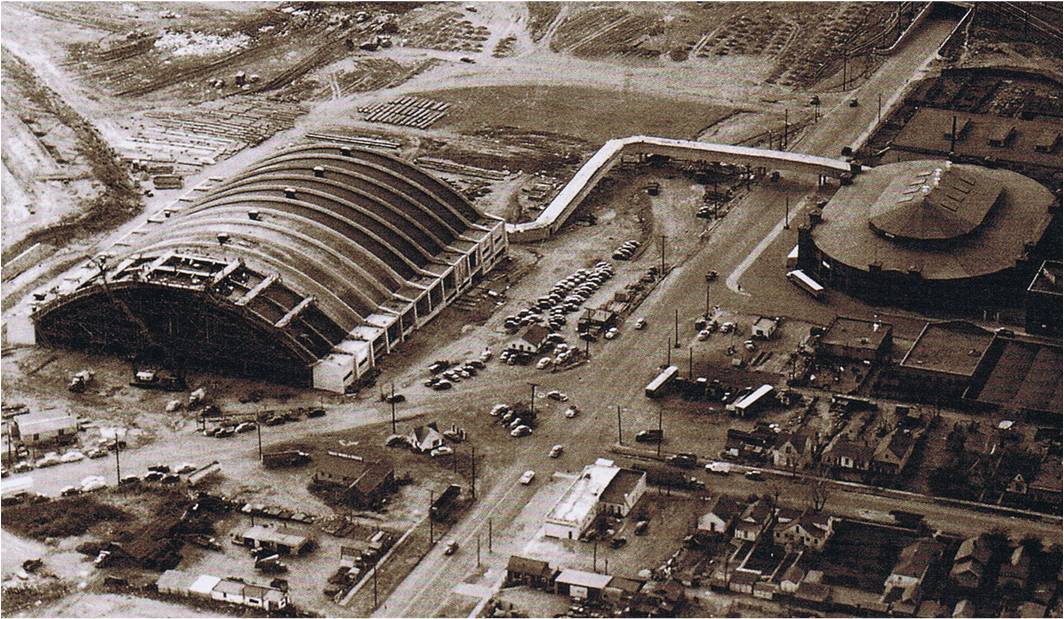 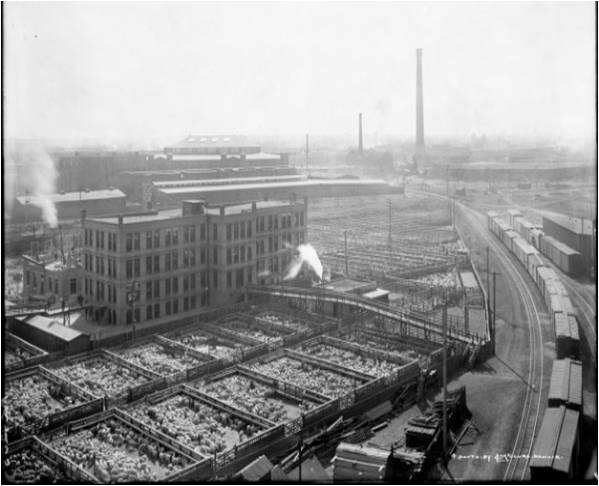 The National Western Stock Show was first organized in January 1906 by a number of local agriculturalists, including Elias M. Ammons (president of the Colorado Cattle and Horse Growers Association and later governor of Colorado), George Ballentine (manager of the Denver Union Stockyard Company), and Fred P. Johnson (publisher of the Denver Daily Record Stockman, a periodical that focused on livestock development in the Colorado region). The founding aim of the Stock Show was to provide a space where breeding and feeding innovations could be demonstrated to local and national stockmen, and as a friendly competitive environment to display particularly fine stock. Although it only ran for six days, more than fifteen thousand people attended the event, coming all the way from Omaha, Kansas City, Chicago, and cities of the east coast. Admission was free at first, though a 25c charge was added from 1909.

By 1900 hundreds of thousands of animals would arrive via the nearby railroad station (including, but not limited to, many different breeds of cattle, hogs, sheep, mules, and horses), and from 1908 it had become so popular that stockmen from around the world were travelling to Denver with their animals and innovations. Human attendees arrived by streetcars that left from Union Station. That same year a horse show was added to the programme, and from 1931 rodeos were held each year. Other regular events included the Collegiate Wool Judging Contest, the Best Ten Head Shorthorn Competition, the Catch-A-Calf Contest, the Working Stock Dog Competition, and innumerable sales and auctions – there was even a baby competition held in 1914 for three year olds.

At first the National Western Stock Show was held underneath an enormous circus tent. However, as it became more popular a permanent space was required for the Stock Show to be held in each year. The Denver City Council and Union Stock Yards commissioned the construction of a building complex and stockyards between the South Platte River and Franklin Street.  The earliest of these buildings is the Livestock Exchange Building, erected in 1898. This served as the heart of the Stock Show, surrounded by massive pens used to hold the animals during the events (by 1905 there was over one hundred acres of stockyards surrounding the complex). A five story addition to the building was constructed in 1916, which served as the office space of the Denver Union Stock Show Company, the U.S. Bureau of Agricultural Economics, and the Denver Daily Record Stockman newspaper. The neoclassical National Amphitheatre and Livestock Pavilion, known today as the “Arena”, was constructed in 1909 and served as the main venue of the show’s events with a seating capacity of more than six thousand people. In 1945 an additional venue was sought, as the show continued to grow in size. Two years later construction started on the Municipal Coliseum, which was completed in 1952. This steel and concrete edifice could seat over eight thousand spectators beneath its eighty seven foot high ceiling.

The National Western Stock Show has taken place every year since it began, with the exception of 1915 when it was cancelled due to a breakout in the foot and mouth disease in states around the country. Today, ranchers and farmers from around the country and the world come together each January to display their stock and to learn about the latest livestock management technologies and techniques. The Livestock Exchange Building remains in an excellent state of preservation, with a number of additional buildings erected over the years: the Hall of Education, Beef Palace, Horse Cente, and National Western Club in 1973, the International Center in 1987, the Exposition and Stadium Halls in 1991, and the National Western Events Center in 1995.