The Burnside Bridge is a Strauss-type double-leaf bascule type bridge that was built in 1926. The bridge is representative of the engineering heritage of twentieth century America, with fine and rare examples of well-preserved bridge technology. It is also important for the history of Portland’s urban expansion from downtown Portland to Beaverton and Gresham. It features one of the largest concrete decks of any bascule drawbridge in the world. The bridge was listed on the National Register of Historic Places in November 2012. 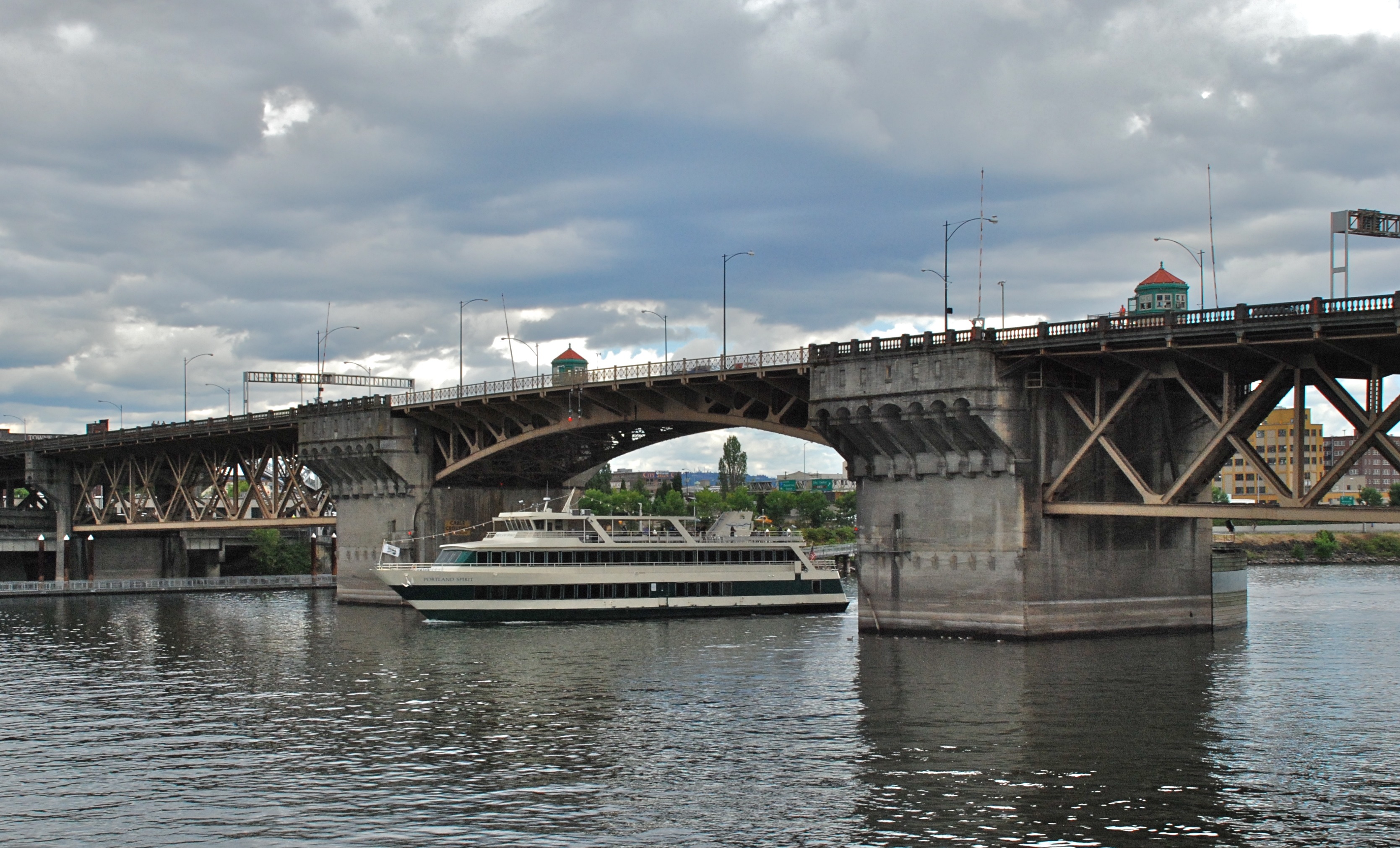 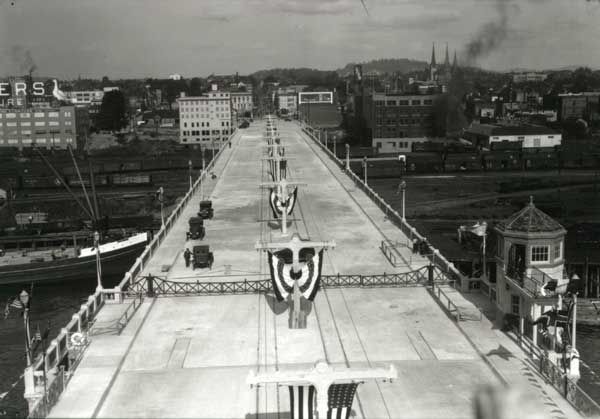 The Burnside Bridge was the first built on the Willamette River that had been designed by an architect. It was built to replace a pin-connected and steam powered swing bridge that had been constructed in 1894 (also known as the Burnside Bridge). The local architectural firm, Hedrick and Kremers, was initially commissioned to design it, but were fired shortly after beginning under accusations of bribery and corruption. The acclaimed engineer Gustav Lindenthal was subsequently hired to complete the project. The construction itself was carried out by the Pacific Bridge Company. The innovative mechanism of the drawbridge was designed by Joseph Strauss, who would go on to design the Golden Gate suspension bridge in San Francisco.

The bridge consists of two truss side spans and a double-leaf Strauss trunnion bascule draw span. It is 2241 ft. long and 86 ft. wide in total, and could comfortably accommodate five lanes of vehicles with two sidewalks (there were originally six lanes, but one was replaced by two bike lanes in 1995). The bridge is of an unusual form, insofar as the main bascule span is shorter than the double-intersection Warren trusses, which are themselves striking for their unique truss design. The structure is made of steel plate girders and concrete. The original concrete and floorbeam deck was extremely thin, at only five inches. The drawbridge was operated by a 3.5 million pound under deck counterweight.

The bridge was constructed during the phase of architectural and engineering philosophy and design known as the City Beautiful Movement. This city planning movement sought to encourage civic pride and social betterment through the creation of monumental and aesthetically beautiful urban landscapes, inspired mostly from European Beaux-Arts fashions. In accordance with these principles, the Burnside features a wide range of ornamentation and embellishment. It has a decorative balustrade railing, and octagonal towers built in the Italian Renaissance style designed by Houghtaling and Dougan. These were used by the bridge operators.

From 1990 a skate park developed underneath the Burnside Bridge, and is today one of the most popular in the city. Today the bridge is in an excellent state of preservation, with most of its original features still visible. In 2006 the bridge was restored, during which time the deck was replaced (having been worn out from repeated openings), and the mechanical parts of the bridge were replaced. Due to the rare design of Burnstine’s bridge this project required over two years to complete. Today it opens around forty times each month.