Hamilton Pool Preserve is large natural pool 23 miles west of Austin, Texas right off highway 71. The pool was created when the dome of an underground river collapsed. It is estimated that this happened sometime before the 1960s, when the natural pool became a popular swimming spot. Today, locals and tourists swarm the natural pool on warm-weathered days. In order to keep the preserve safe, there is only allowed a limited number of people in the canyon at a time. During the summer, it is not uncommon to have a long line, waiting sometimes an hour, just to swim in the Hamilton Pool Preserve in Austin, Texas.

View of the natural beauty that Hamilton Pool Preserve. 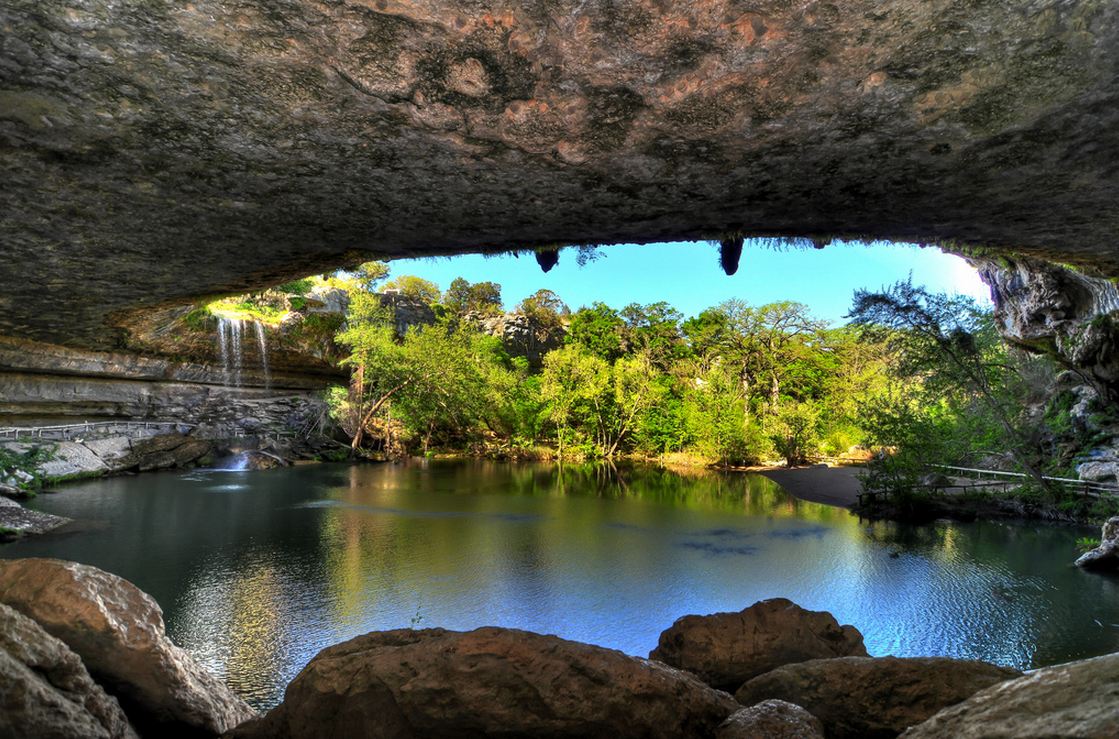 A large crowd of people swimming in the pool. 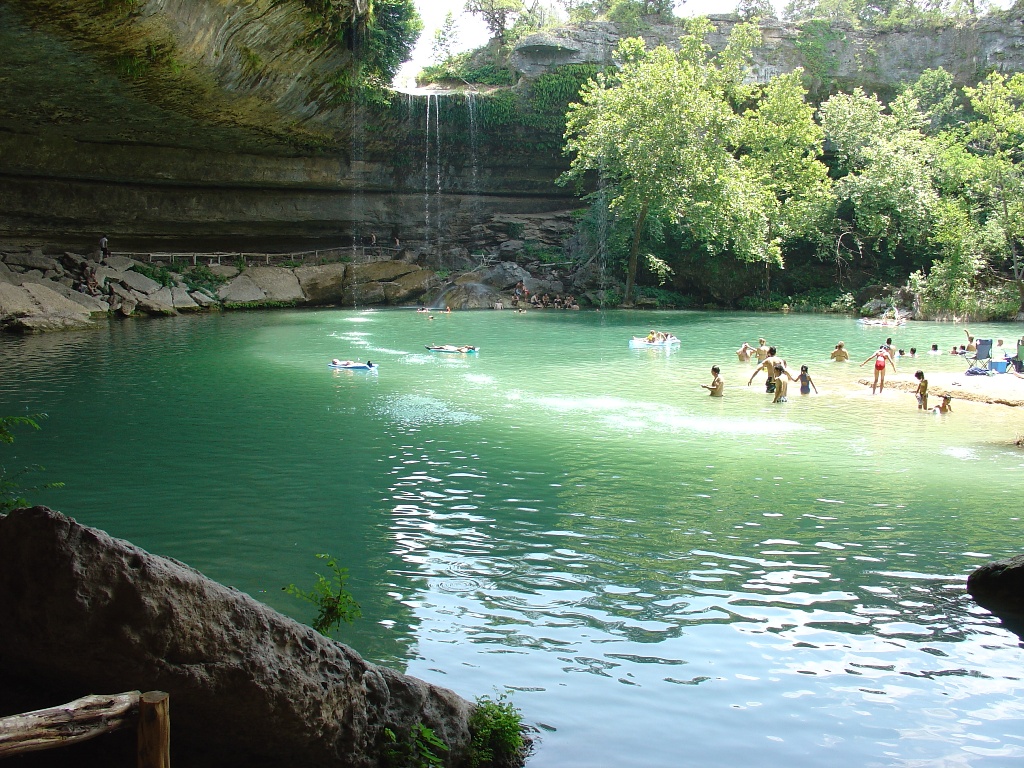 The Hamilton Pool Preserve is a natural pool with 232 acres of protected natural habitat in Austin, Texas. The pool also features a 50-ft tall waterfall flowing down into it. The natural pool was originally an underground river when the dome collapsed sometime before the 1960s. It is said that Morgan C. Hamilton, the property owner at the time, had a son who often explored. Legend says that is was his son who discovered the pool. Since then, it has become extremely popular on good weathered days.

The family later decided that the pool was too dangerous for their livestock to live around. They opened it up to the public around the turn of the 20th century, however, it wasn’t until the mid-1960s that the natural pool became very popular. The land began to suffer because of the numbers who traversed it at once. The land got so bad that in 1985, Travis County purchased the 232 acres from the family in order to restore the natural pool.

When visiting the large swimming hole, there is a quarter-mile hike down to the pool. There are many spots to sit and have lunch. Hiking is always available. Of course, swimming is an option. There are also tours that are available in group or private sessions to learn about the nature and environment. Travis County is a big proponent of having fun at the swimming hole, but the environment and well-being of the natural habitat definitely comes first.