Battery Kemble park is owned and operated by the U.S. National Park Service. Located in the northwest section of Washington D.C., this National Historic site formerly served as a defensive site for the Union Army. In 1861, Battery Kemble was part of the Civil War Defense of Washington, also known as the Fort Circle. The Fort Circle, a series of forts which encircled Washington D.C., stood as the line of defense against Confederate troops marching on the capital. This park is a popular location for running, nature walks, and sledding.

The main entrance sign detailing some history of the area 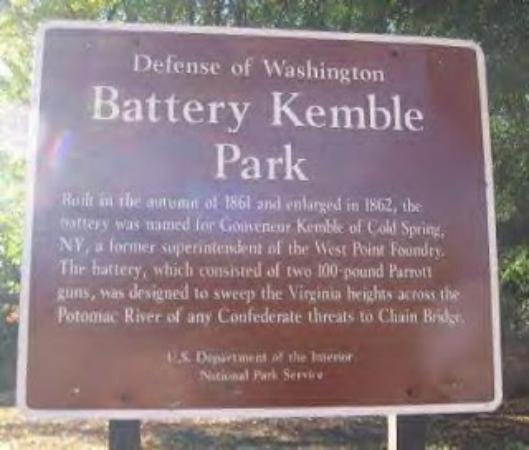 The two 100 pound guns were located at what is Now Old Chain Bridge Rd. 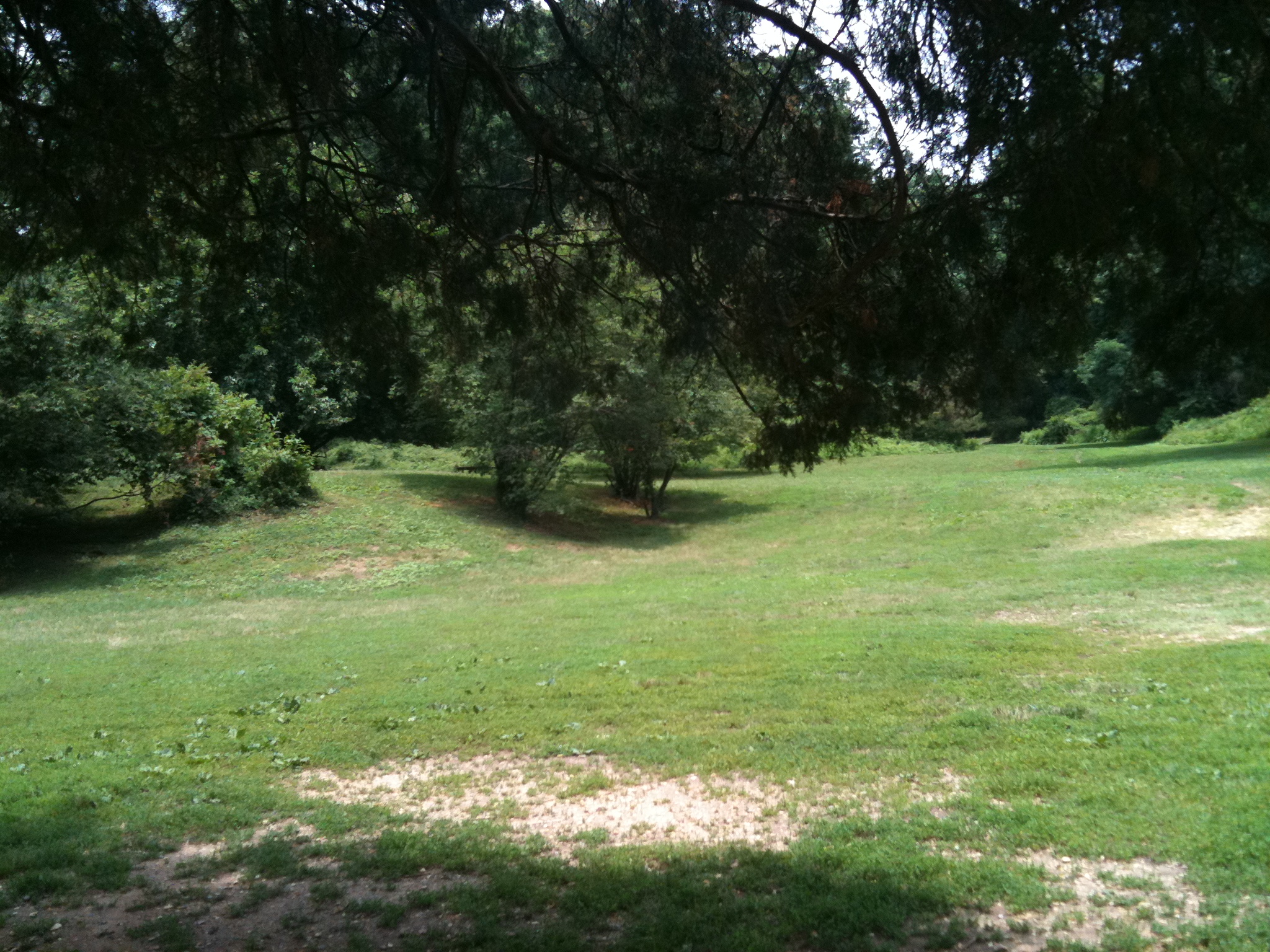 Located in Washington D.C., Battery Kemble Park is owned and operated by the U.S. National Park Service. Fort Battery Kemble stood in defense of Washington D.C. on the NW quadrant of the city. The Potomac River delineated the border to the south, and the State of Maryland bordered the fort on the north. Constructed in 1861 as a Union Army fort, Battery Kemble was part of the Fort Circle, a ring of Forts which encircled Washington D.C. Fort Circle was designed to stop advancing Confederate soldiers marching against the capitol. Other nearby fortifications included Battery Cameron, Battery Parrot, Battery Vermont, and Battery Martin Scott.

Battery Kemble was named after Gouverneur Kemble of Cold Spring, New York. Kemble, the former superintendent of West Point Foundry, had supervised the manufacture of most of the heavy weaponry used by the Union Army and Navy during the Civil War.

The Battery consisted of two 100 lb parrot rifles placed on the highest point of Ridge Road (now Nebraska Avenue). Union soldiers chose this location such that the rifles would be in a position to sweep Chain Bridge, Aqueduct Bridge, and Virginia. Chain Bridge, a heavily trafficked bridge crossing the Potomac River, represented a unique defensive challenge to the Union army and required constant monitoring. The Aqueduct Bridge, built between Georgetown, D.C. and Alexandria VA, allowed the movement of cargo ships from the Chesapeake and Ohio Canal into the Potomac River and Alexandria. Neither could be closed or destroyed. These two Bridges were vital to the supply of goods and services to Washington D.C., and to the nation during the Civil War.

Today, the park is a popular location for outdoor recreational activities, such as running, dog walking, nature walks, and sledding. The park is populated with pine trees, features a bamboo grove, and is home to many species of birds. A tributary of the Potomac River, Maddox Branch, flows through the park. The parapet and gun positions have been replaced with a public road and are no longer visible.