In 1923, Congress established the American Battle Monuments Commission. Headquartered in Arlington, Virginia, the American Battle Monuments Commission is responsible for the design, construction, operation, and maintenance of American monuments, memorials, markers, and cemeteries on foreign soil. This independent agency is part of the executive branch of the federal government. As of 2015, there are 25 sites under the care of the organization.

Oise-Aisne American Cemetery and Memorial, near Fère-en-Tardenois in northern France 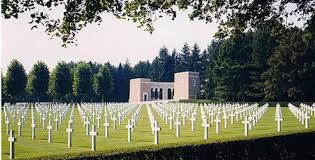 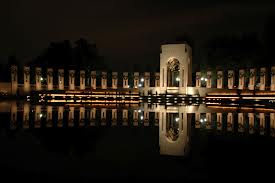 Congress established the American Battle Monuments Commission in 1923. The AMBC is a small, independent organization responsible for the care of American military monuments, memorials, and cemeteries. In order to honor the service, achievements, and sacrifices of the U.S. Armed Forces, the agency's is tasked with:

The AMBC's first program included landscaping and the construction of non-sectarian chapels at eight European Burial grounds established by the U.S. Department of War to commemorate World War I. In 1934, President Franklin D. Roosevelt transferred control of the these burial grounds to the AMBC, and tasked it with all future design, construction, maintenance, and operation of permanent American military burial grounds outside the U.S.

As of 2015, the AMBC maintains 25 memorials, monuments, and markers throughout the world. These relate to World Wars I and II, as well as the Korean, Vietnam, Mexican-American, and Philippine-American Wars. In Washington, D.C., the AMBC established the American Expeditionary Forces Memorial, the Korean War Memorial, and the World War II Memorial, which are now maintained by the National Park Service.

The ABMC is headquartered in Arlington, Virginia. The Overseas Operations Office in Garches, France, ensures the timely management of memorials and cemeteries abroad.