The Eight-Foot High-Speed Tunnel, located in Building 641 of NASA's Langley Research Center in Hampton, Virginia, was built in 1936. It was the first continuous-flow high-speed wind tunnel. The purpose of the tunnel was to conduct tests relating to aircraft design. Decommissioned in 1956, this former National Historic Landmark remained closed to the public until its demolition in 2011. 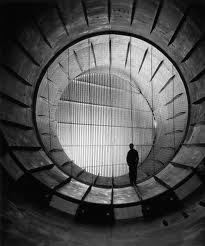 Demolition of Building 641.The Eight-Foot High Speed Wind Tunnel was removed from the list of National Historic Landmarks after its demolition. 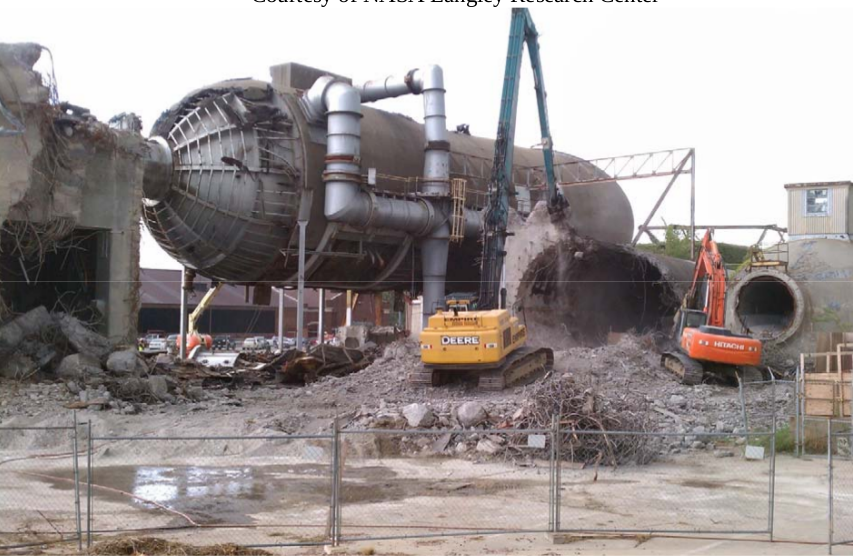 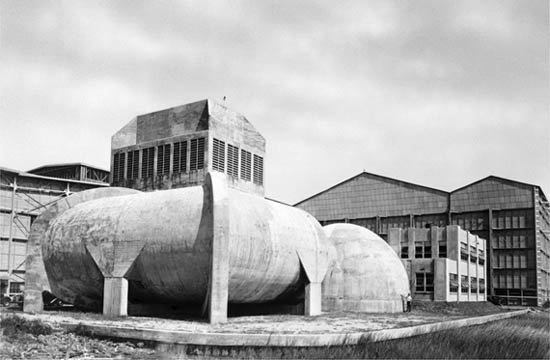 The Eight-Foot High Speed Tunnel was completed in 1936, at a cost of $36,266,000, for the purpose of testing large models and actual working parts of airplanes. It was located at Building 641 of NASA's Langley Research Center in Hampton, Virginia. The National Advisory Committee for Aeronautics (NACA) required a facility which could test sizable models of aircraft on a continuous basis. The need for suitable testing conditions for high speed aerodynamic research resulted in the formation of a design group, headed by Manly J. Hood and Russell G. Robinson, in 1933. The Public Works Commission provided funding for the facility's construction.

NACA engineers used reinforced concrete for the structure, creating an igloo-like appearance. The walls of the structure were up to a foot in thickness. Originally, the tunnel was capable of moving air at speeds up to Mach 0.75. In 1947, the placement of a contoured nozzle increased the maximum speed to Mach 1.2. The tunnel underwent additional modifications in 1950, including the addition of a slotted-throat test section.

NACA engineers could now conduct the research that would supply high-speed test results on a larger scale, owing to the impressive capabilities of the Eight-Foot High Speed Tunnel. The HST was responsible for significant contributions to aeronautics technology, such as defining the causes and solutions for stability and control problems experienced during high-speed dives. Technological advancements discovered at the HST were used in the design of WWII aircraft. Additionally, experiments in this tunnel resulted in Richard Whitcomb's discovery of the transonic area rule.

In 1956, the construction of another eight-foot tunnel ended the service life of this tunnel, and the facility was closed to the public. It was declared a National Historic Landmark in 1985, owing to its ground-breaking design and contribution to aviation history, but was demolished in 2011 and subsequently removed from the listing three years later.