The Second Battle of Bull Run was fought on August 29 and 30 in 1862. It served as the culmination of an offensive campaign launched by General Robert E. Lee against the Union Army of Virginia. General Thomas J. Jackson captured the Union supply depot at Manassas Junction and his men took up defensive positions there. The Union Army of Virginia, under General John Pope, launched an all out assault against Jackson but, after being repulsed multiple times, they all ran into Confederate reinforcements. With the help of reinforcements, the Confederates counterattacked massively completely crushing the Union side and winning the battle. 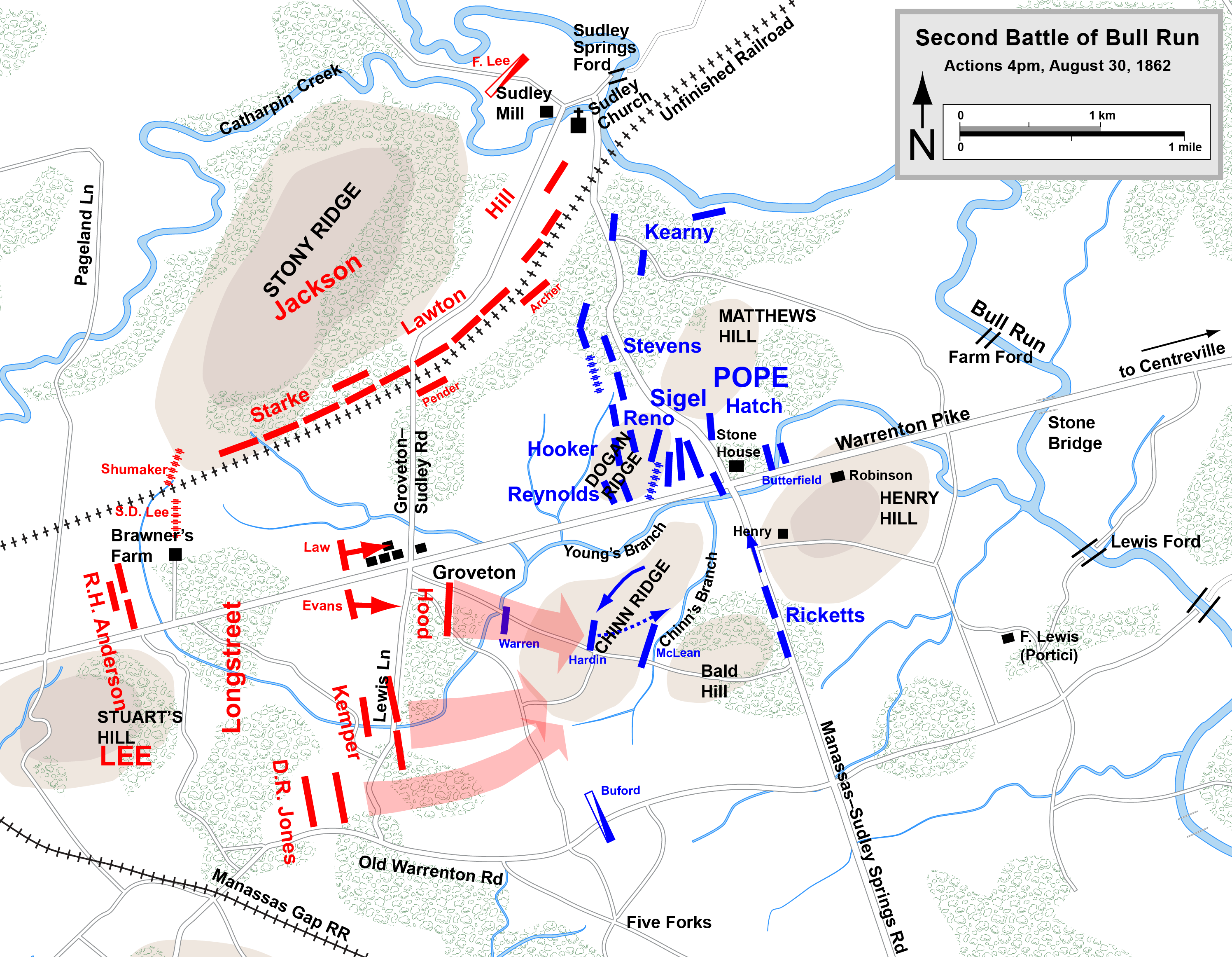 Lithograph depicting an interpretation of the events of the Second Battle 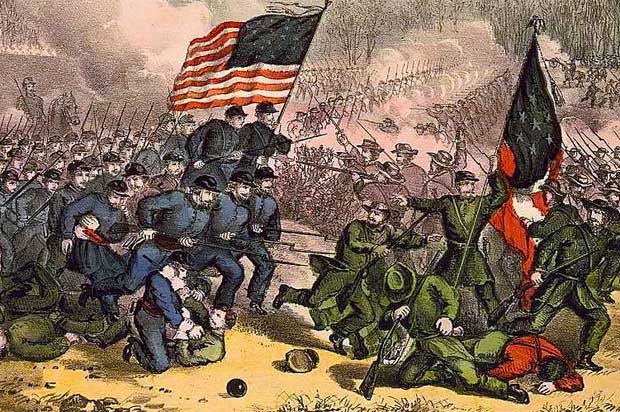 After a flanking march against the Union, General Stonewall Jackson seized control of the Union supply depot at Manassas Junction. He subsequently withdrew a few miles Northeast to a more defensible position on Stony Ridge. Jackson then took the initiative which involved attacking and harassing a Union columnn at Brawner's Farm, but the fighting ultimately resulted in a stalemate. Meanwhile, Confederate General James Longstreet managed to break through the small Union resistance at Thoroughfare Gap and began marching to battlefield. Jackson hoped the assault at Brawner's Farm would hold General John Pope and his soldiers at bay until Longstreet could arrive with the reinforcements.

Pope, however, saw this as an opportunity destroy Jackson's forces. Convinced he had Jackson trapped and pinned, Pope moved the bulk of his force in to attack him. He moved against Jackson on both flanks hoping to overwhelm the smaller army. However, Jackson was able to hold off the initial assault and the Confederate line held strong. It was at this point that Longstreet's reinforcements arrived and took up positions along Jackson's right flank. Unaware of Longstreet's arrival, Pope renewed his attacks against the Confederate position.

Confederate troops had mass artillery which devastated the advancing Virginia Union Army. Longstreet then launched a counter attack of 28,000 men completely squashing the Union Left flank. This assault was the largest simultaneous mass assault in the entire Civil War by any army. The result was an immediate Union retreat back to Bull Run and a decisive Confederate victory once again in Prince William County. The Union was defeated and only avoided a rout due to the actions of the rear guard.

This second version of war in this area was much more devastating for the Union then last time. The Union lost over 14,000 soldiers (approximately 14,462 soldiers) and the Confederate lost half of that amount with only over 7,000 deaths (approximately 7,298 soldiers). However, a thing that remained the same between both battles is that the Union lost to the Confederacy when reinforcements arrived. They once again held a strong advantage over the Confederate troops, but couldn’t muster a counterattack when the Confederate troops shot back. General John Pope was relieved of duty and taken out of the war.

The park is open daily from dawn to dusk.