The Fairfax Public School (Old Fairfax Elementary School Annex) consists of two sections built in 1873 and 1912. The school stands as a monument to a movement away from one-room schoolhouses to uniform public education. However, the building also provides a window into racial divisions that held firm in Fairfax during the many decades following the Civil War, including once functioning as the home to a newspaper published by the Klu Klux Klan. Today, the building is home to the Fairfax Museum and Visitors Center. 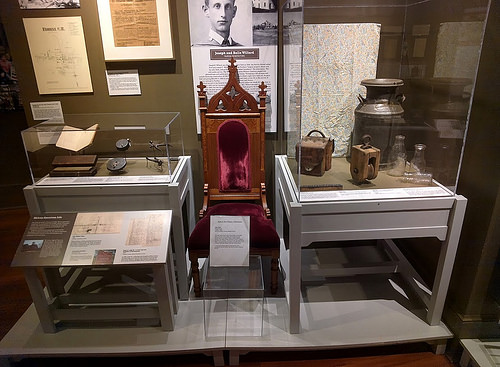 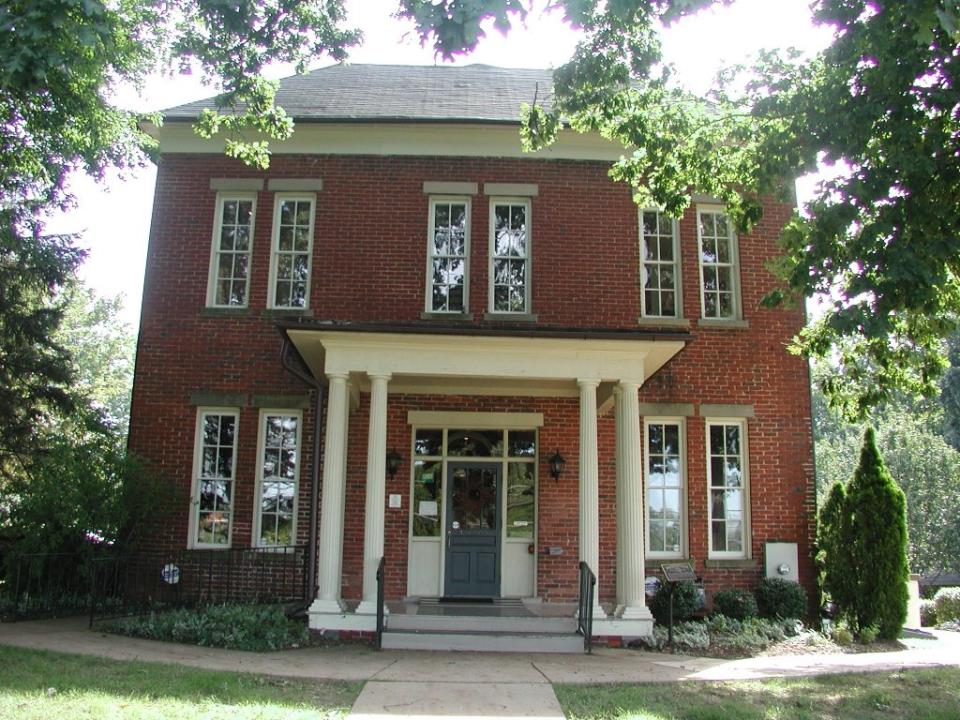 The two-story, brick Fairfax Public School (Old Fairfax Elementary School Annex) consists of two sections built in 1873 and 1912. The school stands as a monument to a movement away from one-room schoolhouses to uniform public education. However, the building also provides a window into racial divisions that held firm in Fairfax during the many decades following the Civil War. The building now houses the Fairfax Museum and Visitors Center.

The original building, finished in 1873, served Fairfax as the town's first elementary school, as well as the first brick public school in Fairfax County. The construction of the building arrived three years after the Virginia General Assembly passed "An Act to Establish and Maintain a Uniform System of Public Free Schools." At the time of the building's construction, forty-one schools operated in Fairfax County, with forty of them existing as one-room schoolhouses.

An interesting debate arose in the town and county surrounding the construction of the school. A newspaper editorial criticized the choice to fund the school as it was nicer than most kids' homes, and thus an unnecessary extravagance. Moreover, the paper worried that such a nice school for white children would possibly lead to a desire by African Americans to want the same for their children. (However, deeds of that time show that children of color during that time likely remained in one-room schoolhouses, notably a building on the west end of town.

A two-story addition was added in 1912. The original building and its annex operated as a school until 1925 when the city sold the building to the Ku Klux Klan (Cavaliers of Virginia chapter), again demonstrating the role of race in Fairfax history during the late nineteenth and early twentieth centuries. However, a fire in 1932 damaged the structure and forced the KKK (who mainly used it to print a local newspaper) to file for bankruptcy.

The building did not get repaired until five years later in 1937 when the Fairfax County School Board again took control of the building and returned the building to its original function as a school. By the 1950s, the county used the main building for elementary studies while the annex was used to host special education classes.

During the 1970s, the building transitioned into a school administration office building as part of the Northern Virginia Police Academy. Finally, on July 4, 1992, after undergoing five years of renovations, the building became the new home to the Fairfax Museum and Visitor Center, which remains in place today. The museum features exhibits showcasing Fairfax and Northern Virginia history.

The Fairfax Museum and Visitor Center provides information on both the past and present state of Fairfax. The Museum includes artifacts from the Civil War and explains both the battles in the area and the effects that the War had on area growth. Rotating exhibits feature art, technology, or individual stories of war experiences.

The Fairfax Visitor Center offers information about the current city of Fairfax. The volunteers who work at the center are able to give information to tourists on lodging, recreation, and special events in the area.

The Museum and Center offer seasonal, 90-minute walking tours of the Historic District. The first stop on the tour is the Museum itself, the oldest remaining two-story brick schoolhouse in Fairfax. Built in 1873, the Fairfax Elementary School cost taxpayers $2,750. The bricks were made across the street at the Farr property. The tour continues on to several notable architectural examples in the city: the Dr. William Gunnell House (ca. 1835), Fairfax County Courthouse (1800), and the Ratcliffe-Allison House (1812). This tour explains how the city of Fairfax was shaped through architecture and personal history.

Historic Fairfax City, Inc. (HFCI), the advisory board to the City of Fairfax Office of Historic Resources, manages the operation of City-owned properties. It is a non-profit organization that helps raise funds for building preservation. Proceeds from the walking tour go to these preservation efforts.

Outside the Historic District are properties that showcase the 19th-century rural heritage of the area, and its 20th-century transformation into a Washington, D.C. suburb. You can visit the 1859 Blenheim farmhouse, famous for inscriptions left by Union Soldiers during its occupation. Listed in the National Register of Historic Places, the annual Fairfax Civil War Day is hosted at Blenheim. Also nearby is the Tastee 29 Diner, which is also listed in the NRHP.

Open daily from 9am to 5pm