The African American Cultural & Historical Museum (AACHM) has a mission “to research, collect, preserve and exhibit cultural and historical materials about the life and work of African Americans in Washtenaw County.” The AACHM offices are currently housed in an 1830s farmhouse known as the David R. Byrd Center, and a new museum facility is being constructed. In the meantime, this “museum without walls” focuses its efforts on educational programming through traveling exhibits, guided tours, festival booths, cultural events, and collaboration with other institutions.

The David R. Byrd Center, currently the home of the AACHM 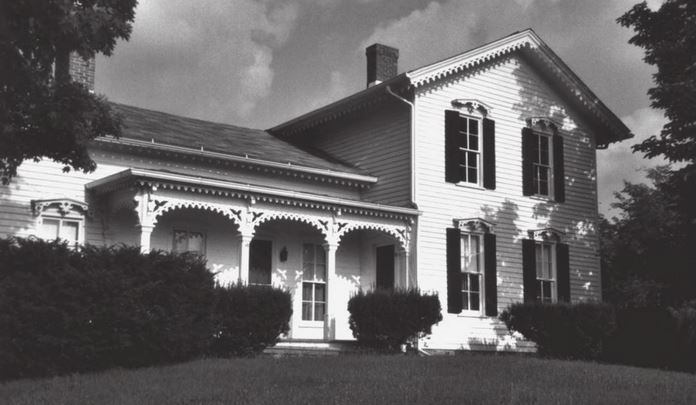 The future home of the AACHM is located at 1528 Pontiac Drive. It is expected to be under construction until 2017. 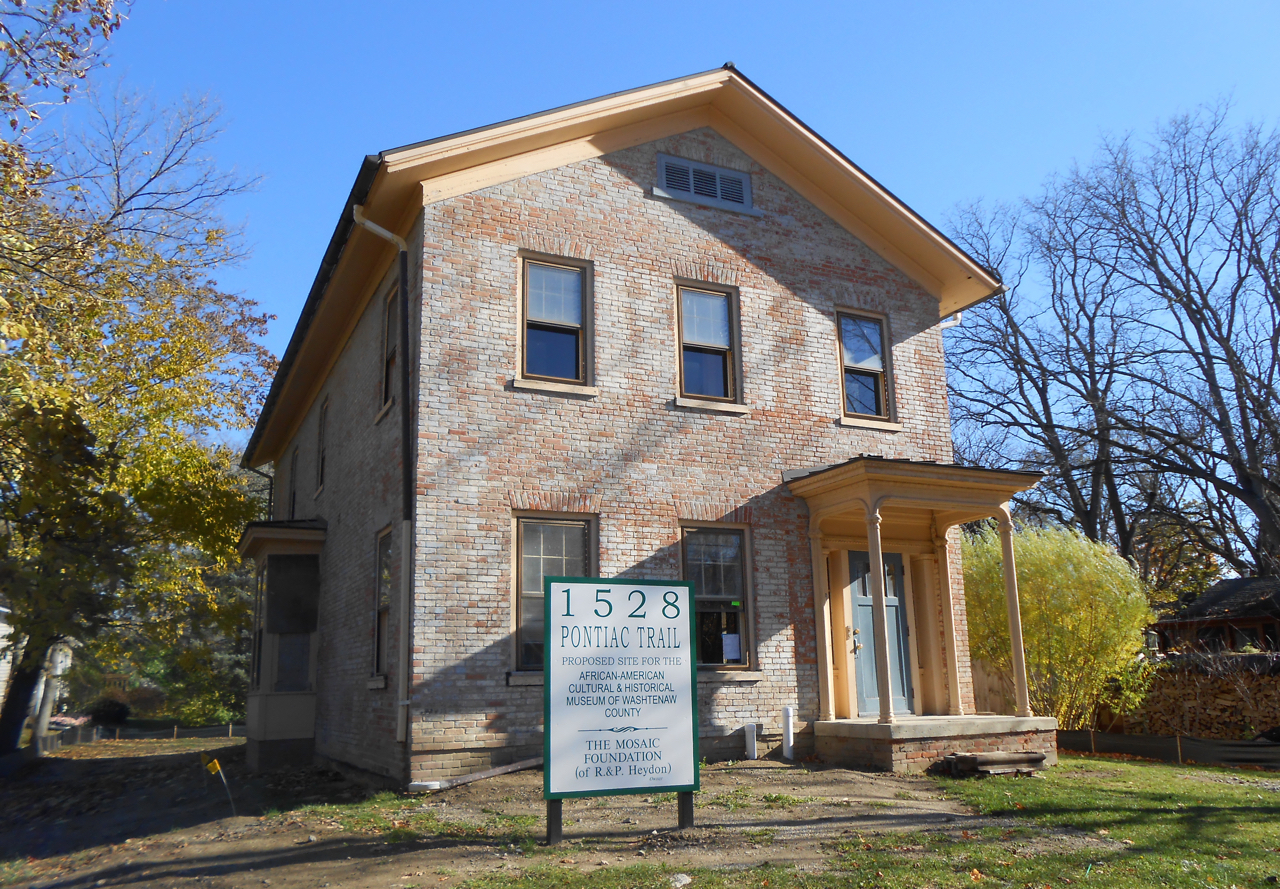 Some of the founders and board members of the museum 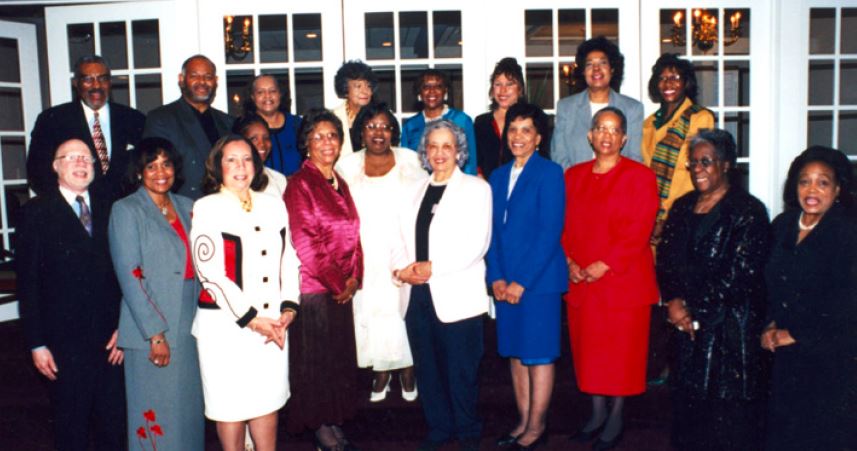 Article announcing the creation of the museum in 1993 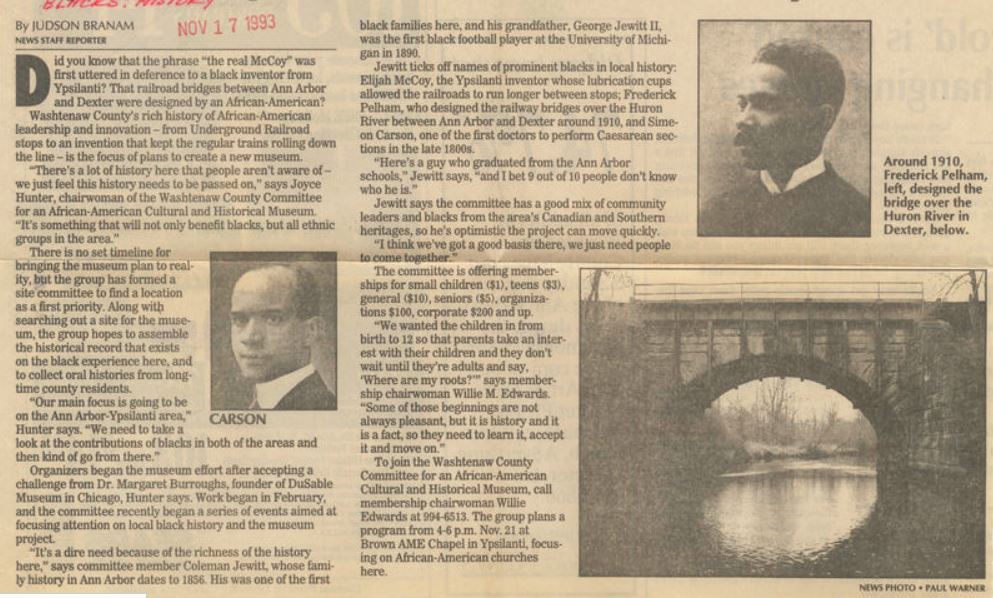 Visitors on the Underground Railroad Tour, one of the museum's most popular and important programs 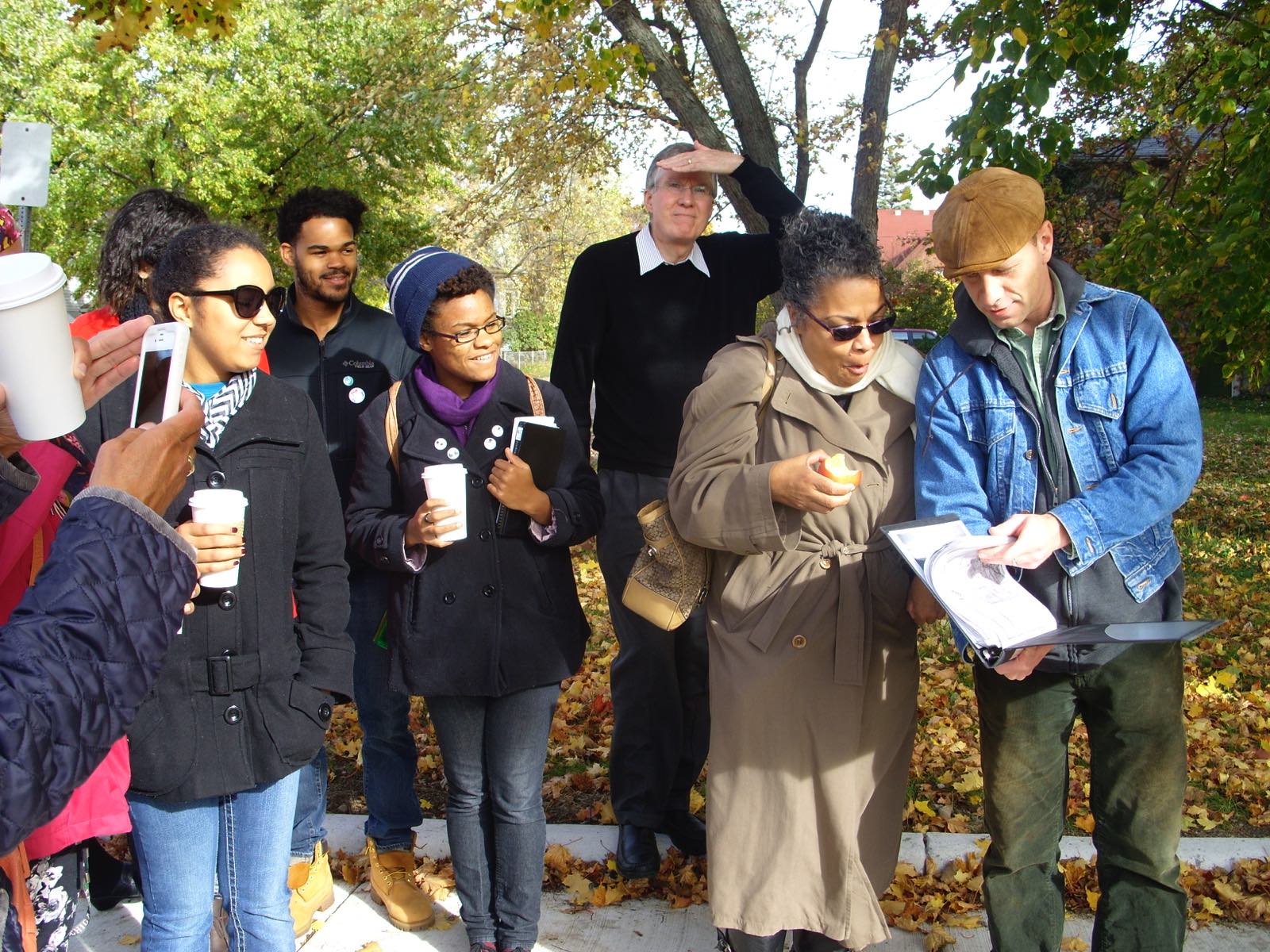 On the Underground Railroad Tour, a boy investigates a small room below a trap door, believed to house fugitive slaves 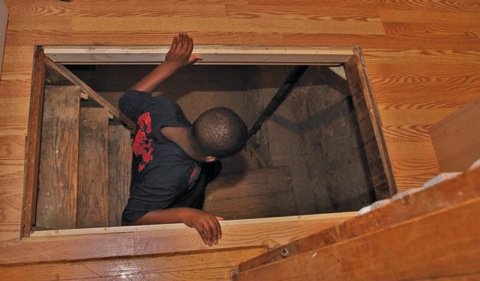 A temporary exhibit on the Aray family, conductors on the Underground Railroad, including a prized gourd doll made by one of the Aray family members that was recently donated to the museum by a descendant 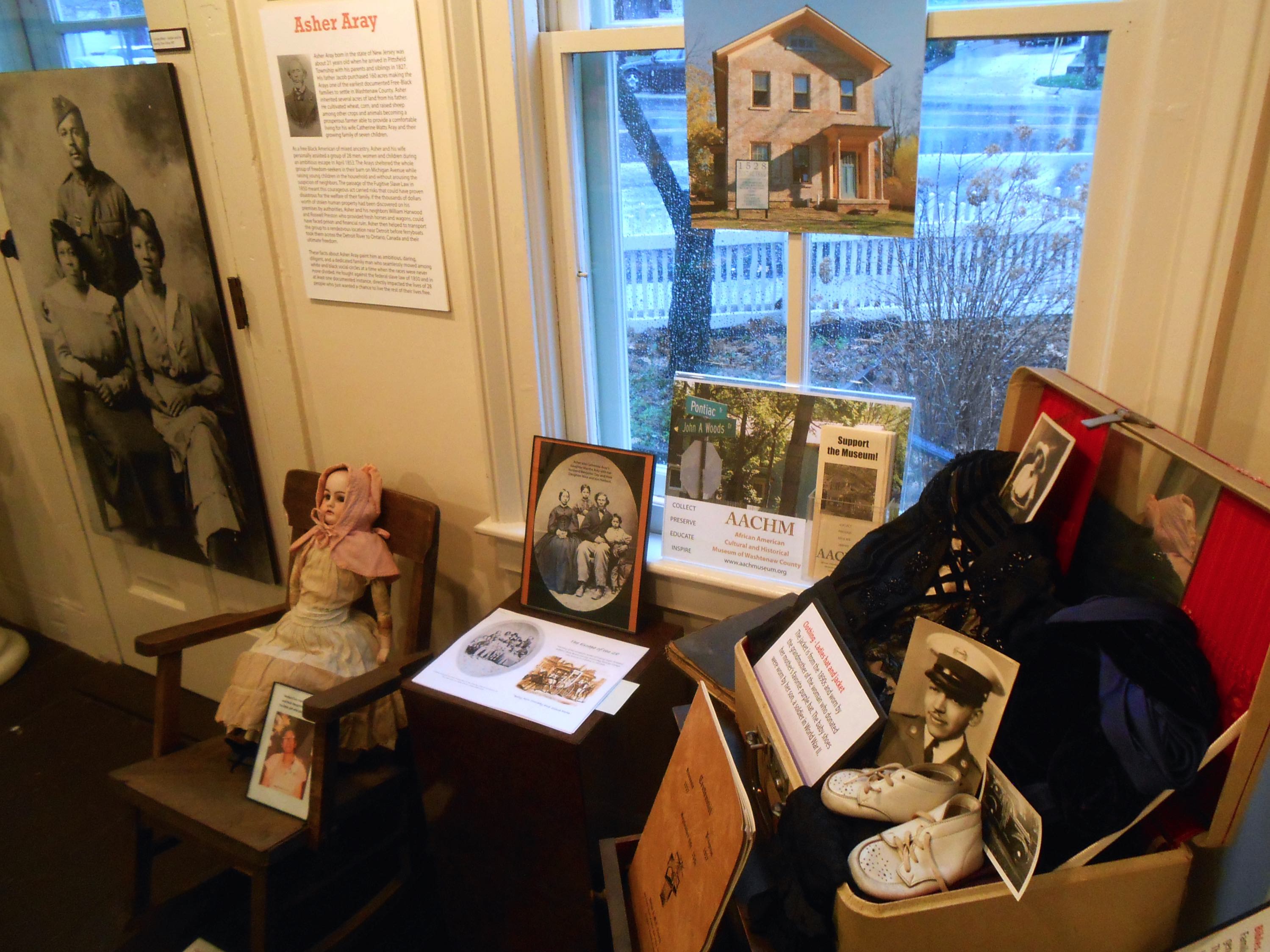 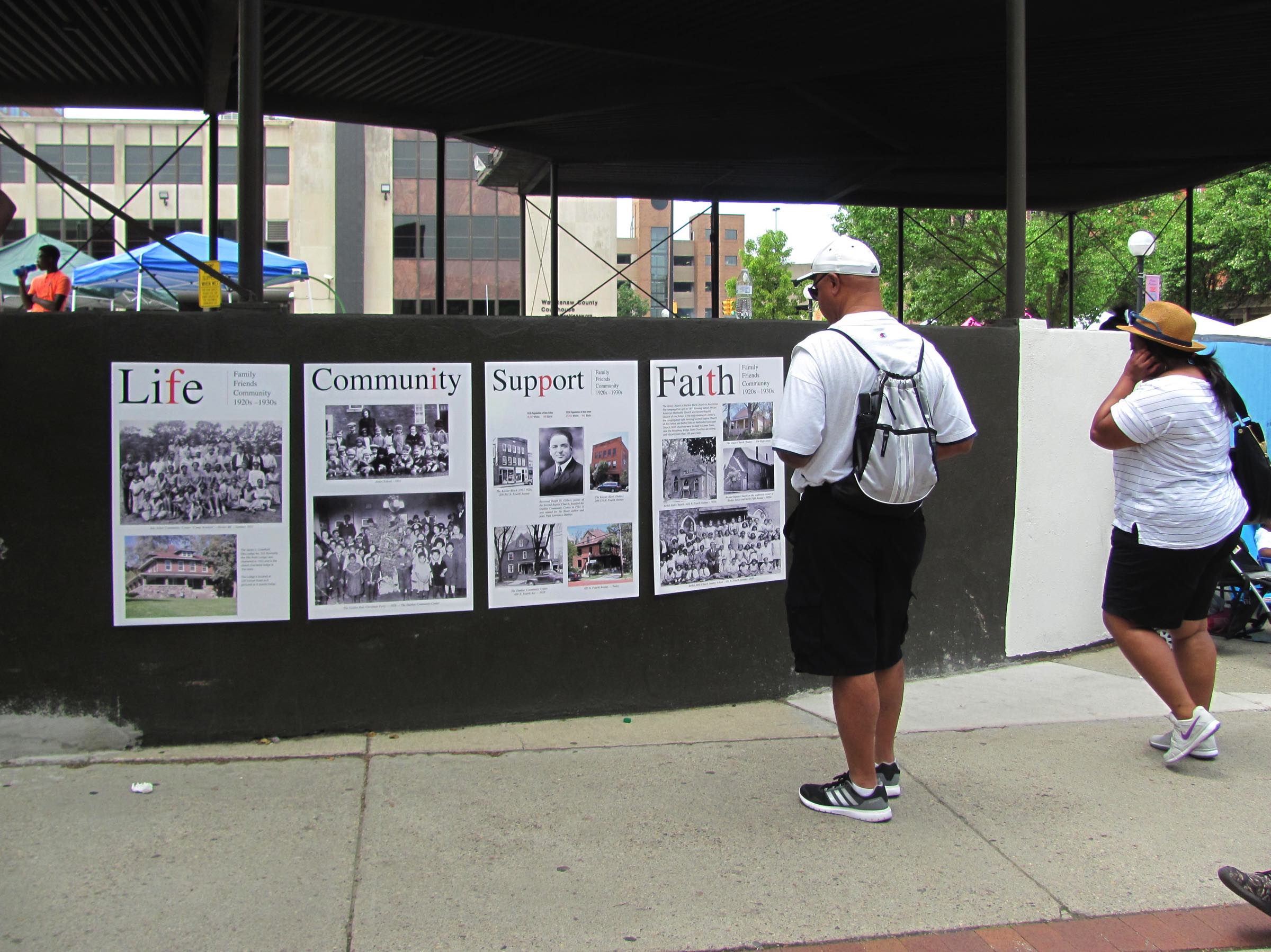 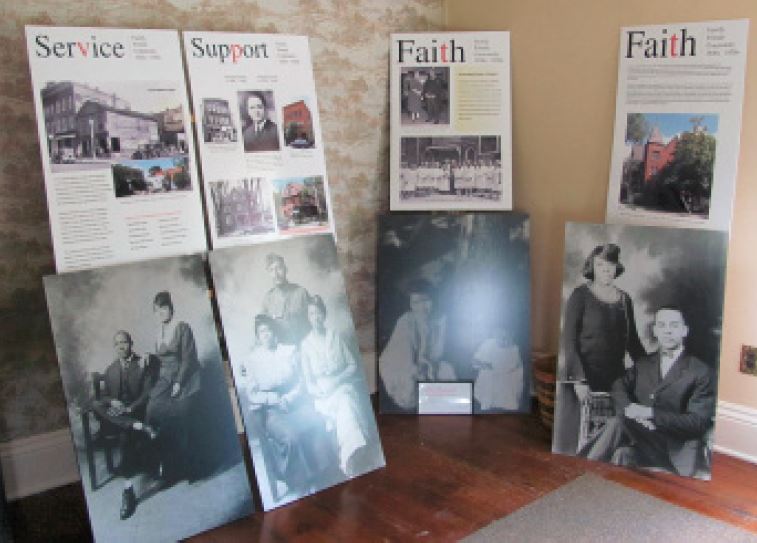 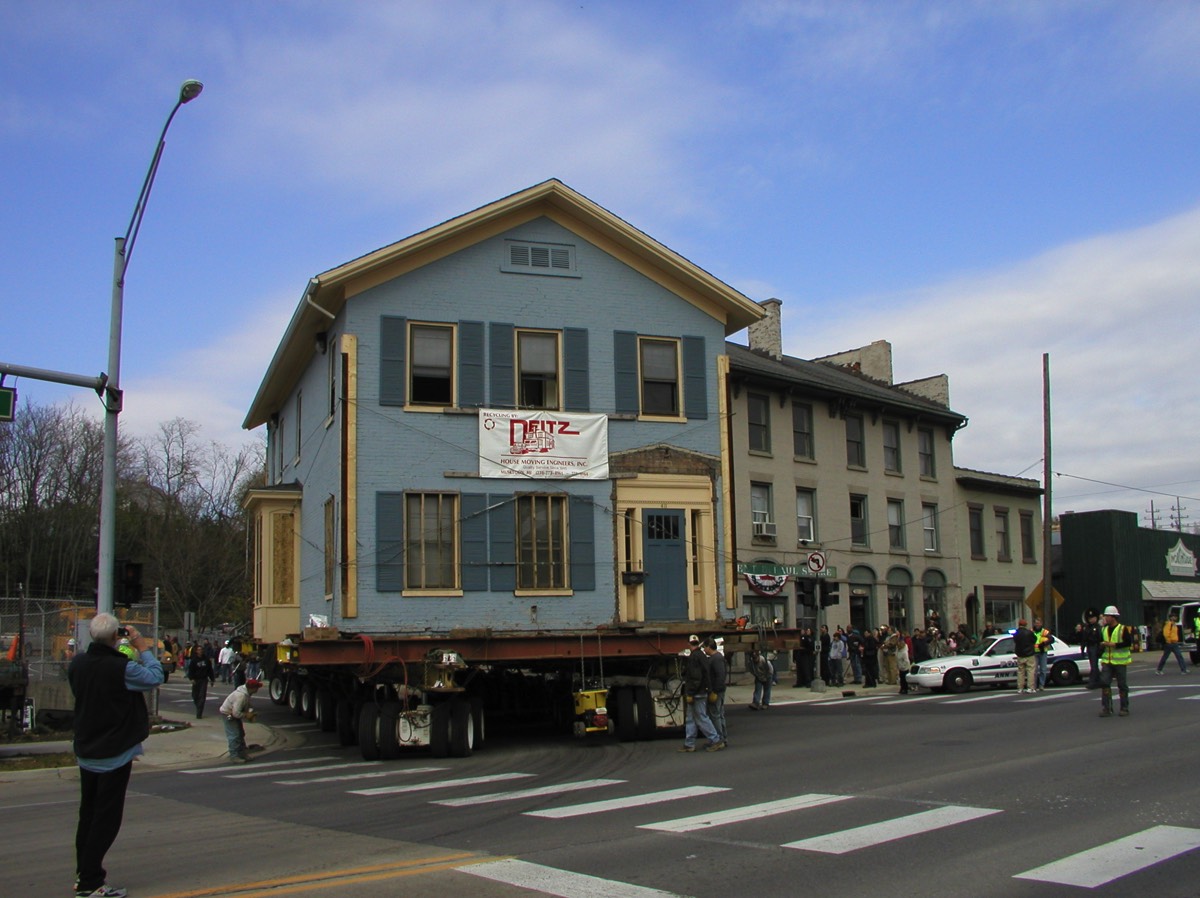 Construction continues on the future site of the museum 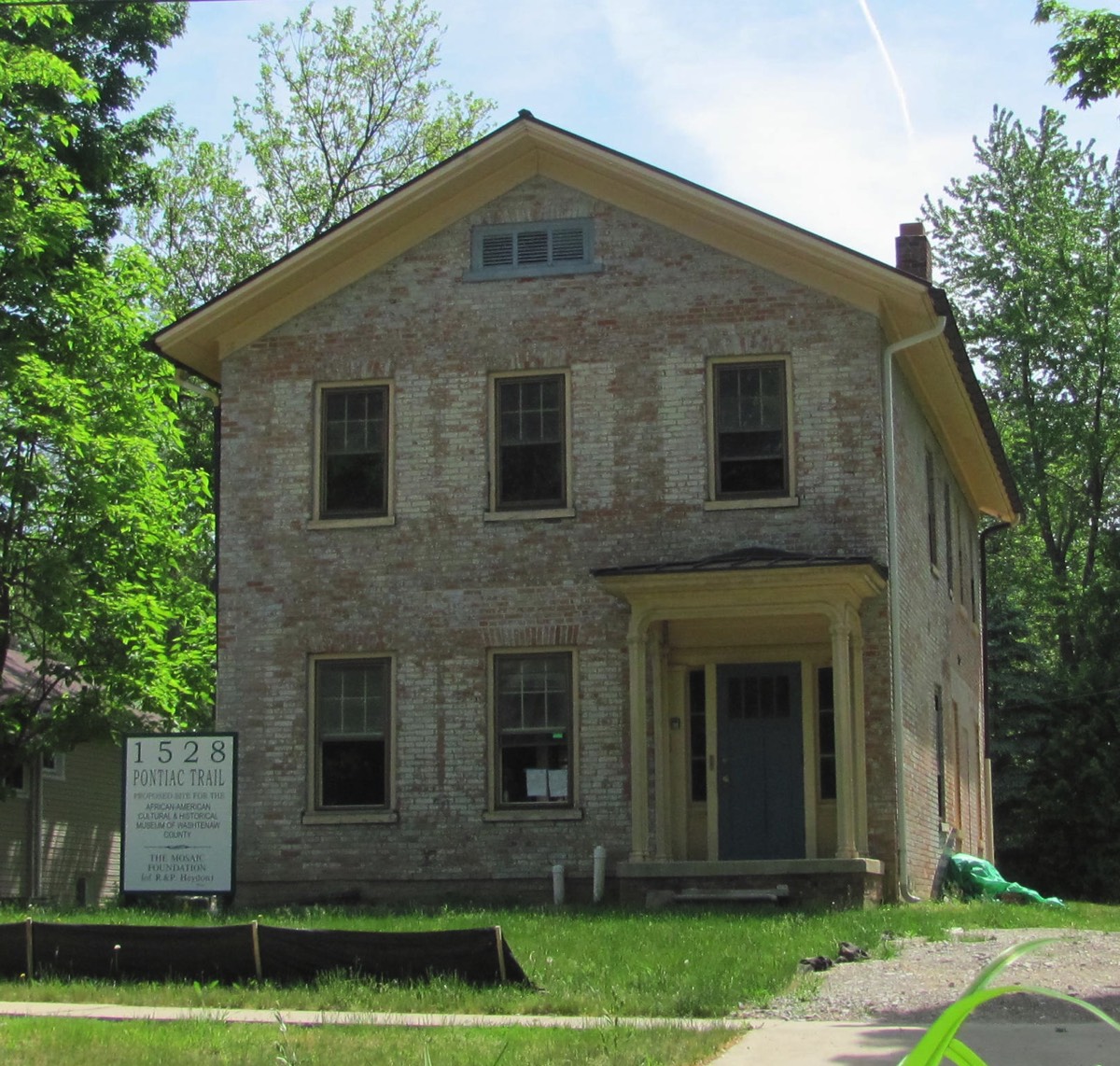 The first meeting to organize the creation of AACHM was held on March 13, 1993. By 1996, the museum had gained 501(c)(3) status and had administrative offices in the NEW Center for Nonprofits. The following year, the museum was awarded a matching-funds grant of $10,000 from the Mosaic Foundation for strategic planning and development. In 2005, the offices were moved to the David R. Byrd Center, an 1830s farmhouse.1 David R. Byrd was an African American architect who meticulously restored the farmhouse during the 1970s and 80s. His wife Letitia made it her mission to turn the farmhouse into a tribute to him and his contribution to architecture in the area. There is currently ongoing construction for a new museum in the historic 1848 Albert Polhemus house, which was moved from downtown East Washington Avenue to Pontiac Trail in 2006.2

Since its founding, AACHM has worked with other institutions and events in the area to create temporary traveling exhibits and to provide educational opportunities on African American history.  While the new museum building is being renovated, volunteers are actively seeking out donations of artifacts and archives to build the museum’s collection. One of the museum’s most prized artifacts is a gourd doll made by a descendant of Asher and Catherine Aray, African American pioneers who moved to the area in 1827 and were conductors on the Underground Railroad.3 One of the museum’s main programs is “Journey to Freedom,” a guided bus tour of Underground Railroad stops in Ann Arbor. Other tours and presentations cover the role of African Americans in the Civil War, Emancipation Day, and historic Ypsilanti.4 The museum’s Living Oral History Project records interviews with elderly Washtenaw County residents to document the lives of African Americans during the 20th century. The project is the result of a grant from the Michigan Humanities Council, in collaboration with the Ann Arbor District Library, and will serve as the base of an exhibit at the new museum building.5 AACHM also hosts a Focus on the Arts Program covering African American arts, literature, and music. An annual Evening of Dinner and Jazz fundraiser is put on every December.4

By appointment. The new museum building is currently under construction and expected to open in 2017.