The Capitol Visitors Center is housed in the restored 1856 General Land Office building, the oldest surviving state office building. This building served as the Land Office for about 60 years. Today it is the oldest surviving state office structure and houses the Texas Capitol Visitors Center. It was added to the National Register of Historic Places in 1970 and declared a National Historic Landmark in 1986. 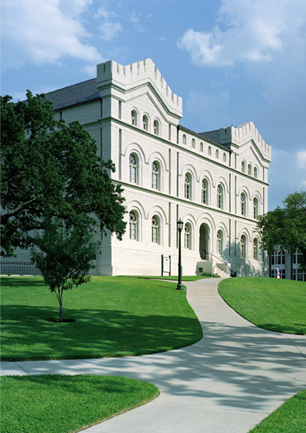 The General Land Office in the 1870s 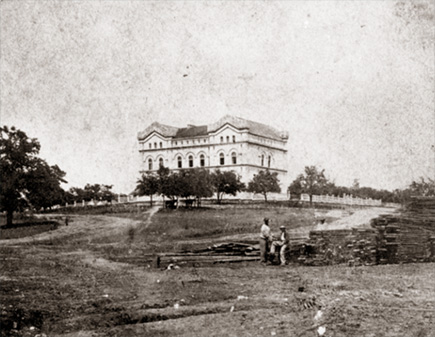 The Capitol Visitors Center is housed in the restored 1856 General Land Office building, the oldest surviving state office building. The building is located on the southeast corner of the Capitol Grounds. The “castle” was designed by the German architect Christoph Conrad Stremme to serve as the General Land Office (from 1857–1917). William Sydney Porter (O. Henry) worked here as a draftsman from 1887–91. The building was listed on the National Register of Historic Places in 1970.

The first Capitol structure burnt through the grounds in November of 1881. The same year architect Elijah E. Myers won the competition to design the new Capitol building. The new Capitol building, intended to house the state government, was officially opened after 15 months of construction. The foundation and basement walls, second-floor walls and the copper roof were constructed a few years later. The zinc Goddess of Liberty statue on top of the dome was placed in February of 1888.

While in the Capitol, most people like to see the legislative chambers. The House Chamber, the Capitol's largest room, is located on the western side of the second floor and houses 150 representatives when the House is in session. The original flag from the Battle of San Jacinto and other artifacts are on display in the House Chamber. Also located on the second floor, but on the eastern side, the Senate Chamber still contains the original Senator desks purchased in 1888. A collection of 15 historical paintings adorn the walls of the Senate Chamber.

Other points of interest in the Capitol include the original Governor's Office, original Supreme Court Courtroom, and original State Library. Additionally, several monuments, including one dedicated to the heroes of the Alamo, are located on the grounds of the Capitol Complex.