Erected in 1903 by a group led by Confederate veterans, this monument features Confederate President Jefferson Davis flanked by bronze figures that depict the navy, artillery, infantry, and cavalry. The monument was dedicated to the memory of Texas men who died in service to the short-lived Confederate States of America, a rebel government that attempted to secede from the United States but were defeated during the American Civil War (1861-1865). Located on south grounds of the Texas State Capitol, five bronze figures on a gray granite base flank Confederate president Jefferson Davis, a curious choice given the widespread criticism of Davis's presidency by many Texans. Etched in the base are the names of the thirteen states which formed the Confederacy as well as main the battles fought between 1861 and 1865. Pompeo Coppini executed the bronze figures and Frank Teich erected the monument. In recent years, many residents have called for the removal of this monument owing to its glorification of Jefferson Davis and others fought for slavery and against the United States government. 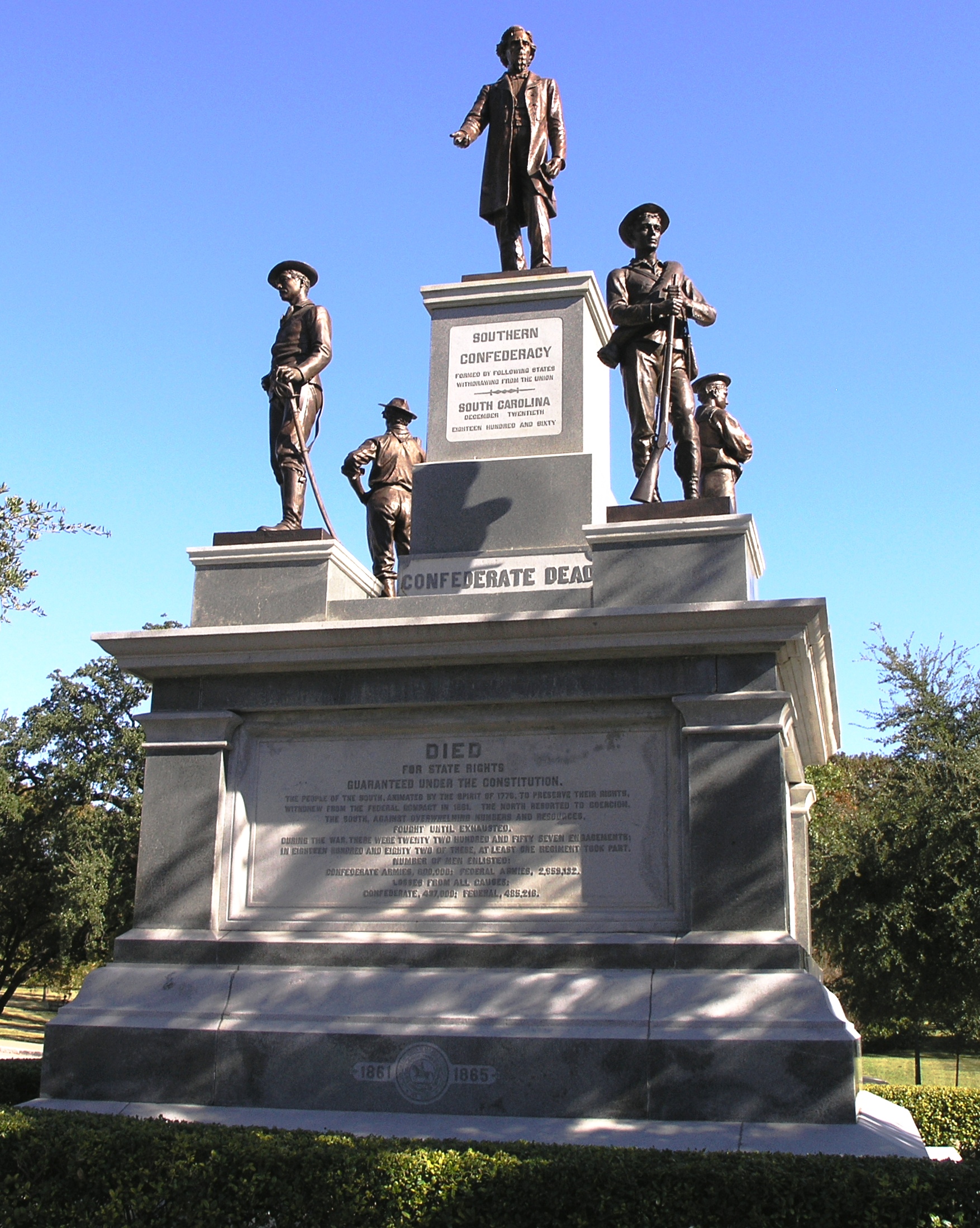 For modern political leaders, the association between these monuments and their intent is deeply troubling. “The removal of Confederate iconography from the Texas Capitol and its grounds is long overdue," stated Texas state representative Eric Johnson in the summer of 2017. "Just forty steps from my office is a plaque that praises the ‘heroic deeds’ of the Confederate Army and states that the underlying cause of the Civil War was not slavery.”