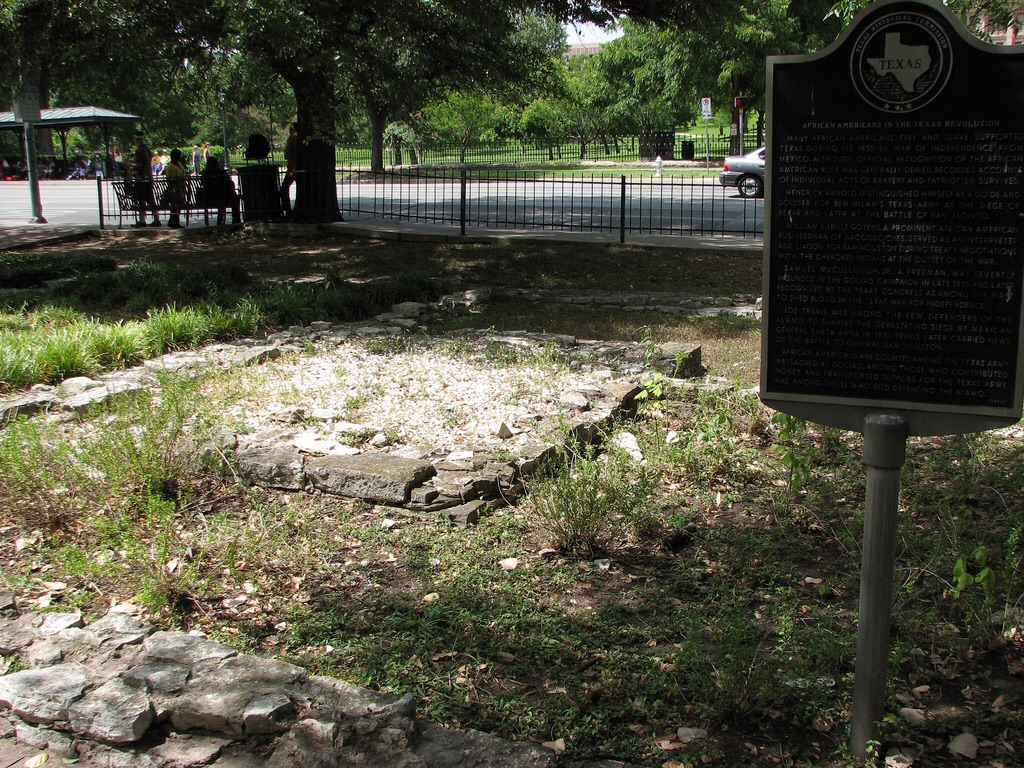 Goyens in conference with a Native American 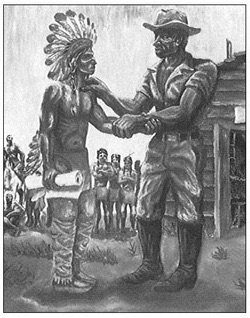 Goyens was born in 1794 in Moore County, N. Carolina to a free mulatto and a white woman. It is believed that Goyens arrived in Nacogdoches, TX in the early 1820s.  During his time in East Texas, he became a successful businessman. As well as being a Blacksmith and a wagon maker, he was involved with hauling freight from Natchitoches, Louisiana. On an 1826 trip to Louisiana, William English attempted to sell Goyens into slavery.  In order to gain his freedom, English demanded that Goyens turn over his own slave woman and work off his debt, somewhat like an indentured servant. Goyens could still participate in trade himself within this agreement. Upon returning to Nacogdoches, Goyens successfully sought legal negation of this agreement.

Goyens had Cherokee ancestry, which likely was instrumental to his success as a mediator and interpreter for Sam Houston. In 1832, Goyens married his wife Mary, a white widower from Georgia. Although interracial marriages would have been unusual at the time, Goyens possessed a light complexion that is believed afforded him greater social mobility. After the revolution was over, Goyens purchased an estate outside of Nacogdoches that later became known as Goyens’ Hill. Despite efforts by his white neighbors to challenge and take his wealth, Goyens acquired great deals of wealth in real estate during his later life.