The first classes of the University of Texas (UT) were held on September 15, 1883. Of the original 218 students, 52 were in the law program. The law professors were Oran M. Roberts, former Governor of Texas, and Robert S. Gould, former Texas Supreme Court Justice. The law school was one of only two schools housed at the university at the time. The other was the school of liberal arts. 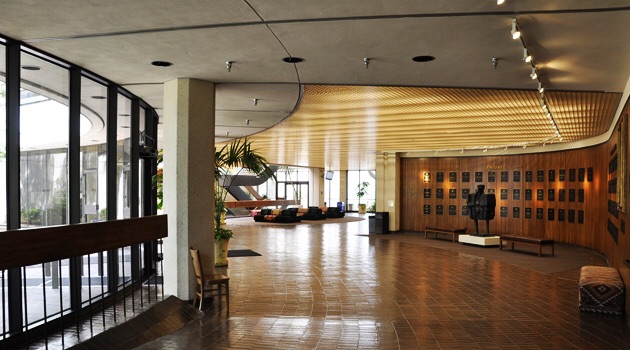 Postcard if the school in the early twentieth century 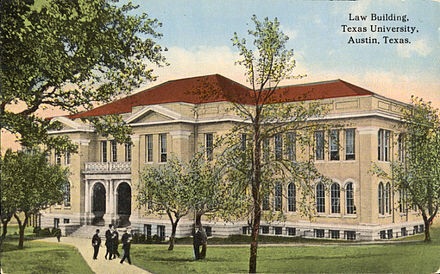 The school has been involved in a few high profile cases. In the 1950 case Sweatt vs. Painter, Herman Marion Sweatt sued the school in a civil rights case due to being refused admission. When the case was first brought to court, there was no law school in the state that admitted Black students. The case was continued for six months by the Texas trial court to give the state time to establish a law school for Blacks in Houston. The Supreme Court ruled that the new school in Houston did not offer an equal education and ordered that Sweatt be admitted to the University of Texas School of Law.
The school was involved in another high profile court course in the late nineties. In the 1996 case Hopwood vs. Texas, a White American woman sued the school because she believed that minority candidates with fewer credentials had been admitted when she hadn't due to affirmative action. This case went to the United States Court of Appeals for the Fifth Circuit, which ruled that race may not be used as reason for admittance for the purpose of creating a more diverse student body. However, Supreme Court case Grutter vs. Bollinger (2003), which involved the University of Michigan, effectively reversed the 1996 court decision by ruling that the U.S. Constitution "does not prohibit the law school's narrowly tailored use of race in admissions decisions to further w compelling interest in obtaining the educational benefits that flow from a diverse student body."