One of the oldest African American Congregational churches in the United States, First Congregational Church of Atlanta dates back to 1867 when former slaves and free men and women of color gathered together to hold services. The congregation received support from the American Missionary Association, a group of Northern African Americans and whites who traveled to the South and helped establish schools and churches in the aftermath of the Civil War.

This historic church was constructed in 1908. By this time, membership of the church was entirely black but the church had white and black members in its early years. 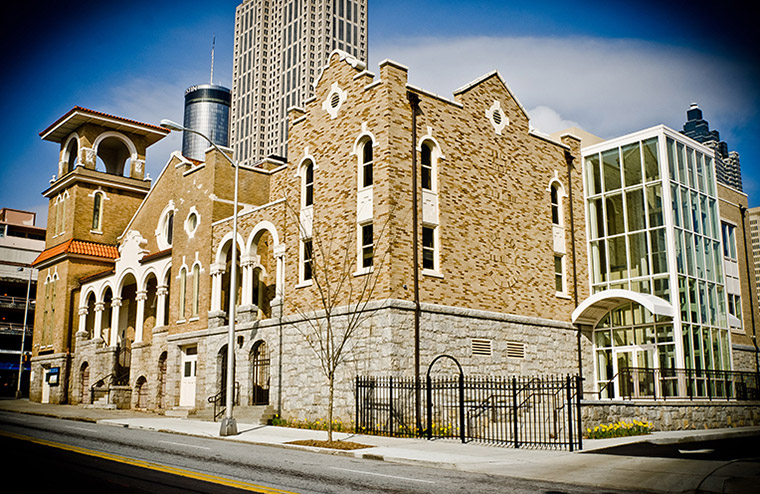 A panel of stained glass in the sanctuary 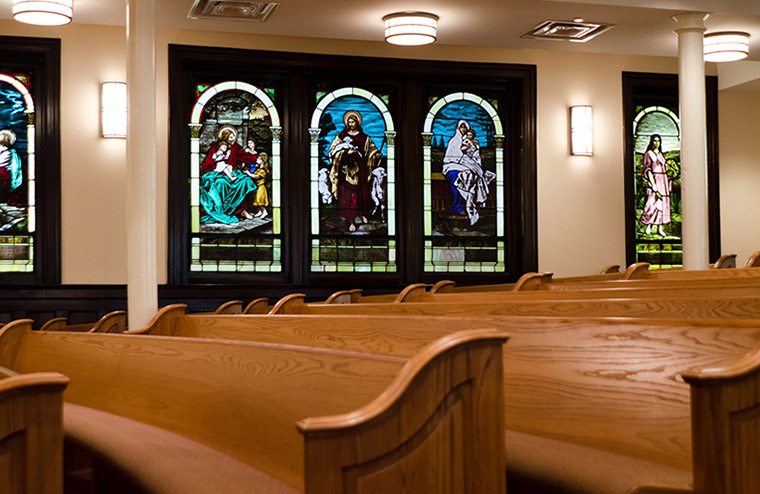 Courage to Dissent: Atlanta and the Long History of the Civil Rights Movement-Learn more about this book by clicking the link below. 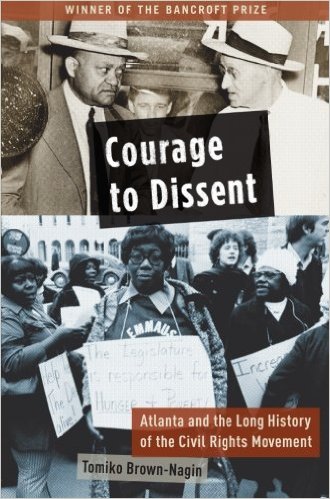 Race, Social Reform, and the Making of a Middle Class: The American Missionary Association and Black Atlanta, 1870-1900 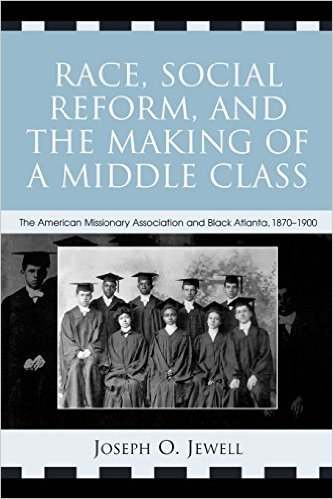 Missionaries from the American Missionary Association (AMA) established the Storrs School in 1865. This school, located on Houston Street near Piedmont Avenue became a gathering place for African American residents of the city and served as both a school and a meeting place for religious services. In 1867, African American residents of Atlanta, together with white missionaries from the AMA organized the Congregational Church of Christ.

The congregation met at the Storrs School until 1877, when the AMA secured land on the corner of Houston and Courtland Streets. Members contributed money and labor to build a modest frame church. The church was pastored by white members of the AMA until 1894, when Dr. Henry Hugh Proctor took leadership of the congregation. In 1908, Proctor secured the construction of the present building. Dr. Booker T. Washington, the most famous black educator of the era, attended the dedication of the new church.

At this time, the church established numerous missions and outreach programs. The church also offered educational programs for the community, including courses for young children to prepare them for school and classes for adults. Reflecting the growth of segregation in public accommodations and the discrimination faced at public institutions, the church also maintained a library and employment bureau, as well as a gymnasium.