The Dixie Coca-Cola Bottling Company Plant is the oldest surviving structure directly connected to the early production of Coca-Cola. The building served as the headquarters for Coca-Cola's parent company, Dixie Coca-Cola Bottling Company, from 1900 to 1901. A uniquely shaped building located on a corner, the Victorian-styled structure itself was built in 1891 and originally served as living quarters on the second floor and housed shops on the first floor before transforming into the Coca-Cola Bottling Plant. During its time operating as the Bottling Plant, the offices were located on the second floor, and the factory for syrup production could be found in the basement. 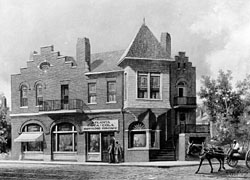 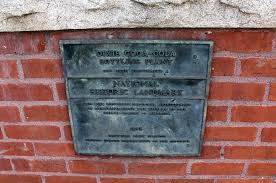 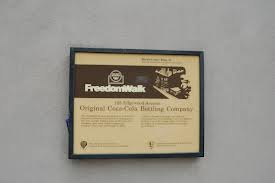 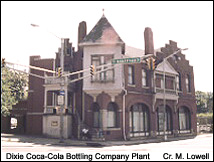 Asa Candler, head of Coca-Cola, was mostly uninterested in bottling the popular soft-drink. "Coke," as it was famously called, was primarily distributed by taps at local soda shops through the 1880s and into the 1890s. Candler was solicited by several individuals who wanted to bottle the drink. Benjamin Thomas and Joseph Whitehead gained exclusive rights to bottle Coca-Cola and distribute it throughout the Southeast, Southwest, and Midwest. Thomas then opened the first plant in Chattanooga, and Whitehead, along with investor John Lupton, opened the second plant in downtown Atlanta. Whitehead began marketing the product, and the business quickly outgrew the original facility. The structure was designated a national historic landmark in 1983 and today houses the Georgia State University Baptist Student Union.